In the Anthropocene we are Responsible for the Planet’s Future 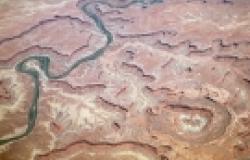 James (Jai) Syvitski and Brett Cherry argue that for scientists the Anthropocene has been a wakeup call.

On this planet humans are radically changing the land, air and water. In many cases this is unavoidable. All species have some degree of impact on the environment in which they live, but in the case of humans it is magnitudes greater. We are now the force driving environmental systems which has led to a new geological epoch — the Anthropocene.

During the preceding geological period (the Holocene) the planet’s climate was getting cooler but since human intervention it’s heating up at a faster rate than we have ever experienced before. We are releasing enough greenhouse gas emissions in the atmosphere that it is intensifying the hydrological cycle, leading to more rainfall in some areas, and making others dryer. But it’s not only the climate we’re changing. Humans are moving around more sediment (silt, sand, gravel etc) than all the rivers, ice sheets and desert winds in the world combined. We are a geological force to be reckoned with.

A meeting of the International Geosphere-Biosphere Programme in 2000 was pivotal in making the Anthropocene known within the scientific community, with Nobel Prize winning chemist Paul Crutzen emphasising the central role of humanity to planetary change. The IGBP would coordinate much of the science that later became part of the Intergovernmental Panel on Climate Change (IPCC). Anthropocene was used earlier by another scientist Eugene Stoermer, and with Crutzen they wrote an article about it for IGBP’s newsletter. In this passage they describe the ‘start’ of the Anthropocene:

To assign a more specific date to the onset of the “anthropocene” seems somewhat arbitrary, but we propose the latter part of the 18th century, although we are aware that alternative proposals can be made (some may even want to include the entire holocene). However, we choose this date because, during the past two centuries, the global effects of human activities have become clearly noticeable. This is the period when data retrieved from glacial ice cores show the beginning of a growth in the atmospheric concentrations of several “greenhouse gases”, in particular CO2 and CH4. Such a starting date also coincides with James Watt’s invention of the steam engine in 1784.

Anthropocene is derived from the ancient Greek ánthrōpos meaning man or human and is not the first term to refer to how people are shaping the planet. A similar word ‘noosphere’, popularised by Vladimir Vernadsky and Pierre Teilhard de Chardin, actually has a deep philosophical, or religious quality. For scientists the Anthropocene has been a wakeup call that humans are forcing the natural.

Records for when humans first started influencing the planet as a whole begin around 1950 — the Great Acceleration. This is when the transformation of the relationship between people in the planet is most profound. For example, radioactive signals from atomic bomb explosions in the northern and southern hemispheres can be detected in most sediments around the world. Some apolitical geological scientists call this the perfect biomarker for the Anthropocene. What this may mean geopolitically is up for interpretation.

One of the major challenges we face as a species is the acceleration of urban developments. Right now there is a new 1 million population city on this planet every week. Many so-called megacities have been built on river deltas. In the past deltas were the last choice for human settlement but today over a half billion people live on them. On average these deltas are sinking 4x faster than sea level is rising; the two together spell disaster. Human activities such as shrimp farming are pumping water out of the ground causing the deltas to shrink. In the past 50 years humans have been settling on the world’s deltas, but in the coming decades they will likely be forced to leave.

People are confronting these global issues in different ways. China is using a hard engineering approach to combat coastal flooding, building a ‘Great Wall’ across its entire coastline. Ecologically this cuts off coastal environments from the sea which ironically help protect people from extreme weather.  Others are taking a more adaptive approach, including vulnerable communities in Bangladesh and other parts of the world. Developed economies likely have much to learn from them.

We are now more than ever at a time in history where we are able to glimpse into the future and understand the impacts of our actions. Climate change brings it home regardless of what you believe, but so does biodiversity loss, population growth, air pollution, drought, food and water scarcity, and numerous other environmental pressures whose socioeconomic impacts can no longer be ignored.

The cues given by the geosciences should not fall on deaf ears of researchers nor policy makers (and influencers) outside of these specialised fields. Instead the need for geoscientists to work with researchers in the social sciences and humanities has never been greater. We can continue to have conversations about the problems we face, but instead shouldn’t we be discussing where we want to go in the next 10, 50 or 100 years? In some ways this is happening through global policy initiatives such as the UN Sustainable Development Goals, and through projects that help engage people with the Anthropocene and understand what it means for them.

Unless we start creating the future we want, something in which the social sciences and humanities are essential; unless researchers know who to speak to and understand how decisions are made outside of the political world, we are in danger of cutting ourselves off from our own future. In naming the current geological period the Anthropocene it rightfully places the responsibility of the planet’s future on the species that influences it the most — us.

This blog is based on Jai’s lecture, ‘Welcome to the Anthropocene – a brief history of how humans are shaping the planet’, who received an Honorary Doctor of Science in Sustainability from Newcastle University. Jai is past Chair of the International Geosphere-Biosphere Programme and Executive Director Director of Community Surface Dynamics Modeling System (CSDMS) University of Colorado-Boulder. This blog was first published on the Institute for Sustainability's blog.