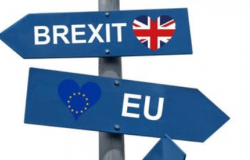 Tom Kirk, GP’s Online Editor, provides his thoughts on the first ‘Global Policy North Conference: The Challenge of Brexit for the North’ held at the University of Leeds on 20th September 2018. Alternatively, listen to Tom being interviewed about the conference here.

Delivered in the university’s grand music hall, Durham University’s Professor David Held’s welcome address framed the global rise of nationalist politics and Brexit as a British response to the ‘gridlock’ that is paralysing international cooperation over pressing global issues. And it introduced the Global Policy North network as a new hub for those interested in addressing the effects of such developments in the UK’s Northern regions. However, despite a generally upbeat appraisal of the role communication and civic discussions can play in shaping the future, David believes that we are in a new era of ‘radical certainty’ and that we cannot be sure of what may happen next.

The education panel was opened by the Vice-Chancellor of Leeds, Sir Alan Langlands, who observed that 26% of Northern Universities’ income is derived from international sources. Indeed, there was concern amongst panellists that the withdrawal of EU funding and tight migration controls could threaten the UK’s research and development excellence. In particular, Durham University’s Pro- Vice-Chancellor (Global), Claire O'Malley, worried that its reputation as a centre for physics may suffer. Nonetheless, it was argued that Northern universities must take the lead in spreading the message that Britain remains open for business post-Brexit and that networks such as GP North must be a voice for the sector’s interests. Les Walton (Chair of the Northern Education Trust) and Peter Slee (Vice-Chancellor of Leeds Beckett University) provided the view from schools, both agreeing that they must help shape our children’s value systems. This extends to their identities as both British citizens and Europeans in any future scenario. 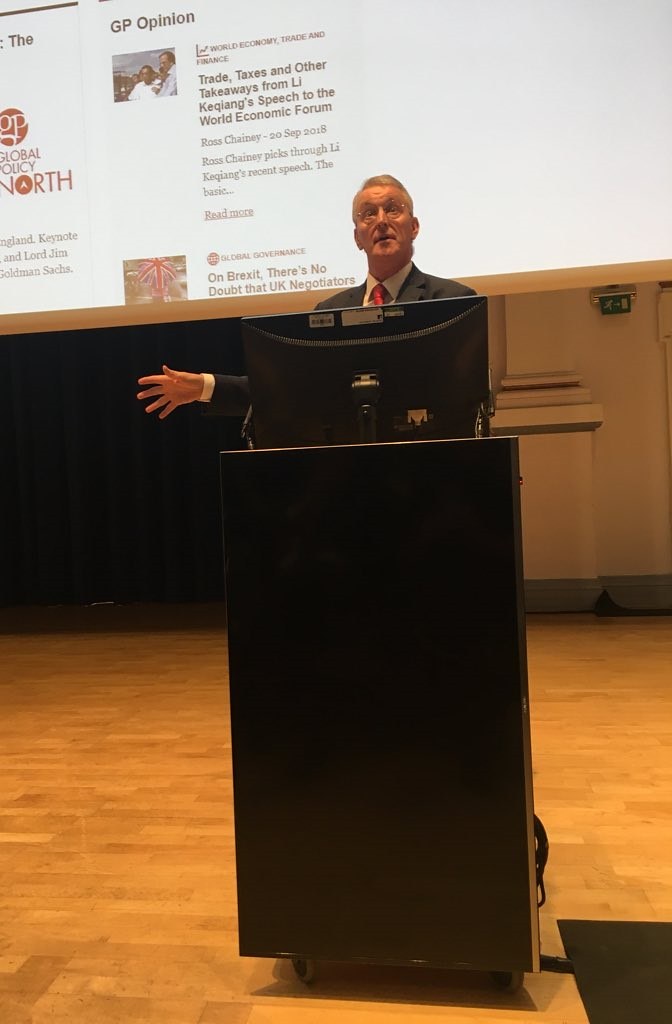 Labour’s Hilary Benn (Chair of the Exiting the European Union Committee) delivered the first of two keynote addresses. As expected, he called for the softest Brexit possible, whilst portraying a no-deal outcome as a potential disaster. To illustrate, he highlighted the uncertainty facing Northern companies that have built their business models on frictionless cross-border trade and a lack of tariffs, posing the unanswerable question of how they may fair in the event of a hard Brexit. He then offered his preferred solution of European Free Trade Association (EFTA) membership, arguing that it represents an off-the-shelf option that could even address the difficult Irish border issue. Turning to the prospects of healing the UK’s political fractures, Hilary argued that the vote to leave was partly about the ‘the disappearance of old industries and secure well-paid jobs’, and partly about ‘a desire for control’. And he suggested it is wrong and unproductive to dismissively ague that many leavers did not know what they were voting for.

In contrast, Jim O’Neill (former Chairman of Goldman Sachs and Vice Chair of the Northern Powerhouse Partnership) began his keynote by stating that: ‘I do not believe that Brexit is the most important economic issue facing the UK’. Rather, the damage of future economic shocks and decline in productivity rates, which are particularly low in the North, were at the forefront of his mind. To tackle them, Jim outlined six ‘ingredients’ for making George Osbourne’s stalled ‘Northern Powerhouse’ a reality. They focussed on the need to reenergise the region’s devolution plans, to address the lack of east-west infrastructure and transportation, to raise the standards of its underperforming secondary schools, help for businesses looking to skill up their workforces, a reversing of the brain-drain to London, and the need for central government to get serious about supporting the region’s potential. Throughout, Jim emphasised that the Powerhouse is about Northern people’s futures and that they that must ultimately own the idea. During the Q&A, however, he suggested that a major obstacle continues to be the rivalries between Northern regions and the local political battles within them.

Rob Webster (CEO of Southwest Yorkshire Partnership NHS Foundation Trust) led the health panel with the often-heard lamentation that the NHS is a ‘political football’. Yet, he quickly followed with the observation that that Brexit has likely given the institution its longest serving minister; something which has made room for more ‘changes’ than in previous eras. Less subtly, Newcastle University’s Professor David Hunter declared that he makes ‘no apologies for being political as public health is about politics’. Accordingly, he argued that there are few incentives for the current government to reverse poor staffing and provision trends in many northern regions (presumably where they do not have vote banks). And predicted that they will worsen as leading government figures have publicly expressed their desire for increased privatisation. Leeds University’s Professor Garrett Brown’s data on the levels of foreign NHS staff within different regions of the UK was next up. He used it to argue that a major post-Brexit challenge will be controlling immigration whilst also ensuring that the NHS meets its current and growing needs for staff. Yet, as Henri Murison (Director of the Northern Powerhouse Partnership) concluded, Britain’s new wave of nationalist politicians seem to have already forgotten that the service was built by immigrants such as the Windrush generation. 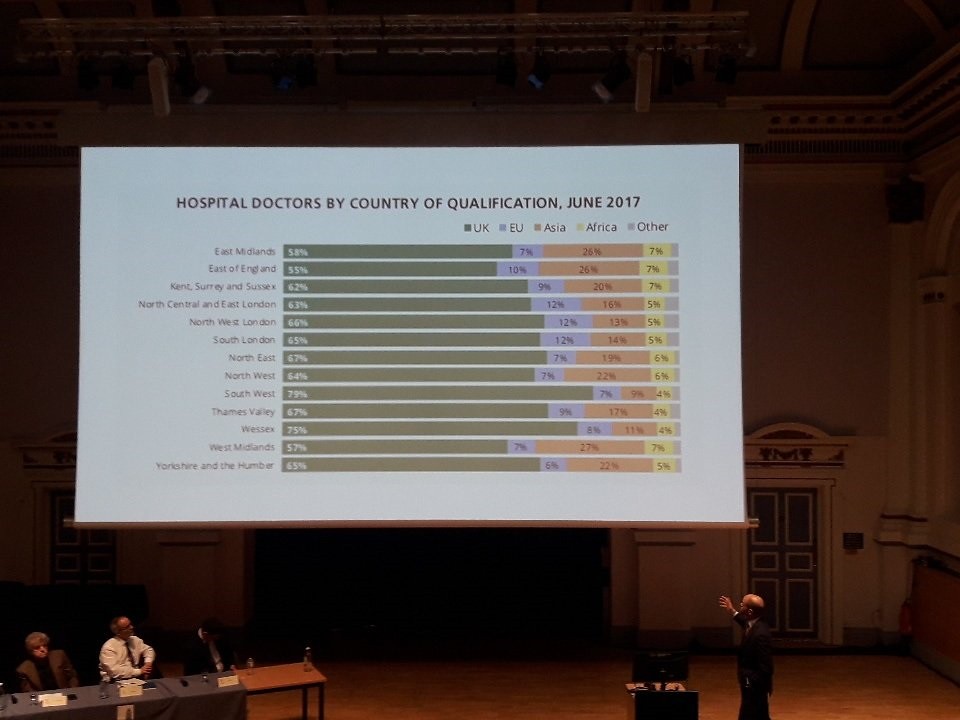 Kicking off the investment and industry panel, Anjalika Bardalai (Head of Research at TheCity UK) busted the popular myth that the North’s economy is solely based around industry and manufacturing, and the rest of the UK’s is wedded to services. In fact, both have economies comprising around 75-80% services, with significant financial services present in the North-West and Yorkshire. This suggests the region will not disproportionally suffer from, nor will it avoid, any post-Brexit downturn. Nonetheless, to prepare itself, Professor Richard Harris (Durham University) and Judith Blake (Leader of Leeds City Council) called for an industrial strategy that takes power and decision-making authority away from Westminster. This echoed others’ arguments for focussing on those long-term policies and planning horizons favoured by foreign investors. Next, the panel then focussed on immigration, with Margaret Burton (Partner, Global Immigration, EY) highlighting the difficulties businesses outside of London currently face in attracting foreign staff and the need for Brexit negotiations to secure streamlined immigration routes. To conclude, former diplomat and HM Ambassador to Japan, Sir David Warren, provided his bleak assessment that following Brexit countries such as Japan that could formerly engage with the UK’s northern regions through the EU’s structures will slowly drift away and look for opportunities elsewhere. Put another way, rather than disinvesting they are like to refrain from new investing. 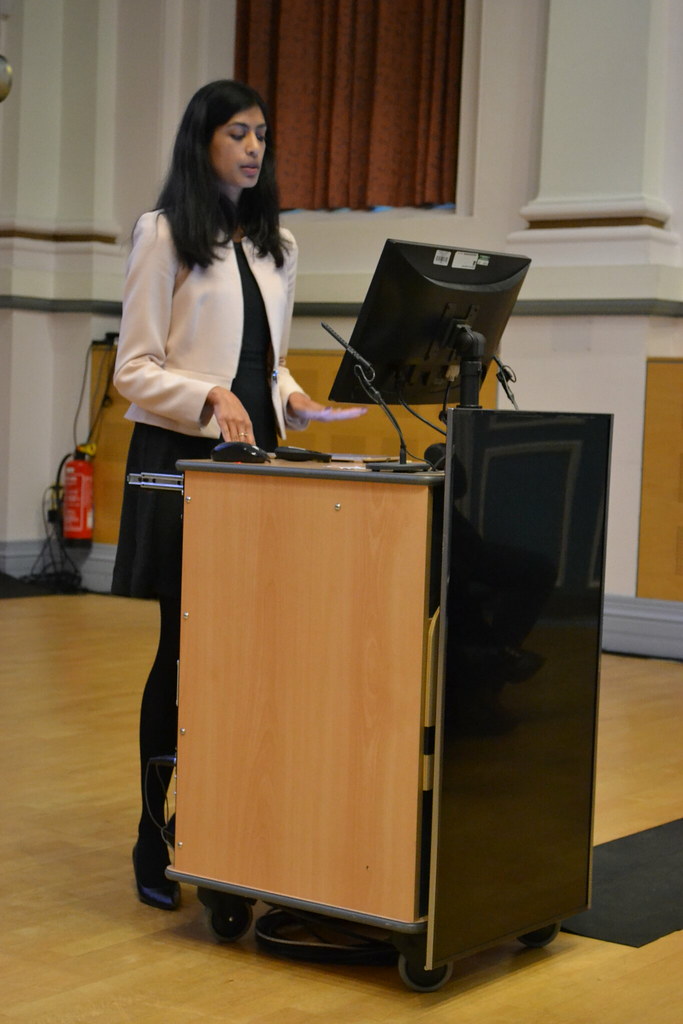 Despite being at the end of a long day, the energy and infrastructure panel was lively. Professor Jon Gluyas (Director of the Durham Energy Institute, Durham University) began by praising the off-shore wind industry and Northern businesses that service the Europe’s sustainable energy sector. As part of this, some participants suggested it was time for central government to consistently support them. The discussion then turned to the infrastructure the region needs. Led by Gill Morris (CEO of DevoConnect), the panel seemed to agree that HS2 would only serve to accelerate the North’s brain-drain and that it sent the wrong message to international investors. Instead, an East-West rail-line was called for to connect the region’s big cities and to keep young talent at home. The idea of a London to Manchester underground hyperloop was also discussed, but participants felt that Brexit had effectively erased the ‘vision’ needed for such an ambitious project. As to where it might come from in the future, Andrew Waller (Deputy Leader, City of York Council) argued that York’s twinning with Münster provides a model of European city-to-city lesson learning and ideas sharing that should be sustained. But it was Ben Cotton’s (Partner, DAIS LLP) impassioned plea for northern youth and businesses to stop ‘waiting for Westminster’ and to run with good, home-grown ideas that drew the loudest applause.

But what can be said about such a wide-ranging conference with nuanced and, often, heart-felt and emotional contributions from academia, business and politics? For me, the major take-aways were that Brexit is happening but the jury is still very much out on what kind of Brexit it will be, with most favouring something far short of leaving without a deal. That said, it was also clear that the North’s post-Brexit prospects should not be seen as somehow different from the South’s, and that in many respects it faces the same challenges should services leave the UK and foreign investment dry up. To weather those potential storms and put flesh on years of promises of a Northern revival, the region requires an accelerated devolution programme and the powers it will bring to create a stable environment for local policymakers, innovators and investors. Lastly, for the participants, lines of dialogue and cooperation with Europe must remain open, and British citizens allowed to identify with their neighbours regardless of any future bureaucratic relationship.

Tom Kirk is GP's Online Editor and a researcher with the Centre for Public Authority and International Development at the London School of Economics and Political Science. To hear Tom being interviewed about the conference by Global Policy: Next Generation, please click below: