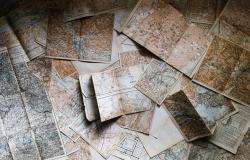 Muhammad Zulfikar Rakhmat on China's Potential in the Middle-East.

Lack of a unified narrative

First, there is a lack of a unified narrative regarding Chinese visions and details at both a political and entrepreneurial level. This pragmatic approach is believed allow the CCP to simply

change plans during the process whenever new opportunities arise. However, this approach, alongside the lack of rhetoric that clearly spells out its foreign policy, often generates ambiguities for many stakeholders, including the Middle Eastern states.

One example is the case of the Chinese Dream, which is often regarded as the legitimating idea of the Belt and Road Initiatives. There is no precise meaning of the Chinese Dream. As William Callahan proposes, distinct from the previous ideologies propagated by Chinese leaderships to articulate their interests and ideals, Xi’s Chinese Dream is historically encompassing, multi-layered and timely, which allows for diverse interpretations, depending on the interests of the interpreters.

These circumstances often cause confusion among the Middle Eastern stakeholders concerning China and the BRI, making it difficult for regional societies to fully understand the initiative.

Second, as noted by Joseph Cheng, in the past few years regional public opinion on China has not been very positive. This has resulted in some factions within society having negative perceptions of Chinese activities in the region.

While regional elites in general relatively welcome China, there is an increasing “China threat” perception among the Middle Easterners.

Such a threat has been perceived in different ways. Some view Chinese state capitalism in the region as constituting neo-colonialism. This is exacerbated by the fact that some Chinese businesses in the region frequently violate local laws on the labour force, environmental protection, and so on, contribute to the negative image of China. Many conservative Muslims in the region are also afraid of the threat China’s socialist culture may present to local Islamic culture and resent the treatment of Muslims in China, especially in the case of Xinjiang, by the Chinese authorities.

A research by Mohammed Al-Sudairi in 2013 has noted media commentaries as a whole in Saudi Arabia in recent years have demonstrated new trends of skepticism and pessimism concerning China, grounded in China’s poor human rights records, new negative observations such as the unsatisfactory quality of Chinese products, the Xinjiang riots, and Chinese vetoes on the Syrian issue at the UN Security Council. This phenomenon is still prevalent to this day.

China has acknowledged the inadequacy, however their responses tend to concentrate on propaganda attempts instead of genuine understanding. As stated by Qian Xiaoqian, the Deputy Head of State Council Information Office: “Compared with other aspects of China-Arab relations, especially the polity and economy states, the communication of media between China and Arabian far lags behind”.

To this date, there are only limited reports on history, culture, and even the travel industries in both China and the Middle East.

newspaper, China Today (Jinri Zhongguo), has tried to reach the Middle Eastern readers with its Arabic version. The monthly magazine, known as Al-Sin AlYawm and has a regional office in Cairo, is a slick tabloid of 80 pages with content targeted at an Arab audience While this is in many ways an impressive effort to reach out to the Middle East, this is the only Chinese magazine in Arabic and it has no market sales network outside Egypt; hence, its impact on the wider Middle East is limited.

Meanwhile, radio broadcasts by China Radio International in Arabic actually started in the 1960s. However, its impact has been in decline since the 1990s because of keen competition from satellite television, which has been increasingly popular in the region.

The inadequacies of China’s soft-power efforts are also reflected in educational efforts. For example, although the number of Gulf students studying in China is increasing, the majority of them are not interested in Chinese politics, culture, or foreign policies. As Tim Niblock states: “So far, the educational and human resources exchanges have been geared to short-term and practical needs with most students from the Gulf studying technical courses rather than engaging in China’s culture and history”.

Additionally, although they are starting to be organised, public conferences and seminars on China are also still relatively limited and not being widely organised across the region. Although several regional institutions have begun to offer China-related courses, this phenomenon, is not yet taking place widely across the Middle East.

The same goes for the Confucius Institutes, which can be considered as crucial institutions in teaching Chinese languages, but have only been founded in some of six GCC states, making China’s educational efforts unevenly implemented in the region.

Since the launch of the China Arab-States Cooperation Forum, numerous contracts have been concluded on the translations and publications of Chinese books into Arabic language, but the implementation remains unsatisfactory. It cannot be ignored that cultural efforts have made regional societies have become increasingly aware of China and its cultures. It is, nonetheless, important to note that such efforts has not been pursued evenly across the region.

The limited Chinese soft-power is also due to there is still a lack of expertise on the region within policy-making circles in China. Different from those in Washington, regional studies have never been taken seriously by the CCP, which has resulted in the limited presence of experts on the Middle East in Beijing.

Yu reports that there are less than twenty Central Asia and Middle East experts inside China who are close following the region. Most of them do not even have direct access to key state officials, influential academics, or business leaders, and do not even speak Arabic and are unable to read it. Only a few of them have ever travelled to the region for research. As a result, much of their existing research is based on arbitrary collections of evidence instead of systematic analyses of the target countries, causing China’s policy-making process on the Middle East to be badly informed.

While China’s political and economic footholds expand in the region, there is a need to enhance the various strategies to not only increase consciousness about China, but also to counter the prevalent negative perceptions towards China in the Middle East.

If these strategies are continued and improved, it is possible that China will find stronger traction within the Middle East.

Muhammad Zulfikar Rakhmat is a lecturer at Universitas Islam Indonesia.

Photo by Andrew Neel from Pexels