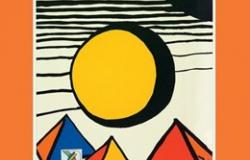 Every other year, gatherings of academics, policymakers and civil society happen under a common theme: discussing the future of the United Nations (UN). The arguments exchanged at these events can usually be summarized as follows: one camp sees a future for the UN because it has become larger than life and developed into the world’s conscience. The other camp is more critical but sees a future for the UN because it is unlikely that we would get another organization with global membership and mandate and it will thus continue to exist because, well, at least we have it. To my knowledge, and I attended many of these events over the last decade, no arguments are presented for a future without the UN. Of course, the end of the UN might be predicted in other fora with more distance to the research subject and likely by people whose income and legacy are not intimately linked to the UN’s existence. But despite all criticism and constant calls for reform: the present book for review makes it clear that the UN is and remains the catalyst for innovative ideas about how to practically achieve peace and security, human rights, and sustainable development for all. That the world organization continues to be this catalyst in the future will depend on supportive research networks and communities, in short, the “Third UN”.

“The ‘Third’ United Nations” will become a standard source to refer to when discussing how and why actors not belonging to the intergovernmental “First” UN or the civil servant “Second” UN bureaucracy matter. It is accessibly written by two UN scholarship and policy heavyweights whose privileged access to the UN ecology provides for rich insights into how the UN is able to innovate global governance. In particular, the authors focus on the Third UN’s contribution to ideas and, as the subtitle highlights, “how a knowledge ecology helps the UN think”. This ecology is defined as “supportive non‐state actors like intellectuals, scholars, consultants, think tanks, NGOs, the for‐profit private sector, and the media” (p. 2). The authors argue that if the UN system is to remain relevant, or even survive, the thinking to re‐imagine and redesign contemporary global governance will come from the Third UN.

The book presents the most comprehensive overview to date of external actors’ contribution to the formulation of ideas for decision‐making in the UN’s policy processes. It provides chapters on the role of NGOs (chapter 2), individuals (chapter 3), academics, think tanks and knowledge brokers (chapter 4) and “alternative voices” (chapter 5), some of which the authors see as challengers of the UN postwar normative order. Empirical illustrations in all chapters draw on a wide array of UN programs, such as the Sustainable Development Goals, the Responsibility to Protect or the Global Compact. The book is suitable for readers from all academic or policy backgrounds, although the authors develop their arguments mainly from a global governance perspective. This perspective is introduced in Chapter 1, which gives the reader an overview of International Relations scholarship on non-state actors and locates the Third UN within the discipline. The authors introduce their contribution as “another step in conceptualizing global governance in terms of free-flowing networks rather than rigid formal structures” (p. 19).

The concept of the three UNs is of immense analytical value to scholarship on the world organization and probably beyond the UN as a case. But the main argument about the Third UN provokes more conceptual questions: to argue for a knowledge ecology’s effectiveness, we need tools to theorize about which actors are more likely to bring in their ideas to the First or Second UN, and why some ideas are more likely to become policies than others. These questions are of immediate relevance to the challenges the UN is facing from both within and outside the organization. While the book’s greatest accomplishment is clearly to present a broad overview of the actors and activities that constitute the Third UN, more discussion of the Third UN as a research concept is desirable for future research. Especially since the authors depart from a reading of the literature that sees the Third UN as “poorly understood, often ignored, and normally discounted” (p. 4). Here, the authors have given UN scholars many opportunities to connect the book to scholarship on international organizations and non-state actors and advance research in this area in a more fruitful and systematic manner.

One such opportunity lies in studying the dynamics of different ideas within the Third UN. The key role of the Third UN is illustrated mainly with successful interactions of the three UNs for progressive ideas. While the authors occasionally take contestation among Third UN actors into account, for example when discussing the “Save Darfur” advocacy (p. 116), resistance against progressive ideas within the UN does not only come from states and not only from those the authors depict as challengers to the postwar normative system (pp. 120-138). The Third UN is itself divided on key UN issues: for example, we find individuals and organizations committed to women’s rights along with those opposing them. Both camps are building coalitions with individuals from the First and Second UN, which have blocked progressive development in this area for decades. Another example for more contested than progressive idea potential is the UN’s partnership with the for-profit sector. The authors rightly point to crucial knowledge broker functions (p. 107) like that of John Ruggie for the Global Compact and how his network across all three UNs helped the UN established new panels and partnerships with the business sector and foundations for innovative policy ideas (e.g. p. 133). Yet, what does that tell us about how the UN thinks when on the other side, in Geneva, the development of a treaty on business and human rights stagnates? Also, most of the Third UN’s successful partnerships are built in and with Western states. The authors remind such knowledge brokers that they “have a moral and practical obligation to diversify their networks” (p. 117). But how and by whom should they be held accountable? The Third UN might be seen as the “free-flowing network” (p. 19) from afar, but it might resemble elite clubs by closer examination. In the end the question persists: whose ideas matter more to help the UN think – and why?

Tatiana Carayannis and Thomas G. Weiss have written a fascinating book of immense value to every student and scholar researching the UN, that will also give UN experts and global policymakers fresh insights, thanks to the original data the authors were able to assemble because of their unique expertise. They raise relevant questions on their findings throughout the book, all of which invite in-depth and comparative analyses of how and why which actors of the Third UN interact with the First and Second UN. Answering these questions supports theory development on which actors in which configurations can most effectively provide ideas for a future UN – one that is more diverse, equal, and effective than the present institution.

Dr. Nina Reiners is a researcher in International Relations at the University of Potsdam, member of the interdisciplinary research group ‘International Rule of Law: Rise or Decline?’ at Free University in Berlin and research associate at the Global Governance Centre at the Graduate Institute Geneva.

COP15: “Kick Out Environmentalists and Industry”: Small Scale Fisheries, Conservation Economies, and Human Rights in the Convention of Biological Diversity