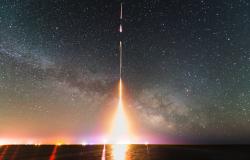 Due to aerospace innovations like usable rocketry and growing international space participation, the global space sector is on the verge of a renaissance. Proposed NewSpace activities, like space tourism, space mining, or orbital manufacturing, seem to come straight from science fiction but could now arrive within a decade. However, the space technology with the biggest potential may be one that benefits all of humanity: production of solar power in outer space for use on Earth.

Space solar power (SSP), involves generating electricity with space-based solar panels and wirelessly beaming the electricity from space to the Earth. In space, there are no issues with the sun being a variable resource like it is on Earth­ (think clouds, rainy days, and nightfall)—in space, it is always shining. For this reason, SSP is an attractive concept for security and defense agencies­—but also for reasons of resilience.  Today, with climate change driving a global need for game-changing, historically inconceivable technologies, like the large-scale direct air capture of CO2, SSP may have finally reached its time in the spotlight.

SSP can help balance renewable-dominated, decarbonized grids while enabling energy access anywhere in the world. The technology could provide round-the-clock clean energy to the world’s largest urban centers, as well as those far away from the electricity grid. It is not surprising that, to date, most economic studies have concluded that the cost of power delivered from space is not ready to compete with power generated on Earth. That remains the case but, as with terrestrial panels, costs can fall.

The history of solar power really began in space. Even before the invention of the first solar cell at the storied Bell Labs, a solar powered satellite, Vanguard 1, was launched in 1958. Since then solar panels have been the energy choice of default on almost all satellites. Only recently, with cost declines driven by favorable energy policy and Chinese solar market dominance, has solar power become an economic terrestrial energy source.

First popularized by Isaac Asimov in the 1940s and proposed as an solution to the energy crises of the 1970’s by Gerard O’Neill, space solar power has seen interest come and go over the years.  About ten years ago, there was considerable hype, even including a contract issued from Pacific Gas and Electric to a company called Solaren. While the company still appears to be in business, delivering power from space under that contract does not appear to have been achieved.

Today, however, the race for space solar power is heating up as NewSpace activities lower the cost of space access and orbital manufacturing could reduce production costs. The costs in the core elements of SSP are falling dramatically­—consider the rapid advances in photovoltaics (PVs), and in launching satellites in orbit. Crystalline PV (the most common type) prices have fallen by about 80% since 2010, while technological development in other solar types offers efficiencies that can be best taken advantage of in space. The cost of launching a payload into space has come down by a factor of ten in the last 20 years, and is continuing to fall.

With falling costs, China is again eyeing the dominance of global solar markets but this time it is targeting space solar power markets. China is planning on launching a demonstration SSP project within a decade and a commercial plant by 2050 as part of their strategy for global space dominance. Many other countries are also researching SSP, including Japan, Australia, and the US, but more urgency is needed if SSP is to play a serious role in decarbonization during the second half of the 21st century. A concerted strategy for research, development, and commercialization is needed to fully investigate whether SSP can be economic in an era of cheap space access.

In the short-term, niche markets like islands, rural communities in developing economies, and remote mining operations may be the best place for SSP to be trialed. Military operations, with their highly distributed nature and the high cost of convoys, could also find SSP a resilient solution.

Mineral deposits are spread throughout the world with numerous potential mining sites located far from an electric grid. As an example, a case study for remote mine operations was undertaken to determine its economic feasibility. Such mines use lots of electricity, tend to rely on expensive sources for fuel, and sign long-term agreements to buy their electricity. While the analysis showed the need for prices to come down considerably to be a viable alternative to things like diesel generators, SSP may find a market in feeding multiple mines at the same time.

Much attention has been given to the resilience challenges facing remote island nations in light of devastating weather events. SSP might allow for an island economy, such as Puerto Rico or the Bahamas, who rely heavily on imported petroleum products for electricity, to reduce their emissions and keep costs reasonable. Importantly, as much of the infrastructure is in space, it also could help minimize damages from storms, and help with quicker responses to getting the lights back on.

There are at least two other, very different, areas that have potential for SSP to contribute, namely: rural energy access and shipping. Rural communities in developing countries are urgently looking for ways to effectively power homes, community services, and businesses. Over a billion people currently live without access to electricity. SSP could be well-suited to serving such remote demand.  Maritime emissions of air pollutants are prevalent enough to see from space, and the emissions that occur as the ship gets close to port are a big public health hazard.  Most ships use an oil boiler to generate electricity for propulsion, thus there is potential for SSP with wireless power beaming to help.

While there is considerable potential for SSP to provide energy services, there remain regulatory hurdles. As an example, the International Telecommunications Union (ITU) treaty regarding the electromagnetic spectrum does not currently have specific provisions for power beaming. This is a severe impediment to the development of microwave or laser power beaming technology. Policies that would add to the list of acceptable uses might make a big difference.

As the costs of a proposed SSP system are rapidly falling, the regulatory hurdles come into focus. Those hurdles may not be difficult to overcome, but they require priority consideration at places like the ITU, and require international collaboration. It appears that the USA is on the verge of a new space renaissance. The recent Congressional proposal for a Space Research Institute might usefully include the topic of space solar power within its focus areas.

As the urgency of climate change becomes more apparent each day, adding considering and funding new radical solutions makes sense. SSP needs to move from science fiction to focused R&D. Including SSP as a longer-term tool to mitigate climate change allow it federal energy R&D funds, like those from ARPA-E, eventually allowing the private sector to finance it if it proves viable.

Morgan D. Bazilian is the Director of the Payne Institute and a Professor of public policy at the Colorado School of Mines. Previously, he was lead energy specialist at the World Bank. He has over two decades of experience in the energy sector and is regarded as a leading expert in international affairs, policy and investment. He is a Member of the Council on Foreign Relations.

Ian Lange is the Director of the Mineral and Energy Economics graduate program at the Colorado School of Mines. He is currently a Faculty Fellow at the Payne Institute and Fellow of the CESifo Research Network.