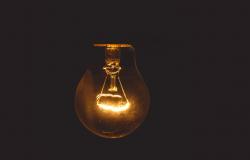 Scott Montgomery on why autocrats fear scientific knowledge and expertise.

A hidden but heated theme in this election and Supreme Court hearing season, the most important in many decades, is that of science. I mean by this, science in its most fundamental aspect, as humanity’s greatest and most successful enterprise for the discovery of reliable truth about the material world. There is nothing new in pointing out that societies which, reject scientific knowledge and research, for whatever reason, remain weak, poor, backward, and dependent. They also tend to be despotic. Scientific work demands much freedom, including the pursuit of phenomena and ideas that may run counter to religious, cultural, or political beliefs sacred to some and useful to others.

This makes the matter seem simple and heroic. Science, however, is difficult, complex, competitive, unpredictable, expensive, and sometimes dangerous. The powers and possibilities it has released into the world sometimes had to be contained and negotiated. This is another reason that liberal democratic states are the most successful centers of scientific advance.

Such advance in the Soviet Union was always limited. Stalin executed or imprisoned many of his best researchers. During the purges of 1936-1938, every scientific field suffered losses, and they did not stop during WWII. The role played by ignoring scientific knowledge in the mass death of Mao’s “Great Leap Forward” needs little comment. What about China in the present? Its government faces what researchers there have long known: that a brutal police state will struggle as a scientific empire, no matter how much capital is devoted to the cause. It must therefore find ways to collaborate with researchers in democratic nations, as well as adopt, borrow, even steal from places like the U.S., England, and Japan. That all of this defines a program of Mr. Xi’s “vision” for a Chinese century is no secret.

None of this is meant to suggest that suppression of science is lacking in places like the U.S. The battle against acceptance of climate change and evolution has been fought on a much larger field than most Americans realize. The reason is that these areas involve many fields, not just one or two. They each comprise a realm of interrelated and overlapping research whose work has become ever-more interdisciplinary. Global warming draws on collaborative work from dozens of disciplines:  solar physics, atmospheric chemistry, meteorology, oceanography, geology, paleobotany, Arctic glaciology, to name only a few. More generally, contemporary science is not an epistemological box of chocolates or, to put it differently, a library of stand-alone volumes from which a few offending tomes, taken out and burned, will make no difference and never be missed. Which brings us to Donald Trump, the Republican Party, and Amy Coney Barrett as nominee to the U.S. Supreme Court.

By now, it may be well-known that the New England Journal of Medicine (NEJM), for the first time in its 200-year history, has endorsed an American presidential candidate. With a meaningful gesture to its own past, it didn’t do so directly. Instead, the comment signed by all of its many editors indicted the Trump Administration for having so boldly “taken a crisis and turned it into a tragedy.” Scientists, as a rule, are fairly reserved in their emotional expenditures. This editorial, however, also calls “astonishing” and “shameful” America’s failure to deal with the pandemic, accusing Trump of supporting “charlatans” and promulgating “outright lies” that have led to “recklessly squandered lives.” In a writing to be read by professional researchers, this qualifies as an eruption of megaphone outrage.

In a calmer moment, the NEJM editors remind us that the U.S. faced the coronavirus “with enormous advantages.” Indeed, for 75 years America has been the global juggernaut of science, not least in biomedicine. And though its health care system is no parallel, it was more than capable of dealing with the virus at a far higher level. The question therefore leaps off the page: how could American medicine, with all its immense capability, be made to falter and fail so badly in the face of the country’s greatest post-war health crisis? The editors are blunt: had the alarm been sounded, not censored, at an early stage, with medical capabilities and authorities mobilized, not crippled and countermanded, and the public fully and accurately informed by qualified experts, not confused and poisoned by a toxically ignorant president and lackey officials who managed to transform even the simplest act of self-protection (a mask) into a politically-charged act—had this been done, thousands would have been saved.

At this point, it is fair to say that a great majority of the scientific community does not merely disapprove of Mr. Trump. They hate and despise him. Such is true whether it be openly admitted or not. Indeed, it cannot be otherwise. More than creationists, climate deniers, anti-vaxxers, or other such groups, Trump has shown naked contempt toward modern science and its practitioners, whom he enjoys placing in the pillory of his tirades.

In any epidemic, lies about science mean lives. President Trump does not seem to care, because, for him, the situation is really about image and power. One reason he rejects medical knowledge even in a pandemic is that its authority and credibility, embodied in its experts, are so high. Thus, he treats such experts as fools, alarmists, weak, and disloyal if they contradict his own statements. “People are tired of hearing Fauci (Dr. Anthony Fauci, director of National Institute of Allergy and Infectious Diseases) and all these idiots who got it wrong,” he stated at a recent rally.

Such attacks come with the barbed suggestion that these are puffed-up, highbrow types who look down on ordinary Americans. Few commentators, in fact, have emphasized the vigor and aggression of Trump’s anti-intellectualism, his unveiled scorn toward highly educated people, not just on the left but on the right as well. Like many autocrats, he is actually fearful of real knowledge and expertise. These are what most reveal his brutal ignorance, his lack of ideas, his juvenile reliance on “instinct,” and his spectacular incompetence to lead. They tear the veil from his cult of personality that urges the same self-valorizing ignorance, as a world view, in his followers.

Which is why the scientific community, while despising him, also deeply fears Trump in turn. I have myself seen this on a personal level many times. As I teach in a school of international studies and am sometimes asked to give talks in STEM classes, I often end up (during and after class) discussing political realities, domestic and international. Researchers, I’ve found, tend to find it breathtaking that so much of the U.S. populace can follow a man who uses denial of science as a badge of honor. Those who work in climate-related areas are less surprised at this, but they have not gotten over the fact that this man is the U.S. president.

These people worry much for their careers, for the future of their disciplines, and for American science as a whole. Until recently, I told them to worry much less about the second two. Modern science, I say, is too fundamental to American society, to the nation’s defense, economy, education system, etc. Earlier this year, though, after a lecture I gave remotely about energy change and global geopolitics in which I discussed the rise of autocracy and retreat of liberal democracy, I was asked my opinion about the future of science in general. Without much thought, I repeated my answer about how research is known to be required for so many key areas in a modern state. It was a student who corrected my hopeful picture: “Haven’t you just been telling us why we should be less certain about all this?”

I admit this made me quiet. America has always had a degree of love-hate in its relationship with science, but since the mid-1990s when they gained firm control of Congress—a control they have maintained for 22 of the last 26 years—conservative Republicans have waged a long-term campaign against the authority of scientific knowledge, a campaign based on both ideology and political strategy (most scientists are democrats, especially now). The campaign has attained a level of success that is far greater than at any time in living memory and that has begun to frighten more than a few pro-business Republicans themselves. They have real reason to be worried. Trust in science by those on the right has fallen to below 30%, in the midst of a pandemic, according to survey data.

But such data, interpreted too literally, supports an unhelpful diagnosis. It is not merely, as often said, political or religious bias at work in the turn away from science and scientists, or even a wholesale politicization of the scientific community. These things are real, without any doubt, but they too are symptoms. A truly large portion of the American public has been urged into a state of reactionary anti-intellectualism, which cannot be cured or corrected by a shift in leadership or political winds. Trump is the proof and the sign of an erosion of belief in the advantages of knowledge itself. It is not just expertise, in other words, that has been devalued but its content.

That this has been encouraged by people on the right with advanced degrees makes little difference and, as history shows, is not at all extraordinary (there are always believers and lackeys to be found, even among scientists, as Trump’s administration shows). Highly educated supporters of anti-intellectualism have been essential to reactionary movements. Today, such a movement can no longer succeed by devaluing the humanities and social sciences alone. It must seek to inflict ruin on the credibility of science, its final enemy.

All of which brings us to the nomination of Amy Coney Barrett to the U.S. Supreme Court. During her confirmation hearings, Barrett agreed that the coronavirus is infectious and that smoking causes cancer, but she had nothing to say about whether human beings have a role in climate change. When asked about this, Barrett responded on one day that the matter is “very contentious” and that she had “no firm views” about it. On a subsequent day, she refused to “express a view on a matter of public policy, especially when [it] is politically controversial.” Still further, “I don’t think my views on global warming or climate change are relevant to the job I would do as a judge.”

There is a great deal to say about such responses. Many commentators have done their work well in providing a useful volume of it. I feel obligated to offer a different kind of view. Ms. Barrett seems very certain about her place in the world, including her qualifications for sitting on the most powerful judicial body in the world. Whether her tissue paper defense of ignorance on climate change was offered for personal or political reasons, to express her true perspective or to pander to those who will vote for her anyway, doesn’t matter. She is doing the work for which she was chosen. She has agreed to be an implement in the hands of larger forces, willingly and reliably. A crude view would pose her as yet another weapon in the arsenal against science and freedom of inquiry assembled by a reactionary GOP now headed by the Trump Administration. Perhaps not so crude, however. Attacks on democracy must sooner or later turn their sights on science, as mentioned.

In a rifted and fracturing international present, scientists tend to stand against the tide as the most global community, demanding of freedoms. True as this is, it may not offer any final security on its own, especially for the U.S. The possibility of a long, relatively slow process of deterioration, aided by judicial decisions among others, should not be ruled out. Some lights can gradually grow dim over time without going completely dark.

Photo by Rahul from Pexels