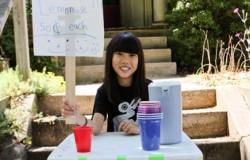 The Global Entrepreneurship Congress (GEC) is run by the American organisation Global Entrepreneurship Network (GEN), and is now in its eighth year. It attracts individuals from all over the world in order to discuss and promote contemporary entrepreneurial issues. Medellin in Colombia was the home of the 2016 GEC due its place as Colombia’s greatest entrepreneurial city, with investors expressing confidence in the Medellin business climate and its rapid transformation in the previous decade. A key theme of the congress was to explore how entrepreneurship and innovation could provide a greater social and economic good.

This article explores the extent to which the GEC represents a particular vision of what ‘global entrepreneurship’ means. For example, John May from the US Angel Capital Association argued that there are some basic ideologies that undermine the way that we see entrepreneurship globally. This ideology was expressed primarily through a particular ‘western’ idiom across the sessions, and shared ideas that entrepreneurship was a path to economic success and social development.

An individual’s take on entrepreneurship is heavily influenced by the context from which they come from. To expand, to some degree it is socially constructed through particular political and economic ideologies. For example, Chris Steyaert and Jerome Katz argue that in the 1980’s Thatcher in the UK, and Reagan in the US, were praising entrepreneurial values. At the same time the USSR and China considered entrepreneurs as economic criminals, demonstrating the vast differences in attitudes that cultures have towards entrepreneurship.

At the GEC this cultural difference was not acknowledged or overcome. Delegates such as Carlos Porras V. from the University of Tamaulipas in Mexico argued that entrepreneurship is important for connecting people and represented a universalising view of entrepreneurship as an economic and social good. Despite being held outside of the West, throughout the GEC it became apparent that a large emphasis was being placed on Western models for achieving entrepreneurial success, and Western ideals of entrepreneurship.

However, whilst this may be true for some cultures, some countries tend to stress greater emphasis on failure than others. For example, in Japanese and Italian culture failure is not part of the process in many circumstances, but is the worst case scenario. To argue that success and failure are interrelated is to apply a Western view to global entrepreneurship.

This Western model of entrepreneurship was applied to Africa and Latin America, which ignored the consequences of historic colonial processes in these regions; poverty, lack of social development and economic vulnerability. One reason for this may be that the recent Western experience of entrepreneurship is one of increasing levels of prosperity, rather than alleviating absolute poverty. Hence, Western ideas and speakers at the conference were unable to grasp the entrepreneurial context of Africa and Latin America, and so applied familiar Western ideas to these contexts.

This was seen in a session on entrepreneurship in Africa. Here inequality and poverty were rarely mentioned when discussing Latin America and Africa. Whilst Nigeria was presented as attractive for investors, and strategies for improving entrepreneurial ecosystems were discussed, little was mentioned of the lack of development in these regions. Consequently, the social, economic and political contexts of these regions were glossed over. For example, the fact that according to UNESCO ‘38% of African adults (some 153 millions) are illiterate’ and ‘two-thirds of [those illiterate] are women’ was not mentioned. This is despite the fact that illiteracy is a key barrier towards entrepreneurial growth.

Is Western bias an issue?

As discussed in the GEC session on Africa and entrepreneurship, Americans are good at entrepreneurship. In 2015 it was found that 27 million working-age Americans were starting their own businesses, and ‘24% of U.S. entrepreneurs expect to employ 20 or more people in the next five years. That's up from 16 percent two years ago’. Thus, it could be argued that promoting a Western, American view of entrepreneurship could aid non-Western countries.

However, what this argument misses is that what works in one country may not work in another country that has a different history, culture and economy. Take Structural Adjustment Programmes (SAPs) for example, which were considered to be an innovative means to advance less developed countries in the 1980’s. Here, the IMF and other organisations utilised neoliberal ideas about development, and gave loans to South American countries with economic problems on the condition that they initiated SAP’s. According to Fox, Fuento and Burbach this caused massive cuts in education, healthcare and other areas of government welfare that citizens depended upon.

SAP’s are a classic example of applying an idea that was developed in one culture and replicating this within another culture, without acknowledging that cultural values cannot always be simply remodelled and transplanted to suit an agenda. From the sessions at the GEC, it was apparent that whilst international governance has moved on from SAP’s, there is a long way to go before Western bias is alleviated from global summits such as the GEC.

More than being ineffective, orientalist scholars such as Edward W. Said would argue that imposing a Western model of entrepreneurship on non-Western countries reflects a deep ideological agenda.

Said defines Orientalism as ‘the epistemological and ontological distinction between the West and the East’, with the view that the East is an uncivilised and backwards realm, and that the West is the opposite. Said’s analysis focuses on the Middle East and Asia in relation to Europe, and examines the historically racist and demeaning depictions of the East and the Middle East in European discourses. Like Foucault, he believes that knowledge is power, in that academia and the general population accepted that Europe had a hold over the power.

The GEC did not force developing countries to adopt a certain set of tools to promote entrepreneurship. Yet being in Medellin, and inviting a range of developing countries, it was implied that this was one of the desired outcomes of the Congress. Whilst we are not discussing pressured economic reform as seen with SAP’s in the 1980’s, it could be argued that undertones of the same mentality existed at the GEC; the West knows best, and the path to success has some universal and homogeneous values.

Can Western bias at the GEC be overcome?

It is possible for Western bias to be overcome at the GEC, but only through careful consideration of other cultures, and by avoiding the application of a ‘one size fits all’ approach to entrepreneurship. This was achieved at a basic level during the GEC, with Byron Sitawa arguing that some things work very well in certain contexts but not in others. Sitawa’s business started in Kenya, but he felt that it would not work in neighbouring countries. Yet this basic acknowledgement of cultural differences was lacking from the majority of sessions and speakers at the GEC.

However, this is not to say that change would be easy. For a radical change away from Eurocentricism and orientalism, there needs to be what the Kenyan novelist, Ngugi wa Thiong'o describes as a ‘decolonizing the mind’. Hence, awareness needs to be raised towards a perceived Western superiority, and an acknowledgement that regions are impacted and encouraged by entrepreneurship differently, depending on culture, economy and historical processes.

Written by Ellen Peacock, a Politics and International Relations student at the University of Sheffield.

Book Review - From the Ashes of History: Collective Trauma and the Making of International Politics