Who Delivers? European Support Measures for Exporters in Times of Corona Crisis 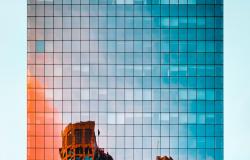 More than two months after the coronavirus outbreak in China, the COVID-19 epidemic has been spreading rapidly across the globe claiming more than 13,000 lives. In addition to the worrying effects on people’s healthiness in more than 150 countries, negative demand shocks hit businesses of most sizes and sectors: Big automotive manufacturers have closed down their factories, airlines cancelled most flights, small shops and restaurants have been shut. The United Nations Conference on Trade and Development (UNCTAD) estimates that economic uncertainty might cost the global economy up to two trillion dollars this year. It is almost certain that Europe will go into a recession of an unknown dimension. COVID-19 has a substantial impact on global trade. Economic consequences currently affect mainly European exporters, and small and medium-sized enterprises (SMEs) face huge challenges because of limited resilience to react. Businesses in countries such as France, Germany and Italy are under pressure due to several reasons:

First, there is a sudden and dramatic loss of demand, interrupted supply chains with shortages of intermediate goods and parts, as well as financial shocks due to a reduction of commercial loan and credit insurance offerings. Closed factories in several industries lead to growing challenges on the supply side because of the disruption of global value chains. Financial constraints are already visible, evoking liquidity problems for both solvent and less solvent companies. Second, the external environment for exporters has changed dramatically already last year. Donald Trump’s trade war with China and the European Union (EU) is just an example. Global trade is under pressure with a rising number of governments removing existing regional or multilateral trade strategies leading to significant trade policy uncertainty. Third, emerging markets and developing economies assumed an increasing importance in the growth picture relative to advanced economies such as Spain or the United Kingdom in the last decade. South-South trade is becoming much more important, further reducing the relevance of traditional industrialised countries in Europe.

Public responses in Europe raise hope for the economy: Many EU governments understand that particularly small and medium-sized exporters face direct damage as a result of the coronavirus outbreaks. The flow of credit is constrained: Potential borrowers are not able to receive, for example, export finance loans from commercial banks even if they indicate a willingness to put up more collateral than demanded. SMEs are at particular risk because they face difficulties in obtaining loans while having significant needs for adequate working capital facilities. Furthermore, exporters perceive that they will not be able to fulfil orders without export credit insurance. With increasing global policy uncertainty and rising commercial risks related to foreign buyers, exporters require more insurance cover for risks associated with export transactions.

Which public instruments are available and can step in immediately? In order to facilitate their exporters’ participation in global trade, governments around the globe have created numerous policy tools in the last century. These instruments include lobbying and political support, national industry networks and platforms, as well as financing vehicles including Exim-Banks and ECAs. The question of being a competitive nation is closely connected with the quality of public policy tools including export finance and risk mitigation instruments such as guarantees and insurance. Most Exim-Banks and ECAs were created decades ago and usually follow the principles of additionality and sustainability, acting as catalysts crowding in private sector financing. In challenging times, these institutions are even more important.

Exim-Banks and ECAs are counter-cyclical instruments, giving evidence for their important role in global trade, for example, during the Global Financial Crisis. Now, there is again a necessity to find and execute consistent and decisive policies to react to extraordinary threats. Only weeks after the coronavirus outbreaks in Europe, there is an urgent need for strong support for exporters. Exim-Banks and ECAs have to step in providing liquidity when commercial banks are not able to maintain the flow of credit. Furthermore, government instruments have to offer cover solutions when private credit insurers restrict their support closing the umbrella for short-term cover or transactions with extended credit periods in risky countries.

Who delivers? There is severe criticism that the EU as well as many European governments are not able to successfully provide solutions in the COVID-19 crisis. A main critique is a lack of coordination, for example with governments locking national borders without harmonisation. Others assail an inadequate joint economic response from eurozone finance ministers, claiming a combination of inaction and confusion. However, this severe criticism is at least partly unjustified and unfair.

The European Commission has just adopted a temporary framework for state aid measures which allows its member states to support the economy using the full flexibility under state aid rules. The framework includes five aid types such as direct grants to address urgent liquidity needs, state guarantees to ensure that commercial banks continue providing loans, public loans with subsidised interest rates, direct aid to banks, as well as flexibility on risk mitigation instruments for foreign trade. The latter is related to non-marketable risks, enabling short-term export credit insurance to be provided by Exim-Banks and ECAs where needed.

The trade-related elements of the temporary framework were partly driven by and also give guidance to national governments’ action. While a small number of Exim-Banks and ECAs is still surprisingly reluctant, our research shows that most institutions provide strong responses in different domains: The current focus is clearly on facilities for pre-shipment finance particularly for SMEs with substantial financing packages. For example, Denmark’s EKF introduced a new DKK 1.25 billion working capital guarantee programme for SME exporters, covering 80% of the risk of default. OeKB in Austria increased the existing EUR 5 billion working capital guarantee facility by EUR 2 billion. Sweden’s EKN is considering an increased cover percentage for working capital. Another example is Estonia, introducing loan collateral facilities amounting to EUR 1 billion in addition to a EUR 500 million revolving business loan facility and a EUR 50 million investment loan programme.

A further key amendment is driven by the expectation that private credit insurers will significantly restrict cover for exporters, in particular for short-term transactions. Following a joint action between the European Commission and several member states, Exim-Banks and ECAs are preparing to cover exports for so-called marketable risks, i.e. export transactions with a maximum risk period of less than two years in member countries of the Organisation for Economic Co-operation and Development (OECD).

In addition, the focus of institutions in several countries such as Slovakia will be much more on eligibility. Although sound risk assessments for transactions are required also in times of crisis, a significant number of Exim-Banks and ECAs quickly amended processes to be more flexible and supportive. Czech EGAP, for instance, implemented fast track applications and shorter claims waiting periods. Others introduced an underwriting approach for existing clients pretending that there is no COVID-19 impact on trade, thus keeping credit lines for exporters open and not changing cover policies as well as country risk ratings.

However, only a number of governments are brave enough to break new ground. For example, Denmark’s government gives evidence for robust action, creating its new working capital facility with significant volumes and a clear understanding that support must come from a separate state account allowing for higher losses. Norway also quickly extended GIEK’s mandate, enabling the Norwegian ECA to manage a new guarantee programme created for the airline industry. In Poland, KUKE will take on the entire transactional risk of all new medium and long-term export credit projects .

What is the way forward? The immediate action of the European Commission and many member states for exporters gives reasons for hope. The Export Credit Group of the EU Council is actively working on joint approaches and the coordination of additional measures. Some European governments as well as their Exim-Banks and ECAs also take on leadership roles in key organisations such as the OECD Working Party on Export Credits and Credit Guarantees, as well as the Berne Union. They focus on an exchange of ideas for action and knowledge-sharing about introduced measures, addressing most pressing challenges and best practices.

Is this enough? One can be of different opinions. On the one hand, several institutions are introducing large support packages with regard to financial resources. Exim-Bank and ECA activities respond to most topical issues helping exporters and in particular SMEs to access working capital facilities. There is also an understanding that the focus should be more on eligibility and less on strict risk assessments. On the other hand, many institutions stop short of introducing support measures which are off the beaten track. There are limited amendments regarding mandates and policies of intervention, although exporters might need much more than increased working capital facilities and extended short-term credit insurance. Stronger interventions would also include higher grant elements and substantial interest rate subsidies within the rules of the EU temporary framework. Last but not least, concerted action is not only required on European level. While some countries have created task forces with key public institutions including Exim-Banks and ECAs, others lack a concise national strategy. This is a missed opportunity, as the coherent interplay of policy instruments in a `strategic eco(n)system` is crucial even in a situation without such a significant crisis. This indicates the need for even more responsive action.

Andreas Klasen is Professor of International Business and Director of the Institute for Trade and Innovation (IfTI) at Offenburg University, advising numerous governments on export strategies and public financing instruments. His publications include the Handbook of Global Trade Policy and Trade: Gridlock and Resilience.

Photo by Jonas Ferlin from Pexels