Book Review - A World Parliament: Governance and Democracy in the 21st Century 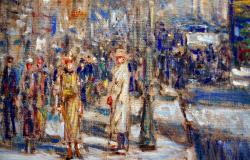 The book offers an up-to-date and very comprehensive account of the topic of a world parliament. The authors draw from more than a decade of their own practical advocacy experience: Jo Leinen chaired two committees as a member of the European Parliament (environment, constitutional affairs), which is considered one of the possible models for a world parliament, and co-chairs the parliamentary advisory group of the Campaign for a United Nations Parliamentary Assembly launched in 2007 (UNPA-Campaign).  Andreas Bummel is the global coordinator of the UNPA-Campaign and co-founder and director of ‘Democracy Without Borders’. 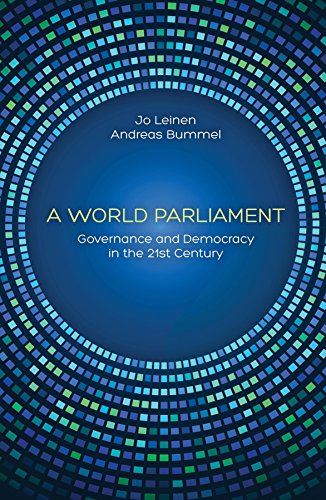 The book is divided into three parts. The first part (128 pages) is a historical account of the development of the idea of a world parliament and its pioneer thinkers. It is a chronological and insightful overview: it starts with early Stoic ideas, as well as briefly touching on India, and the Chinese idea of ‘All under Heaven’ as a universal community. It continues to thinkers such as Francisco de Vitoria (‘res publica totus orbis’), John Locke, Immanuel Kant (cosmopolitan law), Anacharsis Cloots (Bases constitutionelles de la République du genre humain), Constantin Pecqueur, and includes Alfred Tennyson’s poem on the ‘Parliament of Man’. It retells the struggle for universal suffrage and the birth of the inter-parliamentary movement. The journey continues to the League of Nations, and the beginning of the World Federalist Movement during World War II and the establishment of the United Nations, followed by the Cold War. Then, the authors arrive at the more recent history, when cosmopolitan ideas experienced a renaissance, including Richard Falk and Andrew L. Strauss’ call ‘Toward Global Parliament’ (Foreign Affairs, Jan/Feb 2001). The following last sections may be the most original in this first part, as the authors build on their own first-hand, on-the-ground ‘frontline-experience’  since 2007 campaigning for a United Nations Parliamentary Assembly (UNPA), which would be a second chamber complementing the insufficient U.N. General Assembly (UNGA) that only consists of states’ representatives. The reader learns how different institutions have responded to the UNPA campaign amid growing support of currently over 1,500 members of parliaments around the world, many former heads of state and ministers, as well as regional parliaments.

The second and largest part (238 pages) addresses governance challenges today. It contains a wide array of 16 contemporary issues and how they relate to the democratic deficit on the global level. The topics addressed here are eclectic and range from the global economic and financial system, global taxation and a world currency, to collective security, existential risks, climate change, data protection, global citizenship education, poverty, water and food security. My experience as a reader was that I considered some policy issues from a different political stance, and intuitively wanted to see them separate from the institutional question of a world parliament. However, they are not. This inner struggle on how to address global issues only reinforces the main point of this part of the book: many, if not most of today’s most important policy questions require a form of integrated, global democratic institution. Irrespective of political preferences, there is a growing need to move away from behind-closed-doors diplomacy and backroom deals towards discussing global policy questions in a global public forum. And not from a state’s, but from a citizen’s perspective.

The third part, which is the shortest (33 pages) yet most exciting, sketches the possible design and conditions for the establishment of a world parliament (the ‘how’). The authors explain how the European Parliament could serve as a model for a world parliament as it slowly managed to acquire more powers. They explain the proposal for a U.N. Parliamentary Assembly (UNPA) as a first step in an incremental process towards a world parliament. It could be established as a subsidiary organ of the U.N. General Assembly based on article 22 of the U.N. Charter or via an international treaty. If based on article 22, it would not require a change of the U.N. Charter, and may be a realistic option, at least from a legal perspective. The book also sketches a vision on how a world parliament may later legislate ‘world law’ and its qualitative differences to current international law. Finally, the book also addresses, what may be the underlying factors that might lead to such a profound transformation of consciousness and to broad political support. They recall the success of creating the International Criminal Court (ICC), which rested inter alia on diligent preparation by global non-governmental organizations and academia in the background. The authors express their hope for a broader cosmopolitan movement with the support of citizens as well as enlightened political leaders. In that process, the UNPA might serve as a central catalyst for change. Rather than waiting for the next disastrous ‘shock event’ to change the global institutional order entirely, one should rather work continuously for changes that may lead to planetary consciousness. Windows of opportunity for incremental changes may present themselves unexpectedly, as they have in the past.

The ideas presented in the book are bold, yet the tone is tempered and hopeful. This thoughtful account is a tribute to reason, and provides a most welcome contrast to populist hysteria. It is a valuable resource for students and professors of international relations and global politics, in particular with respect to institutional cosmopolitanism. It is also written for the general audience (with reader-friendly endnotes in the Kindle version), and certainly recommended for leaders of political parties, stateswomen and –men for consideration of their long-term agendas, and for philanthropists and civil society advocates. Hopefully, the book will also have an impact on the 2020 U.N. reform summit, marking the 75th anniversary of the United Nations.

The book is a tremendous achievement and adds an important advocacy perspective to the existing literature in this area, such as Richard Falk’s and Andrew Strauss’ A Global Parliament: Essays and Articles (2011), Daniele Archibugi’s The Global Commonwealth of Citizens: Toward Cosmopolitan Democracy (2008) and Joseph E. Schwartzberg’s Transforming the United Nations System: Designs for a Workable World (2013). The translator Ray Cunningham deserves special credit for translating this compendious book from German into English.

Tim Woeffen is PhD Student at the Department of Humanities, Social Sciences and Law at the Harbin Institute of Technology (HIT).