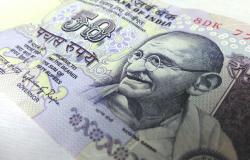 Why India may not be the top of the list for FDI leaving China and what can be done to make it more attractive.

China is the global manufacturing hub that accounts for 12 percent of the world’s GDP growth. The strained economic diplomacy resulting from the allegations against China over its handling of the COVID-19 crisis have caused foreign investors to consider shifting their manufacturing activities from China to other South and Southeast Asian countries. While India, riding on the ‘Make in India’ wave, is hopeful to attract capital fleeing China, it may not be the first choice for many companies. A study exploring FDI in India, cites two studies that show that India faces high competition primarily from regional competitors. First, a Nomura Group Study found that in 2019, out of the 56 companies that shifted their production out of China, only three invested in India; while 26 went to Vietnam, 11 to Taiwan, and 8 to Thailand. More recently, in April 2020, Nikkei noted that out of the 1,000 firms that were planning to leave China and invest in Asian countries, only 300 were seriously thinking of investing in India.

An index titled ‘Where Will They Go’ (WWTG) by the Dutch Rabobank - uses export basket similarity to China’s, manufacturing wages similar or lower than China, long-term investment climate in terms of Ease of Doing Business and sound institutional quality, as parameters to find the most attractive FDI substitute nations to China. Consistent with on-ground trends, Vietnam’s low wage rate, export similarity, robust investment climate and low transportation costs, put it among the top contenders along with Thailand, Malaysia and Taiwan. India features fifth on the list, followed by other South and Southeast Asian nations.

Figure 1: ‘Where Will They Go’ Index

While India has a strong economy and large consumer base, the legal and administrative shortcomings, or red-tapeism, deter investor confidence. The hurdles begin right with land acquisition which requires a myriad of clearances and multi-departmental approvals. To add to this, lack of quality energy infrastructure and transportation facilities is keeping manufacturers away. Finally, increased imposition of import duties to a 30-year high and the government’s decision to opt out of the Regional Comprehensive Economic Partnership (RCEP) could have reduced the attractiveness of the Indian economy.

In stark contrast, Vietnam is offering tax holidays to investors, and bolstering investment-friendly environment. Vietnam has also successfully ratified Free Trade Agreements (FTAs) with key players in the regions such as the ASEAN, Japan, EU, South Korea and USA.  Due to policies like this, the FDI in Vietnam grew over 9 percent between 2018-19, as compared to India’s 2-3 percent. Southeast Asia has also displayed resilience of supply chains with Taiwan, Vietnam and South Korea playing the major economies to get their production processes on track amidst the pandemic.

The relative efficiency of labour in Vietnam seems to be attracting foreign manufacturing units, which points to a need for a skilled and educated population. Additionally, time overruns due to land acquisition issues in India have led to delay in huge investments such as in the case of Saudi Aramco (US$ 60 billion) and South Korean Posco Steel (US$ 12 billion).

What is India Doing?

This is a rare opportunity to draw FDI en-masse to India. There is no doubt that the Ease of Doing Business (EDB) is a major enabler of drawing foreign investments into economies. But in the Indian context, although the EDB scores have steadily increased in the last decade, the FDI percentage in the domestic economy has remained more or less stagnated. In fact, in 2020, India moved up 14 places to acquire the 63rd rank (scored 71 out of 100) amongst 190 nations in the World Bank’s EDB index.

To maximise the gains, the Centre has taken up policy interventions such as permitting 100 percent FDI in contract manufacturing under automatic route; consolidating wage laws into the Four Labour Codes, setting up a land pool of 461,589 hectares for foreign companies and slashing corporate tax rates to 15 percent for new manufacturing companies.

It is true that the major onus of policy changes on the ground lies with the states. Thus, in the recent months, state governments have undertaken drastic measures such as amending labour laws in Gujarat, Madhya Pradesh, Maharashtra and Uttar Pradesh. While this has drawn sharp criticism due to increases in permitted working hours, less labour inspection and lower job security, the positives include easier labour-related registration and speeding-up hiring processes. Coming to more structural reforms, the governments of Karnataka, Tamil Nadu and Andhra Pradesh are pushing for fast-track clearance, tax incentives and the establishment of an investment promotion task force. To combat infrastructure and land constraints Karnataka and Telangana are also developing industrial townships and parks

Media reports state that the government, through its overseas missions, has reached out to 1000 US companies seeking to move their manufacturing base from China. India is prioritizing pharmaceutical companies, medical equipment suppliers, food processing units, textiles, leather and automobile-part manufacturers. Going beyond piecemeal measures, India needs a comprehensive FDI package to successfully convert such negotiations.

For India, its industrial promotion policy is favourable to FDI growth in the domestic economy. In addition to recent calls to promote local industry by the Indian Prime Minister, the issues faced by foreign manufacturers should be comprehensively addressed through measures such as: single window clearances, a plug-and-play model of industrial set-up, skill development, the creation of road and rail networks to reduce transaction costs, financial incentives such as tax holidays, lower import tariffs on inputs and capital.

Photo by Sohel Patel from Pexels

People want Privacy. Big Tech should Give it to Them - For a Price