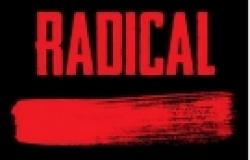 In this time of widespread inequality, injustice, and ecological crisis, Natalie Fenton urges those studying media, and social and political movements to put politics ‘at the heart of our analyses’. Fenton argues that too much research focuses on the technological and mediated aspects of politics and resistance, without attending to the actual politics of the activists being studied. Her point is that without actually addressing the politics of protest we lose sight of the need for, and means of, social and political change.

In this book Fenton provides an analytical framework for the kind of social and political critique that she is proposing. Fenton’s framework calls on researchers to attend to the critical, political, radical and contextual. Chapter One provides an overview of this analytical framework which is opened up, developed and applied across the rest of the book. By ‘critical’, Fenton is referring to critical theory. She draws on critical theory as a source of inspiration and lens to refocus debates about digital media, movements and politics. This has the double effect of underlining: a) the value of critical theory and b) the importance of attending to explanation as well as the means of transformation. By ‘political’, Fenton writes that she is referring to both ‘ordinary’ and ‘extraordinary’ politics. She challenges contemporary interpretations of what it means to be political. Her argument is that we cannot fully understand contemporary political dynamics without looking at both extraordinary politics (the institutions and practices of formal politics) and the ‘politics of being’ (the affective responses and the politics of passion that exist in the ordinary and every day). If we do not pay 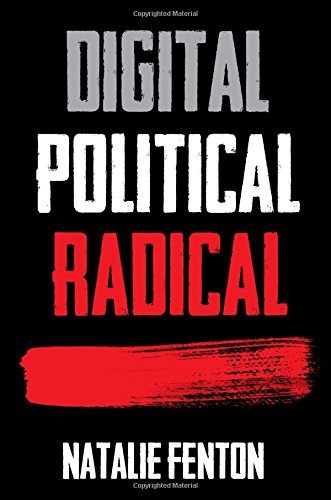 attention to both, we will not fully understand contemporary protest and we risk missing the emerging, promising and progressive ideas to be found in radical politics. By ‘radical’ Fenton is referring to radical progressive politics, the grassroots ‘politics that is of the people’ and seeks transformation in ways that establish a more just and equal society. Fenton argues that learning from radical politics requires attention to both political pragmatism and power. Her questions are illustrative of this approach: ‘How can a radical politics effect progressive change? And what are the conditions required, including the communicative conditions, to bring about radical progressive change?’ (p. 10). The final component of her framework is context: she argues that attention to context is central to understanding politics and counter-politics. For Fenton, the two key contextual factors are economics and the role of the state. She uses this analytical framework throughout the rest of the book to read previous research on media, social and political movements in a fresh light. This framework is also used to assess the political significance of contemporary movements and draw out ideas with transformative potential.

Chapter Two provides an overview of debates about digital technologies, political activism and political practice. In this chapter Fenton considers the relationships between activist practices and technological capabilities. She addresses claims that the internet has changed activism and challenges the idea that the internet is ‘inherently liberatory’. Chapters Three and Four take on debates about liberal democracy by engaging directly with Habermas’s concept of the public sphere and those who have used it. Fenton argues that contemporary social movements are challenging liberal democracy and traditional party politics, and that in these challenges we can learn new ways to think about democratic formations. What is crucial is an expanded understanding of what it means to be political by recognizing that politics is about more than rational debate and consensus: it is about struggle, agonism and passion.

Chapter Five engages with previous research about the relationships between digital media, interactivity, political participation, networks and power, and autonomy. The chapter stresses the importance of understanding the role of organization, practice, and actually existing politics. Chapter Six uses case studies of Syriza and Podemos to demonstrate and reinforce the central argument of the book: that there is a need for a holistic and critically contextual perspective in the study of radical politics. If we just look at how radical politics are being mediated without understanding what is being communicated, why, and key contextual factors, we risk misunderstanding politics, resistance, contemporary power dynamics, and potentials for change. The conclusion of the book returns to this question: what are the circumstances in which politics is rendered open to contestation and revision today? Fenton addresses this question by using Occupy and other examples to assess the strengths and limits of neoliberalism. In the conclusion she argues that we need to ‘put politics back in the picture’ and ‘reinvigorate critical research that is explanatory, practical and normative’.

This book is political, timely and needed. Fenton’s analytical framework will be used by researchers studying media, as well as social and political movements. The analyses of previous research in the areas of digital media and digital activism will be of great use to those studying and researching protest, the limits of liberal democracy and potential areas of change. The radical and contextual analyses of contemporary movements renders the politics of these movements more visible. Most importantly I think, the book achieves what the author intends: it convinces and inspires us to consider carefully in our work not just why things are the way they are but how they might be otherwise.

Dr. Joanna Redden is Lecturer in Media and Communications at the School of Journalism, Media and Cultural Studies, Cardiff University.

Algorithmic Bias and the (False) Promise of Numbers