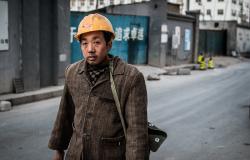 While the plight of internal migrant workers has been noticed, international law has not yet recognized the distinctive nature of their mobility.

The displacement of millions of internal migrant workers due to the COVID crisis raises new conceptual issues for the study of forced migration.

The number of internally displaced persons (IDPs) forced from their homes by violence and conflict is nearly twice as large as the number of refugees. According to number released by the Office of the United Nations High Commissioner for Refugees (UNHCR) in June 2020, there are 45.7 million conflict IDPs compared to 26 million refugees. In addition, millions of people  are displaced due to natural disasters and the effects of climate change each year, and most remain in their country of origin. Yet in the world of forced migration studies and policy, IDPs occupy a decidedly second-class status.

Refugees—persons outside their home states and unable to return home due a threat of violence—are guaranteed rights by an international convention and protocol that have been ratified by most of the states of the world. Refugees also have an international organization devoted to their welfare—UNHCR—which has twice won the Nobel Peace Prize.

There is no international treaty protecting IDPs. A set of non-binding Guiding Principles on Internal Displacement identify general human rights norms that protect IDPs, but the Guidelines have never been formally adopted by the UN. Nor is there an international organization for IDPs. The international community responds to internal displacement emergencies through a cumbersome process organized by the UN Office for the Coordination of Humanitarians Affairs.[1] During the negotiation of 2018 Global Compact on Refugees, a number of states pressed for inclusion of IDPs. The suggestion was rejected.

In an attempt to draw more attention to the plight of the world’s tens of millions of IDPs, Secretary General Guterres has convened a High Level Panel on Internal Displacement. Its charge is to find “concrete long-term solutions to and rais[e] global awareness of internal displacement.” But whatever recommendations the panel comes up with in its report (due in 2021), there is little likelihood that a new international structure will be established, binding norms adopted or substantial funding devoted to situations of internal displacement.

From one perspective, the differential treatment accorded IDPs and refugees seems arbitrary: persons in both groups have been compelled to abandon their home communities and are usually in need of assistance and protection; in today’s world neither refugees nor IDPs fleeing conflict have much of a prospect of a quick return home. Why should those who have been displaced within their home states be treated differently from those who have gone a bit further and crossed an international order?

The climate crisis has brought new attention to IDPs. This is due to a combination of two factors: first, the recognition that the vast majority of persons displaced by the effects of climate change will remain in the countries of origin; and second, the number of persons likely to be forced to move. The Internal Displacement Monitoring Centre reports that of the 28 million displacements in 2018, more than 60% were due to disasters (storms, floods, drought, earthquakes). A World Bank study concludes that climate change in Sub-Saharan Africa, Latin America and South Asia could create as many as 140 million internal migrants by 2050.

With climate, a strong case can be made for international responsibility to craft and fund responses to internal movement. It is repeatedly noted that the states most affected by the effects of climate change are not the states most responsible for the climate crisis.

The heightened attention now being brought to internal displacement is long overdue.  The question is whether it will extend to those displaced because of the impact of COVID-19. The plight of those internally displaced due to responses to the pandemic has not gone unnoticed. It has been widely reported in the press. And the International Organization on Migration has noted that “[w]ith lockdowns leaving internal migrants unemployed and homeless, thousands of workers in the informal sector returned from cities such as New Delhi to the security of their hometowns. Such exoduses of migrant workers—both international and internal migrants—have two main effects on the countries and places of origin: increased health vulnerabilities and socioeconomic pressure.”

But the international community has not been mobilized to respond nor have international organizations directly addressed the situation. Thus, while the Secretary General has issued an important policy brief on “COVID-19 and People on the Move,” the paper focuses primarily on international migrant workers. It says almost nothing about millions of migrants filling jobs within their home states now being forced back to their communities of origin. Similarly, statements on the pandemic by the UN High Commissioner for Human Rights call out abuses inflicted on international migrants but internally displaced migrant workers go unmentioned.[2]

These gaps likely spring from the fact that the legal structure—such as it is for IDPs—has no category in which to place returning migrant workers.[3] For refugees and IDPs, conflict or disaster force them to flee from their home communities; with COVID-19 the flow is reversed: with no jobs and no income, millions of migrant workers are effectively compelled to move back to their home communities. In addition, there may also be the view among the international community that the displacement is temporary and that migrant workers will return to the cities once the pandemic ebbs.

In the meantime the needs of those who have been compelled to return home are manifest. So what might the international community do? First, it could support efforts adopted by affected states. For example, in June Prime Minister Modi announced funding for a strategy to create livelihood opportunities and public infrastructure for returning migrants in several Indian states.[4] Second, it could seek to ensure that migrants and home communities receive timely and accurate information about COVID-19 and measures that can be taken to prevent its spread. Third, it could publicize and affirm the human rights of displaced migrant workers.[5]

The displacement of internal migrant workers is just one example of the pandemic’s impact on mobility.  Economic lockdowns and stay-at-home orders have imposed new forms of immobility. Border restrictions, typically described in demographic and security terms, are now defended as essential health measures.  Refugee resettlement and the admission of asylum-seekers have virtually stopped. Contact tracing and other measures to stop community spread of the virus have already led to heightened surveillance of what I might call “everyday mobility”—that is, trips close to home to shop and visit friends and family. The idea of “immunity passports” has been put forth.

Scientists predict that the world will experience new pandemics in years ahead. As we confront these challenges, we will need to think about a new category of forced migrants:  the pandemically displaced.

T. Alexander Aleinikoff is University Professor and Director, Zolberg Institute on Migration and Mobility at The New School.

This article first appeared on the Pandemic Discourses blog. It is part of an ongoing series on COVID-19 and internal migration. It is published in partnership with the Cities and Human Mobility Research Collaborative, an initiative of the Zolberg Institute on Migration and Mobility.

Why the US Recognition of the Armenian Genocide Matters

The US and EU’s Intellectual Property Initiatives in Asia: Competition, Coordination or Replication?