Managing the G20’s Relevance: Japan’s Role and Priorities during its G20 Presidency – A Conversation with Yuho Nishimura 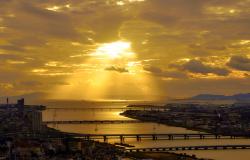 Yuho Nishimura, Director of the International Department at The Genron NPO and a GGF 2030 Fellow, discusses the upcoming G20 meeting in Japan, and Tokyo’s priorities during its G20 presidency.

Since its establishment in 2008, the G20’s most successful achievements have been the first G20 summit in Washington D.C. and the second summit in London, which aimed to address the 2008 financial crisis, to restore global economic growth, and to implement necessary reforms in the world's financial systems. The London summit took place six months after the 2008 financial crisis and resulted in an agreement through which world leaders injected $1.1 trillion dollars into the world economy. Since then, the G20 has played a crucial role in reshaping the governance of global finance by implementing financial regulations that aim to mitigate risks to the financial system as a whole, developing strict rules for investment banks, increasing the lending capacity of the International Monetary Fund (IMF), and collecting information on the shadow banking system.

It was during this period that China rose to become a global economic superpower. When the Chinese government announced its own massive fiscal stimulus plan shortly after the G20 2008 summit, most of the G20 countries had yet to recover from the economic fallout of the financial crisis. This bold measure helped sustain the global economy and the stability of financial markets, and it marked the fall of American unilateral dominance as China transformed into an economic powerhouse.

The success of the G20 summits has encouraged the acceptance of this diverse multilateral forum made up of both advanced and emerging markets that reflect our multipolar world, and taught the West that both presence and commitment from emerging countries are necessary for global financial governance in the twenty-first century.

Many argue that the G20’s efficacy as an emergency response mechanism has declined in recent years, as evidenced by the 2017 German summit and 2018 Argentina summit, when conflict between major powers exposed the increase in tensions over trade and climate change issues.

However, as the G20 is attended by heads of state from twenty countries and by representatives of institutions that represent almost two-thirds of the global population and 90 percent of the world’s GDP, it still has an invaluable role to play as a platform for candid discussions about global economic growth and transnational issues. Over the last decade, the G20 has focused on market stability and restoring economic growth, but it has also addressed and increased public awareness of transnational issues such as poverty reduction, migration, cryptocurrency regulation, and employment. In an encouraging statement made from the leader of one of the founding countries of the G20, Canadian Prime Minister Justin Trudeau said, “What sets the G20 apart from other organizations — its origins as a rapid-response, crisis-management group, and unique size and flexible structure — makes it particularly well-suited to take on big issues that we all face in our rapidly changing world.”

Japan will host the 2019 G20 Osaka summit on June 28-29, and the Japanese government has announced that it will prioritize trade imbalance, infrastructure quality, aging societies, and digital taxation.

First, I am following the discussion on digital taxation closely as it highlights the G20’s initiative to address non-traditional issues. There has been increased criticism of major digital multinational companies not paying their “fair share” of taxes. These digital multinationals have taken advantage of rules governing taxation of foreign companies, which, in the current system, depend on whether the firm has a permanent establishment (PE) in a country. This system has paved the way for IT giants to avoid taxes by not maintaining such PEs in the countries they operate in. According to the European Commission, digital firms have an effective tax rate of only 9.5 percent, compared to 23.5 percent for traditional business enterprises. With the rising global discontent towards this “lawful” tax-evasion by multinationals, and with globalization’s waning reputation, Japan should provide a forum for international rule-making that will serve as a bridge between Europe, which aims to tax digital multinationals, and the reluctant United States and China.

Second, this G20 will emphasize the Quality Infrastructure Investment (QII) Partnership agenda, and its aims of increasing economic productivity, safety, and resilience, while transparently and sustainably contributing to local economies. While China is incurring debt as it expands its infrastructure in line with its own rules, the G20 needs to provide a forum for debate over appropriate global infrastructure standards and funding.

Lastly and most importantly, as the current holder of the G20 presidency, Japan is responsible for protecting the rules-based free trade regime, which currently faces an uncertain future due to the harsh tensions between the U.S. and China. The Japanese government has announced that, regardless of the outcome of bilateral negotiations between the two countries, it will initiate trilateral dialogue together with the U.S. and the E.U. with the aim of reforming outdated aspects of the WTO.

Japan needs to display strong leadership and provide a decisive voice that aligns with the G20’s core mission to strengthen the economic foundations of the world and to enable sustainable and inclusive growth of the global economy. Although there has been wide-spread debate over the U.S.-China “decoupling” since the end of 2018, China has become an integral part of the Bretton Woods framework, making separation impossible. Instead of maintaining the status quo, the G20 must work together to update the global system by engaging China. In the face of rising unilateralism, the G20 must also deliver a strong and effective message to the world about respecting and protecting mutual values, such as the rules-based system, multilateralism, and international cooperation.

Moreover, Japan should set a bold new agenda for a multilateral rule-making that responds more effectively to rapid global and technological change. An example of this is Prime Minister Abe’s announcement regarding the creation of a framework for cross-border data sharing at the World Economic Forum in Januar

While it faces an uphill battle, the leadership Japan displayed last year during the Comprehensive and Progressive Agreement for Trans-Pacific Partnership (TPP 11) and the Japan-EU Economic Partnership Agreement shows that it is fully capable of fulfilling its role as G20 President.

Yuho Nishimura is director of the International Department at The Genron NPO, an independent think tank in Japan. She is a Global Governance Futures 2030 fellow. The views expressed here are her own.