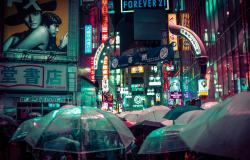 Daniel Clausen explores how Japan's cities are engaging in state-like actions at home and abroad.

The 21st century has been called the “urban century.” The World Bank estimates that currently about 55 percent of the world’s population lives in cities and that 80 percent of world GDP is generated in cities. As the populations and economic power of cities have grown, so has their global power. Although states continue to be the main actors in global affairs, we can see that as city diplomacy continues to mature through organizations like the C40 Cities Climate Leadership Group and official meetings like the Urban 20, they will have substantial impacts both on global conversations and ground-level policies.

Japan is a landscape rich in examples of city and local diplomacy. Beyond the normal activities of local governments in promoting tourism, sister-city relations, and trade, local actors in Japan have chosen at various times to involve themselves in environmental issues, disaster resilience planning, anti-nuclear activism, and more contentious political issues such as historical and territorial disputes.

In big metropolitan areas, such as Tokyo, we see the strategic and institutionalized nature of city diplomacy. The Tokyo Metropolitan Government has a professional staff dedicated to international affairs, a formalized strategy, and events that engage the approximately 160 embassies and representative offices in the area. The Tokyo Metropolitan Government has even established a scholarship fund for Tokyo Metropolitan University to support the development of human resources to enhance its diplomacy. In 2019, Tokyo was the location of the Urban 20 Summit. The summit was chaired by Governor Yuriko Koike and the final communique was presented to G20 President Shinzo Abe prior to the G20 meeting, representing the consensus of the 35 mayors involved. This summit demonstrates the growing ability of mayors and cities to impact global conversations and influence world leaders.

Unfortunately, the Tokyo Metropolitan Government features prominently as an example of local diplomacy for reasons other than its professionalism. In 2012, the nationalist governor Ishihara Shintaro announced that the Tokyo Metropolitan Government would purchase three of the disputed Senkaku / Diaoyu from its private owners. The move was calculated to escalate tensions with China and provoke domestic nationalist sentiments. The action prompted Japan’s national government to buy the islands before Tokyo’s government could. The incident serves as an important example of how enterprising local actors can “stir the pot,” prompting national governments to act. The incident also demonstrates that city diplomacy is not always a positive force for peace, but instead can feed into the nationalist impulses of the state and its people.

Osaka and the Politicization of Sister Cities

A case in Japan also demonstrates how seemingly innocuous sister relationships can become politicized. In 2017, the over sixty-year relationship between San Francisco and Osaka became strained when San Francisco erected a statue honoring South Korea’s comfort women (read more here). In 2018, in a dramatic ten-page letter, Osaka ended ties with San Francisco over the introduction of the statue. Although Osaka is still listed as a sister city on San Francisco’s website and the San Francisco - Osaka Sister City Association still maintains a website, it is unclear whether there has been any activity related to the sister city relationship since 2019.

City Diplomacy Based in Local History and Experience

The city diplomacy of Japan also demonstrates how local histories and experiences can be used as resources for global engagement. In cities such as Kitakyushu and Minamata, we see environmental diplomacy based on local experiences. In the case of Kitakyushu, its global activism focuses on the reduction of air and water pollution, especially with the Kitakyushu Initiative for a Clean Environment which ran from 2000-2010. In the case of Minamata, its local diplomacy focuses on Mercury poisoning, a key result of which is the Minamata Convention on Mercury. In Hiroshima and Nagasaki, we see antinuclear activism on display through official Peace Declarations and its participation in Mayors for Peace, an organization of over 8,000 cities that advocate for a nuclear-weapons-free world. In the localities of Sendai and Hyogo, we see initiatives for disaster preparedness through the United Nations in both the Hyogo Framework for Action (2005-2015) and the Sendai Framework for Disaster Risk Reduction (2015-2030). However, these are only the most obvious examples of local diplomacy based on experience and history. There may be many more the author is unaware of.

In some small towns in Japan foreign engagement can be a strategy for survival. The city of Izumo (population 175,000), for example, launched a program – the Multicultural Living Promotion Plan – that included various projects to encourage foreign residents to settle in the city, such as a Portuguese-language Facebook page and outreach programs by recruiters (you can read more here and here). More examples of survival-based global programs might exist in Japan that would be worthy of scholarly attention.

As examples from Japan show, cities and local governments are becoming important actors on the global stage. In some cases, they are formalizing and professionalizing their diplomatic activities (Tokyo Metropolitan Government). In other cases, cities are using their unique histories and experiences for global advocacy (Kitakyushu, Minamata, Sendai, Hyogo, Hiroshima, Nagasaki). In still other cases, we see that international outreach can be a tool for community survival (Izumo).

If the 21st century truly is to be an urban century, then we can expect the global impact of local governments, including those in Japan, to continue to grow.

The US and its Two Cold Wars