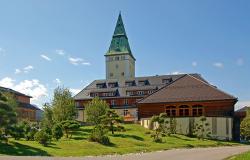 Elisabeth Winter recommends a values-based foreign policy approach for the G7 to restore its legitimacy through inclusivity.

Only a few days until this year’s G7 summit will take place again at the castle of Elmau in Bavaria as Germany holds the annually rotating G7 presidency. In line with its ambitious G7 theme for 2022, "progress towards an equitable world” German Chancellor Olaf Scholz declared at the beginning of the year: "We will use our presidency to ensure that this group of countries becomes a pioneer. A pioneer for a climate-neutral economy and a just world."  The goal: to use the G7 not only as a forum for international crisis management, but to actively shape international politics.

However, only a few weeks after the announcement of the motto, the Russian attack on Ukraine began. Kremlin leader Vladimir Putin destroyed the European peace order and created new geostrategic realities. Since February 24, 2022, the G7 has once again found itself in its familiar role of crisis manager. Tried and tested in this role, the group has reacted quickly and cohesively and imposed joint sanctions on Russia. As the G7 aspires to become a global agenda setter, it should not lose sight of its original 2022 goal. In contrast, the G7 must seize the moment as one of the last remaining global fora for cooperation among democracies to set the tone for a values-based foreign policy.

Escalating geopolitical competition and democratic backsliding have been complicating and even impeding international cooperation in recent years. Authoritarian states like China and Russia have been blocking decisions at the UN as well as at the G20. Back in 2014, the G7 countries underscored their shared value base as democracies. At that time, the seven "leading democracies" reacted to Russia's annexation of Crimea, which was illegal under international law, and expelled Russia from the former G8.

The Russian war of aggression in Ukraine, which began in February 2022, and thus the violent breach of international law by a former partner, lends a new urgency to the future of global cooperation. As an alliance of economically strong democracies, the G7 can use this opportunity to set international accents for a foreign policy based on democratic values. As an explicit group of democracies, the G7 can offer a space for trusted international cooperation among like-minded countries. In this sense, the G7's prompt concerted response to the Russian aggression in Ukraine is an important signal to the international community.

Now, it would be important to bring this unity to the many aspects of their original agenda as some of them are more pressing than ever: the humanitarian challenges posed by wars worldwide, the implementation of global vaccination justice in the face of pandemics, and the fight against climate change at the global level are just a few highlights.

Considering the intensifying great power competition, it is all the more important that the G7 members not only stand together as partners with shared values and convictions, but also implement them. If the G7 wants to increase its legitimacy as a values-based group, its activities, often derided as summit politics, must go beyond mere lip service. To commit to its values, the G7 needs a new approach to ensure more inclusivity, and thus, more legitimacy. The G7 must open up both internally and externally. It must involve its own civil societies in decision-making processes and enter into international cooperation with other democracies - and their civil societies.

The G7's Cornwall Consensus of 2021 kicked-off the crucial conversation on the nexus between government and economy, but the discussion on the role of the state in economic policy has to continue. Social inequality is on the rise, in G7 member states and the rest of the world. At the same time, we know that economic integration alone does not lead to prosperity for all and thus to the spread of democratic values. As the developments in the USA demonstrate: Even established democracies can be undermined if the concerns of a large part of the population are ignored.

The G7 is still not anchored in public discourse. Through the so-called engagement groups (Civil7, Science7, Women7, Think7, Youth7, Business7, Labor7), selected civil society actors are already involved in the preparation of the G7 processes, but completely outside of public perception. By large parts, it has remained an elite discourse until today. More long-term efforts are needed to engage more – and especially more diverse people – in the already existing formats.

Cooperation between the G7 countries and the G20 is already established in parts - but it is becoming increasingly complicated. After all, China, Russia, and other increasingly authoritarian countries are also part of this grouping. With their self-image as a values-based group, cooperation between the G7 and G20 is therefore becoming more problematic. Moreover, the G20 also raises the question of legitimacy at the global level. However, the G7 can gain new legitimacy through a values-based foreign policy that enters into international partnerships on the basis of its shared convictions. In doing so, the focus must be on people, and cooperation should be entered into on an issue-by-issue basis.

The realization of a value-based foreign policy is urgent. This requires international cooperation, the involvement of civil society, and a lot of fresh impetus. Back in 2014, the G7 redefined itself as an alliance of values beyond its economic cooperation. Now it is time for this values-based alliance to deliver. The G7 should use the current momentum to define common positions and translate them into practical policies. This applies both to the management of immediate crises and complex global tasks and to the long-term shaping of international cooperation. It is precisely now that a values-based foreign policy is needed. "Progress towards an equitable world" must point the way forward.

Elisabeth Winter is the program director “Global markets & social justice” at the Bundeskanzler-Helmut-Schmidt-Stiftung (BKHS). She teaches US foreign policy, international trade, and geoeconomics at the Freie Universität Berlin.