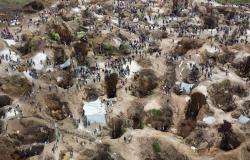 Sara Hastings-Simon and Morgan Bazilian explain why the issues surrounding critical mineral security differ from traditional energy security. The required response should avoid delaying the transition to a low carbon future, whilst using the time available to focus on building robust supply chains and creating economic opportunity both in the U.S. and internationally.

As trade tensions with China heighten, increasing interest has been drawn to the importance of critical minerals supply, with bipartisan calls for action at the Federal level, such as those ensconced in the American Minerals Security Act. The recent plan delivered by the House Select Committee on the Climate Crisis notes the importance of critical minerals as industrial feedstocks for clean energy technologies.

Underlying the increasing interest in these minerals are fundamental changes to global energy systems, and concerns about how supply threats could undermine national security. But using traditional metrics and analogies from energy security will not suffice in this new case.

The U.S. is wise to consider how increased demand for critical minerals will reshape markets, trade, and geopolitics. However, it is important to avoid panic, and focus on preventing delay in the energy transition, while capturing the opportunity to create American jobs and economic development.

The first fundamental difference between oil and gas and minerals is that the latter are an input to the construction of infrastructure, as opposed to a fuel that is combusted on an ongoing basis. This implies that the near term risk is not one of “traditional” energy security (short-term supply constraints or high prices), but rather to the pace of construction of these new systems, and what portion of the manufacturing (across the supply chain) can be domestic.

Similarly, the market structure and supply chains for the two resource types are quite different. Access to the raw minerals does not ensure security, as the raw material processing along with manufacturing of the final components is a longer and less transparent supply chain as compared to many in the fuel sector. Thus, proposals to stockpile raw materials may be insufficient to address the more complex and opaque security challenges for minerals.

Efforts to identify the critical minerals with the most significant supply risk can help direct the attention to the right supply chains. But, the supply risk is only one aspect of a comprehensive treatment of security. As an example, in oil and gas, the approaches have evolved far beyond just thinking about supply to considering issues like demand and markets and there is a need to apply this broader approach (such as quantitative approaches to resilience, portfolios, different types of risk, as well as real options, and other tools) to minerals.

The differences in arise from the fact oil and gas are fuel inputs that are continuously needed to continue run existing infrastructure. Whilst critical minerals which are a key component of new durable infrastructure, with the potential to be recovered and recycled at the end of the infrastructure lifetime. Furthermore, this distinction will play out in different ways, over time, necessitating consideration over two different timescales.

In the near- to mid-term, where there is a fossil fuel-based energy system operating in parallel to the emerging low carbon system, there is relatively less threat to energy security—the way an oil or gas shortage can cause. The new infrastructure that has been already been built, for example wind turbines, solar panels, and electric vehicles, can continue to operate, largely uninterrupted, even in the face of a disruption of supply of new minerals.

While the supply disruption could hamper the ability to build a new solar plant or additional batteries or EVs, the natural redundancy in the parallel “traditional” energy system means we can simply continue to run an existing natural gas plant, or construct new internal combustion engine vehicle.

This would still result in the negative outcome of slowing down the transition to a low carbon energy future, but it is not a threat to energy security in the conventional sense. Only in the long term, when the parallel fossil infrastructure has been retired, does access to critical minerals pose a significant threat to security (acknowledging that slowing innovation and hampering markets is a separate type of risk).

For some very specific use cases, such as defence operations, may already be facing these threats, explaining the push from DoD to lead this charge on security supply chains. But for the large majority of sectors and technologies, there is still sufficient time to address the challenge. In this time available the U.S. should consider what security looks like in a more nuanced way than simply domestic ownership of the supply chain.

The U.S. can support development of a more diversified supply chain internationally through efforts such as the Energy Resource Governance Initiative (ERGI) by sharing best practices while supporting open markets and a level playing field for investment. U.S. government efforts can be combined with strengthening efforts from international organizations such as the World Bank’s Climate Smart Mining Initiative. Importantly, these efforts to build a robust supply chain also include the goals of enabling developing countries to benefit from the increased demand for these materials, but also ensuring that both the carbon and broader environmental footprint is minimized. Bilateral partnerships on developing critical minerals with countries such as Canada and Australia represent another important component of supply chain development.

Enabling a more circular approach to critical minerals is another important component of long-term security. Again there is a key role for international coordination, for example via the UN Environment Programme on circularity. International efforts should also be combined with domestic regulation to create a circular economy that maximizes the use of existing assets.

While a purely domestic supply chain is not the whole solution, there is also a significant opportunity to plan now for how to best incorporate critical minerals into a just transitions framework, where the potential to create domestic portions of supply chains could help support not only jobs, but community level tax revenues and the like. The Federal government should deploy a full suite of the tools available to support and de-risk this opportunity, for example combing direct financial support for pilot projects, loan guarantees for scale up capital, with procurement policies to create a robust market.

Now is the right time to ask questions about critical mineral security, and to work to create the secure supply chains for these resources that will play an increasingly important role in energy security and national defense in the future. But while planning for his future we should avoid creating an unnecessary concern today about risks during the transition, or slow deployment of new infrastructure out of a misplaced concern. In the near term, the real risk is not about access to mineral supply but the risk of slowing down an energy transition to cleaner resources.

Instead, we should be using the time available to carefully craft strategies to ensure access to a secure supply chain—which is not necessarily a completely domestic one—while considering how to leverage the existing industries and natural resources to position the U.S. to capture benefits in the longer term.

Dr. Sara Hastings-Simon is a Senior Research Associate at the Payne Institute for Public Policy and the Colorado School of Mines. She approaches questions in energy, innovation, and climate systems through the multiple lenses of technology, business and policy.

Dr. Morgan Bazilian is the Director of the Payne Institute and a Professor of public policy at the Colorado School of Mines. Previously, he was lead energy specialist at the World Bank. He has over two decades of experience in the energy sector and is regarded as a leading expert in international affairs, policy and investment.