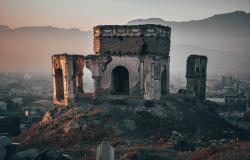 Hizbullah Khan argues that the recent withdrawal of Us forces will not spell the end of the Afghan government as feared by many.

In April 2021, President Joe Biden officially announced that the United States will withdraw troops from Afghanistan by September 11 to end America’s longest war. The withdrawal will not erase the last 20 years’ hard-won gains and trigger civil war as the US and its allies have achieved significant goals against terrorist groups.

There are several reasons that the withdrawal of US troops from Afghanistan will not reverse the gains and create a vacuum for the Taliban to recapture Afghanistan. The US and its allies achievements have already collapsed the Taliban’s capacity for victory, overthrowing them from power, destroyed Al Qaeda’s training bases, and made a strong Afghan army and democratic system.

Concerns also soared among Afghans in 2014 when the US and NATO officially ended their combat role; more than 100,000 NATO troops were leaving Afghanistan and handing full responsibility for security to the Afghan forces. The Taliban fought for seven years and lost thousands of its fighters but they still don’t control a single provincial capital among 34 provinces.

Furthermore, the Taliban, a force five times smaller than the Afghan security forces, has an estimated 50,000 to 60,000 warriors, controlling just 15 percent of rural parts of the country with very small populations. Since 2014, the Taliban has constantly attacked several major cities to constitute a center from which it can easily govern but has failed. The Taliban still has the capacity to conduct high-profile attacks in Kabul and seize some parts of provincial capitals, but they don’t have the power to defeat the Afghan Military and capture the entire country.

Presently, many fear that the exit of US troops could collapse the Afghan government as the Mujahideen war collapsed Dr. Najibullah’s government in March 1992 after the Soviet withdrawal, leading to a civil war. At that time, the West, Middle East, and the majority of the world’s great powers were against Najibullah’s government. However, now most of the world, particularly the great powers including the US, China, and Russia, support Afghanistan’s democratic elected government.

The communist government also collapsed because major leaders of various ethnicities of Afghanistan were against Najibullah. They included Ahmad Shah Massoud who lead the Tajiks, Abdul Ali Mazari, a famous leader of the Hazaras, and Abdul Rashid Dostum who led the Uzbeks. But today, these ethnicities all support the Afghan government and do not want to be governed by the Taliban.

Moreover, the withdrawal will not provide a void for the Taliban to establish an extreme regime in the country as they did in 1996, as this time the scenario is completely different. The Taliban captured Kabul at a time when there was no elected government; Afghan institutions were entirely demolished during the civil war and there was no army. Today's Afghanistan is much stronger than it was in 1996, with functional institutions and 314,000 Afghan army and police.

Currently, the Afghan security forces are entirely able to secure capital, big cities and territories, but the Communist government in Afghanistan survived for three years after the Red army left, and collapsed abruptly after the cessation of security assistance by Soviets. The US and other international partners provide some  90 percent of the budget for the Afghan army, police, and intelligence forces, collectively known as the Afghan National Defense and Security Forces (ANDSF). Sustaining this security assistance is essential to thwarting a civil war and protecting the international community’s accomplishments.

The Taliban has also lost the argument to justify more conflict. In the past, they argued the presence of foreign forces constitutes an occupation which overthrew their government in 2001 and that they are fighting to expel them. Now that the US and NATO are withdrawing their forces and giving the political reins to the elected Afghan government the Taliban will lose its ideological support on the ground, which will undermine their ability to sustain the war against the ANDSF.

Similarly, the Taliban’s contemporary ideology is too conservative and much less acceptable for most Afghans than in the past, particularly for literate people. Forbidding people from modern technology, sports, elections, and women’s rights will not be tolerated. Their narrative is deeply unpopular when compared twith the present Afghan government’s. For instance, a nationwide poll in 2015 found that 92 percent of Afghans supported the Afghan government and only four percent favored the Taliban.

In this situation, the exit from Afghanistan will not only end the US’ longest war, but also stabilize the Afghan government. Then the Taliban will fully lose the justification of continuing war.

Hizbullah Khan is a political analyst, focusing on war and terrorism in Afghanistan who has published articles with Independent, The Diplomat, The Jerusalem Post, The Globe Post, Asia Times, Dawn, and The Quint. Twitter

Photo by Suliman Sallehi from Pexels

The Run-Up To JCPOA's Revival