Can Vestager’s Progressive Tax Enforcement Agenda Save the Single Market? 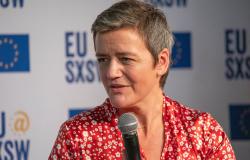 As the European Commissioner for Competition, Margrethe Vestager has changed the political discussion on tax loopholes and tax havens, the time has come for the EU to get serious about financial oversight in addressing tax and financial compliance within the Single Market.

Recently, the EU Parliament has agreed that Ireland is likened to a tax haven. These findings by the Special Committee on Financial Crime, Tax Evasion and Tax Avoidance (TAX3) on March 26th were adopted with 505 votes in favor, 64 against, and 87 abstentions. The same committee criticized Sweden, Finland, and Denmark for blocking the proposed digital tax proposals legislation at the EU Council level. In the current political climate, Vestager has the support from Members of the European Parliament (MEPs) to implement regulatory reform for the promotion of the EU Commission’s initiatives to close tax loopholes.

With this overwhelming support, will the EU Parliament finally act on comprehensive EU-wide tax reform?

The findings of the TAX3 conclude that progress on creating an EU-wide tax reform has been bogged down by political infighting in the EU’s Council decision-making process. Progress has also been stalled due to recommendations by TAX3 on procedural changes that would strip member states of their veto power at the Council level to block tax reforms.

Differences in law and regulatory policies amongst member states have caused the EU Commission to change its unanimity requirements regarding tax reform which have distorted competition in the Single Market. While financial reform has been at the center of the debate, the Juncker Commission Presidency has done little to address the tax avoidance and loopholes that benefit companies operating in the Single Market.

Instead of strengthening the Commission’s compliance mechanisms, Juncker has focused on EU Better Regulation. It also does not help that Juncker’s position has been heavily influenced by special interest in Luxembourg, a state that has benefited from tax windfalls for financial institutions.

As of right now, the EU Commission and parliamentarians representing special interest in member states have been all talk and very little action. It will come down to President-Elect Ursula von der Leyen’s political agenda to promote regulation for the accountability of companies in the Single Market. As a possible first step towards change, von der Leyen has signaled that Vestager will stay on as European Commissioner for Competition, but it remains to be seen what von der Leyen’s political priorities will be after she finalizes her cabinet.

There is a chance to bring greater efficiency and equality back to the Single Market - let’s see what happens.

Europe needs more of the same from Vestager

France and Germany have not been able to come to a consensus on how to reform the EU regarding an EU-wide tax. The French have campaigned for a progressive approach, while Germany has had trepidation in supporting further integration in financial and tax reform. If the two major countries in the EU are not able to create a political consensus, choosing a political agenda to address the financial challenges of Europe is next to impossible.

The candidate with the best track record and “know how” to address the financial and competition challenges in the Single Market is Vestager. If Vestager comes back in her role as Director General (DG) for Competition, both France and Germany will make it difficult for the incoming DG to implement policy agenda due to differing national political agendas. Unless the two biggest economies in Europe come to an agreement, it will be hard to build leadership in financial and Single Market reform.

It will be an uphill battle for von der Leyen to deal with the power of special interest in member states in constraining regulatory agencies. At the same time, the policy priorities in addressing financial compliance will be a determining factor in the competitiveness of European companies in the Single Market.

The development of regulatory oversight will allow for the streamlining of policies in support of economic growth and the protection of society.

At the end of the day, a European tax and competition reform would be a step in the right direction in meeting the demands from society and companies operating in the Single Market. Let’s see if member state governments create policies for the Single Market to enforce more accountability by allowing Vestager to continue scrutinizing competition policy.