Revolution, Again, At the End of the World 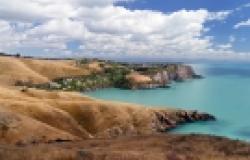 A tiny outpost slightly north of Antarctica, New Zealand is long renowned as a social laboratory. In 1893 it became the first country to give women the right to vote, well over twenty years before “democracies” like the United Kingdom and the USA. From then on, the country led a “welfare state” approach to social and economic development with, for example, an old age pension introduced in 1898. That tendency accelerated towards World War Two, especially through the early 1930s so-called Great Depression when public works schemes provided some of the few employment opportunities. New Zealand’s “cradle to the grave” outlook was watched around the world in education, infrastructure, health and education to name a few.

As a result, Labour governments looked strongly “Left” but, as elsewhere, facing changed voter demographics moved more towards the Centre with smaller alternative parties emerging to represent narrower interests. New Zealand’s more conservative National Party also shifted, so either side of 2000 that social welfare system and outlook came under challenge. And the “first past the post” voting system that characterises Westminster systems seemed increasingly inadequate to reflect all these new views.

That produced another major experiment, the Mixed Member Proportional voting system introduced in 1993 by which 120 Members of Parliament are elected.

Effectively, each voter casts two choices. The first is at local electorate level where they support a specific candidate. There are 64 electorates. Another 7 “electorate” seats are voted for by Maori, a continuation of another “social laboratory” initiative begun in 1867. Then there is “The List”, where voters cast a second choice for their preferred parties. Those parties then take a share of 49 seats based on the proportion of votes/seats won. There is the technical possibility of more than 120 seats emerging as a result of MMP processes, but these are the main provisions.

The theory was, simply, that this would allow all shades of opinion a parliamentary “voice”, alongside an expectation that either of the main parties, Labour or National, would form and/or dominate government.

Since 1993 this system has constantly produced surprises, mostly in the form of coalition governments that have involved strange bedfellows and odd policies. Politicians and parties learned to navigate through difficulties. But this latest surprise will spark increased calls for changes to the process. It also raises wider questions about the nature of the “democratic” process the West is so fond of advocating to anyone else who will listen.

The 2017 election result saw no party hold a clear majority of seats.

The ruling National Party took 44.4% of the vote, 41 electorate seats and 15 List for a total of 56. Its vote declined by just 2.6% from the previous election, and it lost 4 seats. It was just 5 seats short of a parliamentary majority.

So far, this was not new. What happened next was.

New Zealand First had a poor 2017 election. It won no electorate seats but took 9 on the List with just 7.2% of the total vote. That was a clear decline from the previous election where it had 9% of the vote and 11 seats.

The Greens had an even worse result. They won just 8 List seats off 6.3% of the vote. That represented a loss of 6 seats since the last election, almost halving their representation, and a decline from an 11% vote, again heading towards a halving of their support.

Despite a clear slump in popular and electoral support, however, NZF and the Greens controlled the solution to the electoral impasse. A National plus NZF alliance would create a total of 65 seats and a government. On past form, that was likely: the dominant party finding an agreeable ally. A less likely scenario was a Labour/NZF/Greens alliance with a total of 63 seats but a far more complex government.

That was the situation immediately following the election, and it took almost a month of arm wrestling, spoils dividing and personality politics to produce another notable New Zealand experiment.

For the first time under MMP, the party with the most seats and the highest popular vote will be in Opposition. Conversely, the Prime Minister now comes from the second largest party, aided and abetted by two minor parties whose standing got pummelled at the polls.

Among other things, a social media spat has emerged between those hailing and those dismayed by the result. The standard response from the “winning” coalition supporters is quite right: MMP allows for this. The added “Suck It Up Princess” and “Learn To Live With It” comments have not enriched the debate, but indicate the social sharpness this innovation has sparked.

In passing, it is worth noting that many of those offering up such advice have been consistent complainants that Donald Trump is an illegitimate President because he “only won” in the Electoral College. Partisanship is stoked wherever electoral complexity is found.

A deeper defence of the New Zealand result would be the simple one – the old “first past the post” system produced this sort of result all the time, a party could win 44% but miss out.

That is true, but MMP was apparently designed to fully represent the range of electorate opinion, yet New Zealand now has a government in which the second strongest party in the system is held to ransom by two others holding just 13.5% of the popular vote. Meanwhile, the party with most votes and seats is in Opposition. It is doubtful the brains behind MMP had that in mind.

That is then aggravated by personality politics.

The “Kingmaker” is Winston Peters, a veteran politician of Maori and lawyer/teacher background who began political life as a National Party man. A constant individualist and limelighter, he was expelled from a National cabinet for making public his criticism of its decisions. Peters then formed New Zealand First with eclectic policies sometimes in ideological conflict with each other. Deputy Prime Minister/Treasurer then Minister for Foreign Affairs in previous MMP coalition governments, he has been constantly controversial while NZF waxed and waned over the years.

Outgoing Prime Minister Bill English, in politics for twenty five years, is a farmer who held the finance portfolios before former Prime Minister Sir John Key resigned suddenly. A “safe pair of hands” but not naturally charismatic, he tried consciously to become more personable during what is widely described as an excellent campaign. That led to a famous “spray” from the inimitable John Oliver, appalled by a clip in which English “cooks” for his family by tipping canned spaghetti onto a commercially produced pizza base.

Jacinda Arden, the new Prime Minister, is by contrast the great southern avatar of the populist Sanders/Macron/Corbyn model. Young, articulate and personable, she ran a remarkable campaign. Thrust in as Labour leader just eight weeks or so before the poll she made an immediate impact, lifting Labour by twelve points immediately and making the party competitive. In particular she attracted left leaning voters and the young, the latter leading a notable attack on National’s “greedy baby boomers”.

The deep processes that produced this complex result will emerge in time, but one current view is that English was less ardent than Arden to do the necessary deal with the devil in order to hold power. With just 9 seats, Peters demanded the Deputy Prime Minister position plus 4 ministerial posts inside rather than outside cabinet for NZF. That is, a party with just 7.2% of the vote will have half its members holding state power levers. Moreover, Peters demanded that the Greens hold no position inside cabinet, although Arden has allocated four outside cabinet, so half its members also have key policy influence on the basis of just 6.3% of the vote.

Policy implementation problems abound here. The fiscal parameters are tight, yet Jacinda Arden promised that first year university tuition would be free under her government. There is no costing available for that. Peters suggested that his party would demand a referendum on the continuance of specifically Maori seats, yet now one major reason he and Arden hold power is because Labour won all those Maori seats. The Greens want major environmental changes in a country where primary industry drives the economy, so land and water issues are sharp.

New Zealand these days is a land of milk and honey, literally. The dairy “rivers of white gold” industry is a major export winner, but raises environmental concerns over greenhouse gas emissions, soil degradation and water use. Manuka honey is becoming a major export earner as well, but both push into policy challenges beyond the environmental ones.

Peters, for example, has long been a major critic of New Zealand’s high immigration levels, especially from Asia. Oddly, Arden and Labour have been running the same line, revealing a growing voter concern. On the other hand, Peters and Arden have both criticised what they see as New Zealand’s low productivity levels. So NZF and Labour are both suggesting they will cut immigration and raise productivity. Yet dairy and honey industry figures suggest a huge reliance on imported labour and skill is required to sustain productivity. Filipino and Indonesian workers dominate both industries while the tourism sector, another high earner, relies heavily on foreign workers as well.

How this gets resolved inside a complex tripartite arrangement remains to be seen, but the current “we can all work together and get this done” mantra will be tested heavily.

While all that plays out, the debate about the on-going nature of MMP will continue because, party political allegiances aside, a significant chunk of the New Zealand electorate feels disenfranchised, and that is a test in the on-going global search for better forms of democratic participation.