EITI at a Crossroads: Can we Deliver Results for the Poor? 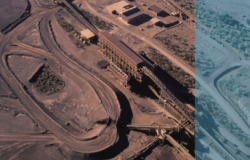 This post represents the first in a series of opinion pieces from the ongoing 2016 EITI Conference, in Lima, Peru being covered on the ground by the Global Leadership Initiative's team. Please check in regularly to keep up to date with the latest news and analysis from the summit.

This week, global and national policy-makers, donor agencies, big business, and civil society groups are meeting in Lima, Peru to discuss the future of transparency in the extractive industries.

The venue itself is symbolic of the successes and shortcomings of the EITI’s standards: Peru is a signatory of the EITI, and throughout initiative implementation, has experienced first-hand the transformation of its mining industry. Not only did the country adopted an EITI Law calling for companies and governments to undergo a series of reporting of the revenues paid into the sector, Peru also implemented sub-national initiatives to positively influence local development.

Yet, as in many resource-rich but poor developing countries, Peru faces significant obstacles in realising the potential of mining-led development. This dilemma, we suggest, is at the heart of the wider debate around the limits of transparency as a tool for effective, responsive governance due to the variations of local institutional environment. The global norms might not translate into local context, as the solutions still lie at the local levels.

The EITI is at a crossroads. In a series of blog posts and policy briefs, the members of the Global Learning Initiative (GLI) from Sheffield University will offer a diagnosis and prognosis of the EITI Standard as a means of delivering equitable and sustainable economic development. Led by Jewellord Nem Singh (Geography) and Zaheer Khan (Management), the GLI team will unpack questions about global governance, development, and political conflicts in order to understand why EITI is currently at a moment of crisis.

At the turn of the 20th century, a number of corruption scandals across resource rich nations brought to light the need for stronger relationships between governments and businesses in the extractive industry.

In 2002 Publish What You Pay (PWYP) was launched to place specific emphasis on revenue transparency to tackle the identified resource curse, which had long been hindering development. The World Bank and IMF welcomed the initiative, and in response, created the EITI as an official governmental process whose aim was to reinforce transparency in revenues and to identify discrepancies between what companies were paying for extracting resources and what governments were receiving.

This has quickly evolved into the organisation which exists today, where a clear set of EITI standards have been ratified by countries that help steer the 51 implementing countries towards greater shared prosperity.

Successes of the EITI

Rapid uptake of the initiative has expanded its reach: from a starting point of 33 countries, 51 nations are now implementing EITI standards.

The EITI has helped implementing countries to identify what could potentially be lost revenue. For example, the Afghanistan EITI secured an average of annual government revenue of around US$ 50 million over the last four years.

To put it simply, the extractive industry, which in the past was characterised as opaque and secretive, is now expected to uphold transparency as a principle for governance.

The future of EITI will ultimately depend on how responsive global actors will be in the demands for better governance in the sector. This involves addressing three key issues.

Firstly, although more countries are acceding to the EITI process and are becoming ‘compliant’ of the transparency standard, oil, gas and mining remain a highly secretive industry. For example, the business practice of collusion between host governments and companies, transfer pricing and beneficial ownership are still unaddressed in many countries. The EITI must, in turn, find ways to reduce these practices over time.

Secondly, growing critiques from civil society are gaining weight, and if not tackled sooner, can delegitimise the successes of the EITI. In many mining regions, the voices of communities who are directly impacted by extractive activities have been excluded in political decision-making. The global NGOs who participate in the EITI process are now seeking to expand the scope of the initiative, demanding that the reports produce more results.

These issues are wide ranging and are necessarily broader than the initial mandate of the EITI: social and environmental issues, volatile commodity prices, and using local content for development. Put differently, how can EITI data reporting produce sound policies that are developmental and pro-poor?

Finally, it is important we tackle whether the EITI process is enhancing deliberative democratic processes at the global level, or simply reinforcing ‘business as usual’ style of politics. Given its voluntary nature, the future might be to make the initiative more compelling so as to raise the standards of good practices in the sector. Otherwise, we may see this initiative failing to deliver for the poor.

To analyse these issues, the GLI members will offer their insights around the policy issues that surfaced in the discussions in the EITI conference. These include:

• The role of political institutions engaged with enhancing accountability, like parliaments and supreme audit institutions, in good governance;
• The importance of multi-stakeholder processes in making policy more meaningful to ordinary citizens;
• The importance of big data in transforming EITI reporting into results;
• Recent initiatives to create standardised data set to compare progress in revenue collection and allocation;
• The role of Chinese investments in the future of the sector;
• The ‘business case’ in favour of corporate social responsibility (CSR) in extractive industries;
• The role of EITI in protecting and promoting artisanal and small-scale mining;
• Governing the extractive industries in the era of low commodity prices;
• The role of mandatory reporting in enhancing CSR; and
• The impact of transparency in resource-led development.