The ILO and the Refugee Crisis 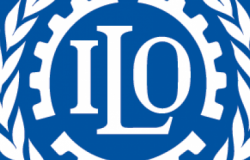 In March 2016, the Global Leadership Initiative at the University of Sheffield, led by Professor Jason Heyes and Dr. Thomas Hastings led a team of social scientists acting as policy analysts to the 326th Governing Body of the International Labour Organisation. The ILO, a special branch of the United Nations, seeks to promote labour rights around the world and is the only branch of the UN with a tripartite system – meaning that not only governments, but workers and employers are represented in the debates and voting.

The morning session of the ILO Governing Body on the 21st March, which was on the labour market impacts of refugees, attracted a greater number of public viewers and a more passionate debate than might be usually associated with the bureaucratic processes of the governing body. In the closing statements of the top panel, there were some issues brought up that are key to the wider problems of what was referred to at the conference as a ‘perfect storm’ by panellist Ambassador Swing – the huge refugee influx from Syria currently putting huge strain on the borders and solidarity of the European Union.

Firstly was the need for a ‘discourse of respect’ in regard to the crisis and its victims, as pointed out by panellist Carol Batchelor (UNHCR). Secondly there was the impassioned argument of panellist Peter Sutherland for the crucial need of multilateral institutions to cooperate with one another, and to actually have a practical impact. Furthermore there was widespread recognition, including from the representatives of many countries, of the indisputable economic benefits of refugees when they are fully integrated in the economy.

This notion of a ‘discourse of respect’ is a hugely important point in regards to the refugee crisis. Mr Sutherland was largely referring to the toxic and negative framing of refugees in the press across Europe, particularly in the association with refugees and terrorism. This is an ironic comparison considering the current refugee crisis has been caused by millions fleeing the terrorist group IS in the Middle East.

This has caused a backlash against the refugees and a steep decline in levels of compassion among the European public. In terms of policy, this has led to the erecting of walls on many European borders, and the end of open borders between European States- one of the key founding principles of the European Union. A change towards a ‘discourse of respect’ would concern primarily the conduct of the press who have been complicit in the creation of these toxic images of refugees. There should be a considerable change in the framing of refugees, steered more towards presenting refugees as desperate victims of terrorism and violence; individuals forced to make these highly dangerous journeys with their families because the alternative is death, or at least the constant threat of it.

I believe if the discourse surrounding refugees is significantly changed, then it will be far easier for governments and multilateral organisations to cooperate in creating a concrete plan of action to repatriate asylum seekers. I believe that a key reason for the lack of concrete action to combat the refugee crisis is the perceived political cost, as evidenced by the huge backlash against Angela Merkel at her formerly open door refugee policy.

However, as highlighted at the governing body meeting by Mr Sutherland, part of the reason for the slowness in acting may be down to the inaction of international institutions. Mr Sutherland spoke of a need for multilateral institutions to be more than just ‘talking shops’ and that instead there should be talk of making a concrete plan. Similarly Director-General Guy Ryder spoke of a ‘collective failure of response’. He said that the ILO had neglected its values and failed from an operational level.

These arguments for a need for action specifically by the ILO, would be concerned with creating policy which ensures the labour market integration of refugees into their host countries. A positive note from the discussions was the widespread recognition of the unambiguous economic benefits of refugees and migrants in a host country. The economic evidence clearly points to the myriad benefits that migrants and refugees can bring to an economy, particularly countries with an aging population coupled with a low birth rate. Migrants and refugees provide the solution to the demographic time-bomb of an ageing population. This is a problem that is particularly prevalent in Europe, where the anti-refugee rhetoric is particularly prevalent.

By changing the discourse on refugees in European countries and by shifting government rhetoric and condemning the European media’s fixation on linking refugees to terrorists, it will be possible to move towards a concrete plan to rehabilitate the millions fleeing war in Syria.

If the European public are educated in the economic realities of the impact of immigration on national economies, then perhaps it will become more in favour of forceful policy to support refugee populations. Clearly, outside of the austerity fantasy of the right wing media, Europe has both the resources and the space to temporarily take in far more refugees than it has done already. If the refugees can then be integrated into European labour markets, the economic, demographic, and social impacts will ultimately be overwhelmingly positive.

Sam is originally from London, and currently studying for a MA in Globalisation and Development in the Department of Politics at the University of Sheffield. Sam is a policy analyst for the GLI, and is specifically interested in changing labour markets and globalised capital. For other pieces by the GLI please see here.