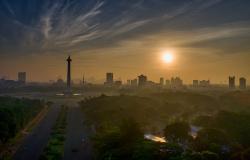 It may not be perfect, but Muhammad Zulfikar Rakhmat and Dimas Rizki Permadi argue that there are at least three lessons Indonesia can learn from the way China has dealt with Coronavirus.

The spread of the Covid-19 virus in Indonesia is increasing, with the number of positive cases now at 7.775. Indonesia currently ranks 15th lowest in countries administering the Covid-19 Swab test, with only 65 out of 1 million people having received it.

Jakarta has been severely criticised in its dealing with the pandemic. The Indonesian president Joko “Jokowi” Widodo has not only been deemed to have failed to demonstrate good leadership during this crisis, but he is also seen as putting the economy above the well-being of the people by initially refraining from imposing a lockdown and being unable to offer the required facilities to cure those infected.

Meanwhile, Xi Jinping of China, which has managed to minimise its Coronavirus cases, has beem an example of good leadership during the crisis. In fact, the WHO Director General, Tedros Adhanom Ghebreyesus, praised Xi Jinping for swift actions to stem the Covid-19 virus. It is said that Xi has shown the kind of "political commitment" and "political leadership" expected from countries facing a public health crisis.

The WHO’s plaudits for China remain questionable as Beijing has also had some missteps such as trying to silence whistleblowers, delaying talking to WHO, and giving some unreliable data. Nonetheless, after observing how Xi has dealt with the Coronavirus pandemic, there are at least three main lessons that Jokowi should learn from China.

Good leadership in the midst of calamity

As with others, China initially stuttered with the emergence of the new Coronavirus. On 31 December 2019 China quickly notified the WHO of the emergence of a new type of pneumonia originating from Wuhan. China seemed to learn from the SARS case, at which time it was accused of being slow to inform the WHO.

Aware of the gravity of the situation at hand, Xi immediately held a politburo meeting. But he also stressed determination and optimism that the "battle against the Corona outbreak" would be won.

Indonesia, however, took a different response. It denied the potential severity of the disease. Jokowi, for instance, said that Coronavirus will never enter Indonesía. Not only that, though. While other presidents such as Donald Trump have also been criticised for making light of the Coronavirus, government officials in Jakarta have taken it to another level: making jokes out of it.

For example, Indonesian Vice President Ma'ruf Amin and Minister of Health Terawan Agus Putranto in mid-February said that Indonesia is currently free of the Covid-19 virus due to prayer. Until now, people still can't believe that instead of showing leadership and real action, the government made jokes about a deadly disease. It is like playing with people’s lives.

This is made worse by the lack of coordination between central and regional governments, where there was confusion between various authorities about even the most basic of information, such as the number of suspected infections and policies to take. The complexity of the bureaucracy in Indonesia makes the handling of Covid-19 run very slowly, the government does not seem to be cohesive with each other in handling the Covid-19 virus outbreak. Data discrepancies and slowness are prevalent too.

China, however, has a one-to-one assistance mechanism. When a virus is spread, the participation of all parties is involved in handling the virus. Through this strategy, one province helps other provinces affected by Covid-19.

Another important lesson is putting people first. After discovering 800 cases in Wuhan, China moved quickly, taking aggressive steps to stem the spread of the virus by locking up territories in Wuhan and Hubei.

The policy was taken given when the virus first appeared around the time of the Chinese New Year, when people usually return to their villages and gather with their families. It was feared that people’s high mobility and the large number of expatriates working in China could cause the virus to quickly spread.

China implemented a very strict prevention and control policy. It knew that in a pandemic situation, panic buying would occur. China, nonetheless, immediately made measurable policies such as banning businesses from raising prices for daily necessities. Those who violated the orders would be subject to punishment.

This “putting the people first” policy is an important lesson for Indonesia which until a few weeks ago, despite the virus spreading to all provinces, was reluctant to impose a lockdown as “it may dwindle the economy.” In fact, in the early days of the pandemic, Indonesia allocated $4.8 million to boost tourism by bringing in more overseas tourists to avoid a negative implication from the outbreak. The policy was, however, cancelled due to public criticism.

The Chinese government was also quick in making testing kits available alongside its supporting technology and personnel available.

The condition is very different in Indonesia where testing remains scattered. Moreover, many hospitals refuse to serve Covid-19 patients because they are afraid of harming the hospital's image.

When the temporary hospital opened in China, experts gave infection control, prevention training, and guidance on how to use PPE.

In Indonesia, besides the shortage of medical personnel who are ready to treat Covid-19 patients, the government does not act to provide training. It is also reported that medical staff have complained about the lack of equipment not only for Coronavirus patients, but also for themselves. Five medical personnel associations even threatened not to handle Coronavirus patients if the government does not guarantee the availability of personal protective equipment (PPE).

Jakarta needs to take concrete and serious action before the situation gets worse. Researchers have predicted that if there is no real and proper steps to contain the virus, as many as 2.5 million Indonesians will be exposed to Covid-19.

Learning from its partners like China could be one way forward.

The government in Jakarta should begin by sitting down with its counterparts from China, as well as other countries, to delve deeply into relevant lessons. Equally important, it needs to ensure that those lessons are properly translated in the national context.

Dr Muhammad Zulfikar Rakhmat is a lecturer at Universitas Islam Indonesia whose research focuses on China's foreign policy in Indonesia and the Middle East.