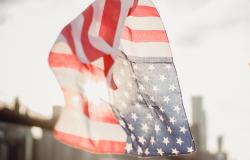 As the United Nations celebrates its accomplishments over the past 75 years, a final showdown between the world powers will shape its future.

The world is in turmoil. In the shadow of global debates about pandemic control and economic recovery, aggravated by increasingly vitriolic Sino-U.S. relations, a conflict has arisen at the United Nations (UN). It has the potential to do enormous damage not just to the organization, but to the rules-based world order.

This conflict has arisen from what was hailed as a diplomatic success. The 2015 Vienna Agreement containing the Iranian nuclear program not only eliminated the threat of an Iranian bomb for the foreseeable future. The parties even succeeded in extending an existing UN arms embargo against Iran by another five years.

The ‘deal’, despite the United States’ withdrawal in May 2018 and Iran’s increasing non-compliance, stumbles on. However, the question is for how much longer? Over the past year, heightened regional tensions in response to the U.S.’s “maximum pressure” campaign – from repeated attacks on tankers and oil installations in the Persian Gulf and rockets hitting American bases in Iraq to a simmering cyber war between Israel and Iran – were the main causes of concern. Now, diplomacy – or what Washington considers as such – could become the greatest threat to the agreement.

Last week, the United States failed to get to an agreement for an indefinite extension of the embargo scheduled to expire in mid-October. Both China and Russia vetoed the proposed resolution; only the Dominican Republic voted in favor, while all other members of the UN Security Council abstained. France, Germany and the United Kingdom had previously suggested a compromise around a temporary extension to prevent further instability in the region but without giving Iran any reason to finally withdraw from the agreement.

As if the situation wasn’t precarious enough, Washington threatens the use of another stick: the deal’s “snapback” provision. This would reinstate all pre-2015 UN sanctions against Iran, without the possibility of veto by permanent members of the UN Security Council. Given America’s exit from the deal, all other signatories object to the legitimacy of this maneuver, but Washington appears unfazed and determined to follow through – with Secretary of State Mike Pompeo personally making this claim in New York this week. If anything, the act would confirm the current U.S. administration’s disregard for international institutions: from the early departure from the Paris climate agreement and the withdrawal from UNESCO and the UN Human Rights Council, to the termination of cooperation with the World Health Organization (WHO) in the middle of the global pandemic.

Truth be told, there is little anyone can do to fend off Washington’s scheme besides warning of the possible consequences of a clash between major powers. China and Russia are using their opposition to the U.S. move to portray themselves as the guardians of multilateralism, all while pondering future arms exports to their Iranian ally. Tehran, which sees the ban’s end as one of the few remaining benefits of the deal, will have reason to cease collaboration with the international inspectors and resume its nuclear program in full. The United Nations itself must fear for its authority if the United States tries to outsmart the other world powers. Even former U.S. National Security Advisor John Bolton, all while clamoring for regime change in Iran, fears that this move would undo America’s power within the UN system it helped create.

The culmination of this showdown is expected to take place even before world leaders gather to celebrate the UN’s 75th anniversary in September, with Secretary of State Mike Pompeo expected to personally deliver the message to New York this week. In anticipation, and if America is today’s ancient Rome, as it is sometimes reckoned, a slightly revised Latin proverb may give some guidance: “Beware of Gringos bearing gifts.” By triggering snapback and finally killing the deal, the US president would ruthlessly assert what he perceives as America’s interests, bringing not only Iran but also the world community to its knees.

Cornelius Adebahr is a political analyst and consultant living in Berlin, Germany. His work focuses on European foreign policy issues, transatlantic relations, and Iran. Since the end of 2000, he has been the owner of Wirtschaft am Wasserturm – Political Consultancy, Project Development, and Training. In addition, he is a non-resident fellow at Carnegie Europe in Brussels and an associate fellow of the German Council on Foreign Relations (DGAP), as well as a member of the Team Europe of the European Commission.

Photo by Ketut Subiyanto from Pexels