The Advent of the AI-powered Tyranny of the Independent Minority 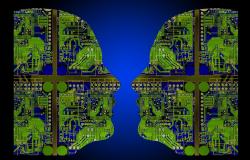 John Kenneth Galbraith once said that if you want to obtain a lucrative book contract, you should just propose to write “The Crisis of American Democracy”. Undoubtedly, in spite of its obvious advantages over other sociopolitical systems, democracy suffers from many problems and is therefore a perennial source of criticism and disillusionment.

For centuries, both the theorists and the critics of democracy have been worrying about the so-called “tyranny of the majority”. They believe that the fundamental flaw of unrestrained democracy is that it fails to advance the interests of all people because the majority always abuses its power and tramples the rights of the minority by electing officials that represent purely their vested interests.

More broadly, the issue of the violence of majority faction can be seen as one of the examples of the flaws of J. S. Mill’s classical consequentialist utilitarianism: is not it better to sacrifice the minority for the sake of the increased utility of the majority (concept of “utility monster)? To resolve this issue, the founders of the United States decided that it is better to make the minority look more important by creating institutions like the electoral college, in addition to the separation of powers and democratic checks and balances. Similar measures were undertaken in the UK and other democratic states.

Nevertheless, although the tyranny of the majority might not seem as a critical issue today, a different and, indeed, a more dangerous challenge is appearing on the horizon – the tyranny of the minority, in particular, the disproportionate power that independent voters currently hold. This is especially true for the countries with the two-party system, such as the United States and the United Kingdom.

In democratic states, the vast majority of the electorate usually identifies itself with a particular party, while only the minority are the non-leaning, true independents. In the US, for instance, according to the Pew Research, “Only 7% of Americans overall don’t express a partisan leaning”.

Consequently, politicians affiliated with a certain party do not necessarily have to focus their efforts on people who are already their steadfast supporters. Instead, they can direct their attention to independents, whose votes will ensure the victory. Of course, the general platform on which a politician runs will be tied to his or her party in order not to alienate the core voters; however, in a highly polarized political climate, candidate could win centrist independents by advocating more moderate and less partisan views while not worrying about his or her loyal supporters, since, even if they will feel betrayed, they will nevertheless vote for their representative for at least not being at the opposite side of the political spectrum.

All the more important, the dangerous tendency towards the accumulation of power among the swing voters is being greatly amplified by the use of AI. Nowadays, politicians are increasingly using machine learning algorithms to sway the outcomes of elections – mainly through targeted political advertisements. Their AI teams collect vast amounts of data about voters, mostly from social networking, to analyze citizens’ perspectives and how likely he or she is to support their platform. Then they tailor their advertisements so that they fit each voter’s views, increasing the likelihood that a particular individual will vote for them in the elections.

However, if a candidate knows that certain citizens are their loyal supporters, his or her AI team will not expend much resources on persuading them, for it can instead focus only on independent voters who will help attain the victory. This means that the future of the country will be determined mainly by swing (or independent) voters, who will be constantly under the sway of propaganda and malignant political advertisements from all sides of the political spectrum and therefore highly unlikely to make rational decisions, thus signalling the advent of the tyranny of the “independent” minority. If this is the case, then in the American elections the entire population that determines the result lives in Colorado, Florida, Utah, and a few other swing states.

Politicians’ multiplicity and the desire to appeal to particular groups of voters by presenting different versions of themselves is not new. But, with the emergence and more extensive implementation of AI-powered political online marketing, a candidate could just target an individual or a small group of citizens with a message that fits their worldview but does not necessarily reflect the candidate’s true plans. In fact, since no one except this person is likely to see this advertisement, politicians, in quest for more votes, will be increasingly encouraged to sell multiple versions of themselves to different classes– and the most unsettling question is which “version” of a politician will run the country after getting elected.

The tyranny of the minority, exacerbated by the utilization of AI techniques in politics, poses a dire threat to democracy by literally making the majority of voters of no importance to politicians. Resolving this challenge is essential to restoring democracy’s viability and vitality. First and foremost, liberal democracies around the world should encourage a more active citizen participation in politics so that ordinary people gain a better understanding of the democratic process, thus decreasing the chance that they will be deceived or fall prey to propaganda.

Secondly, more extensive political education is necessary at both high school and university levels, especially among those who do not study social sciences, for it is crucial that everyone has at least foundational understanding of politics in order to avoid irrational decision-making and make it less likely that candidates with great characteristics for elections but unfit for office get elected.

Already in many Western countries, as well as in the rest of the world,  we are witnessing the rise of nationalist populism; populists usually appeal to people’s emotions, making use of ordinary citizens’ irrationality and susceptibility to biases and fallacies (for instance, peak-end rule). Making people more educated, therefore, is not only essential to mitigating the implications of the tyranny of the minority; it is key to combating the global rise of populism and nationalism.

Finally, we should regulate and put constraints on the use of AI in politics. International cooperation and coordination of efforts via multilateral institutions like the UN and G20 as well as fostering consensus on the limits of the implementation of AI among member-states is necessary to avoid zero-sum game and facilitate a more sustainable transition to the new era.

In our day and age, states no longer play the paramount role; especially with regards to AI and other novel technologies, it is multinational corporations, such as Google, Facebook, Microsoft, Alibaba, Amazon, Tencent and many others, that define and are set to dominate AI. Thus, in order to ensure sustainable AI, international institutions and governments should not only collaborate with each other, but also with technology companies. Mutual coordination between governments, businesses, and civil society is the pillar of an AI-powered world.

AI yields many advantages, but its side-effects must be countered before it becomes too late. Maximizing the benefits and minimizing negative repercussions of technological progress must be an ultimate objective in our fast-changing world – and this is especially true of an intricate world of politics, which is getting even more complicated due to the dawn of the AI era.

Sukhayl Niyazov is a student at the School under the Embassy of the Russian Federation in Greece. He is a writer for publications Towards Data Science and Data Driven Investor and has a Top Writer Status at Medium.