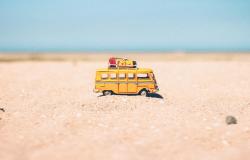 Patrick Kabanda argues that the Covid-19 pandemic provides a rare opportunity to rethink how tourism could contribute to cultural dignity and planetary well-being.

The 27th September is World Tourism Day, which reminds me of something that has been running through my mind for quite some time: Some children in my home continent of Africa told anthropologists they wanted to be tourists when they grew up because, as Elizabeth Becker writes, ‘they could spend the day doing nothing but eating.’

Whether that’s true or not, it is clear that tourism itself has been consuming our world in dangerous ways, and it’s time to seriously curb its vulturous appetite. The Covid-19 pandemic provides a rare opportunity to rethink how tourism could contribute to cultural dignity and planetary well-being.

According to the World Travel & Tourism Council, the industry is one of the largest in the world, supporting one in ten jobs globally and generating more than ten percent, of global GDP, or 14 trillion dollars (2019). Nonetheless, if GDP hides as much as it reveals, so does tourism. The sector’s growth has come at a huge cost.

Consider overtourism, tourist visits that exceed the capacity of popular destinations or attractions and result in ‘damage to the local environment and historical sites and in poorer quality of life for residents,’ as the Oxford Dictionary defines the word. Many of the world’s most visited places are over-consumed by tourists who are sometimes there just for the chance to snap selfies and brag on social media.

Developments like cheap air travel and Airbnb have undoubtedly contributed to overtourism. And although tourism brings in income for many municipalities, if services like Airbnb are clobbering locals, then who really benefits is a question that deserves sustained scrutiny. Besides, overtourism also dilutes the experience of visitors. Indeed, as Jason Farago noted, 80 percent of those who throng the Louvre to see the Mona Lisa, for example, ‘leave unhappy.’

Overtourism also takes a horrendous toll on the environment, as the example of the cruise ship industry shows. The largest of its monsters of the sea can carry over 7,000 passengers and crew. Earlier in the pandemic, some of these vessels had hundreds of people infected with Covid-19, even before the virus began its fatal global sweep. By and large, however, the sector, whose total output was a whopping $134 billion in 2017 and was projected to receive a record 30 million passengers in 2019, rarely gets adequate public scrutiny.

In European seas alone, a study by Transport & Environment found that the Carnival Corporation & PLC’s luxury cruises in 2017 emitted ‘10 times more disease-causing sulphur dioxide than all of Europe’s 260+ million passenger vehicles.’ On a week’s voyage, furthermore, a large ship is ‘estimated to generate 210,000 gallons (or 10 backyard swimming pools) of human sewage and 1 million gallons (40 more swimming pools) of graywater (water from sinks, baths, showers, laundry and galleys),’ according to Friends of the Earth. People are lured to cruising the world in glory but kept in the dark when it comes to the industry’s cardinal sins.

There is a huge need to remedy that. Academic institutions could help, by providing more empirical courses and public discussions to critically assess all dimensions of the cruise industry in the broader framework of global studies and tourism scholarship.

There are also various lessons cities can learn from each other. The medieval Flemish city of Bruges, joining others in taking a stand against cruise ships, decided to accept only two vessels a day docking at the Zeebrugge port, down from five per day. In Amsterdam, following Barcelona and Venice, measures including banning Airbnb and hiking taxes have been introduced to halt the Dutch capital from ‘Disneyfication.’ In Japan, Kyoto has resorted to fining tourists who harass geishas.

Those examples aside, the gospel of ecotourism, sustainable tourism, and green tourism continues to be preached to death. But while it’s as if eco and sustainable tourism don’t apply to rich countries, the way the term green tourism has come to be used causes alarm. A study cited by the Rainforest Alliance, for example, found that many hotels “made little to no effort to actually conserve resources or reduce waste; they just wanted to appear to be environmentally friendly, or ‘green.’ ” Responsible or ethical tourism is now upon us. But if we’re to ensure that this doesn’t become another buzzword, each of us can genuinely engage in avoiding littering, respecting local cultures, and the like.

Another activity that deserves much consideration is creative tourism. Whether it’s participating in cooking classes in Thailand, or learning to play the African flute in Zanzibar, creative tourism ‘offers visitors the opportunity to develop their creative potential through active participation in courses and learning experiences, which are characteristic of the holiday destination where they are taken,’ the Creative Tourism Network suggests.

In places like Africa, creative tourism could help diversify the sector away from wildlife. But African tourism businesses, whose guests are largely foreigners and now seem to be fumbling to attract domestic tourists, need to also vigorously diversify their customer base. Once they do that, locals are unlikely to call them hypocrites, as the travel reporter Tariro Mzezewa reported. Above all, if African children partake in mindful tourism, they will understand that tourism isn’t just about doing nothing but eating all day; it’s also about deeply caring for our planet.

Patrick Kabanda, an organist and international affairs professional, is the author of The Creative Wealth of Nations: Can the Arts Advance Development?

A World after COVID‐19: Business as Usual, or Building Bolder and Better?