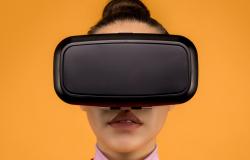 Zhanna Malekos Smith reports on the states racing to stake their claim on, or perhaps in, the metaverse.

Imagine the metaverse as an immersive communication and gaming platform that links virtual worlds together. This term was coined by science-fiction novelist Neal Stephenson, who described it as an amalgamation of virtual reality (VR) and augmented reality (AR). Essentially, VR technology transports the user to a fictional locale, whereas AR provides colorful scenic texture to explore virtual worlds. As a whole, Web 3.0 is part of an expanding decentralized version of the internet including technologies like nonfungible tokens (NFTs), cryptocurrencies, and the metaverse. Several national governments are already exploring offering state-sponsored metaverse cities—with some advocates even calling upon the United Nations to regulate it.

Q1: Why are some actors calling upon the United Nations to regulate the metaverse?

A1: During the World Economic Forum in Switzerland, the United Arab Emirates (UAE) minister of state for artificial intelligence, Omar Sultan Al Olama, warned against the possibility of “cyber murder” an act of virtual lethal violence directed against another person’s avatar. Minister Al Olama reasoned that cyber murder could be a traumatic experience for users, who regard violence perpetuated against their virtual character as an extension of themselves. “But if I come into the metaverse and it’s a realistic world we’re talking about in the future and I actually murder you, and you see it . . . it actually takes you to a certain extreme where you need to enforce [rules] aggressively across the world.” As a result, the minister advocated for the United Nations’ International Telecommunications Union (ITU) to establish international standards of conduct and safety to prohibit users from committing murder in the metaverse, regardless of where the users lived. In response, several human rights activists called the proposal hypocritical and a veiled attempt by the UAE to censor dissident speech. “The purpose of this statement is not to combat crime, but [is] an introduction to the censorship of Metaverses. They use spyware under the pretext of combating terrorism,” director of the Emirates Detainees Advocacy Center Hamad Alshamsi said. It is possible that this proposal could create negative externalities by diverting the international community’s finite resources away from addressing more immediate and tangible issues.

Q2: Which nations are exploring providing state services to its citizens in the metaverse?

A2: Most prominently, the UAE and South Korean governments are among the first wave of national governments investing in state-sponsored metaverse platforms.

On September 29, the UAE Ministry of Economy announced via Twitter that it had created the first state-sponsored “metaverse office” to host official meetings and sign statements of agreement. The ministry described the metaverse office as “an immersive environment where people can walk around, get their tokens, interact with others, & avail the [Ministry of Economy’s] services.” More recently, this month the UAE launched Sharjaverse—the world’s first publicly available, government-backed metaverse city. Sharjaverse was designed by Multiverse Labs in collaboration with the Sharjah Commerce & Tourism Development Authority (SCTDA). The city includes a “Virtual Transaction Centre” where users can interact with customer service agents to process official documents for state services and receive information about Sharjah’s Department of Town Planning and Survey. State officials anticipate that this new platform will help boost the nation’s digital economy and local tourism industry. “Virtual tourism in Sharjahverse will provide unprecedented access to almost any location, personalized guest experiences and enhanced entertainment” Khalid Jasim Al Midfa said, chairman of the SCTDA in an interview with Tech Wire Asia. Additionally, to help measure economic growth in the metaverse, UAE minister Omar Al Olama, announced during the Dubai Metaverse Assembly that the government is developing a new metric, called the “gross metaverse product.” While the specific inputs for this metric were not articulated, Minister Al Olama stated that the gross metaverse product “will be able to create billions of dollars in returns from Dubai without people being physically in the emirate but experiencing it in the metaverse.”

As part of South Korea’s Digital New Deal program, the government pledged approximately $177.1 million to fund metaverse development projects. One goal of this initiative is to enable South Koreans to use their digital avatar as a passport to receive state services and resources. On September 15, the South Korean Ministry of Science and ICT (MSIT) and National Data Policy Committee issued a press statement that it would develop metaverse specific regulation amendments. These amendments are anticipated to address issues like how to protect South Korean minors from online sexual harassment—for example, in 2021 South Korean authorities reported that a 30-year-old South Korean man had falsified his age and was luring minors on the metaverse to send inappropriate images in exchange for metaverse gifts. To address these safety risks, the vice chairman of the Korea Communications Commission recently began discussions with Meta on how to protect minors online. South Korea’s MSIT recently published a set of ethical guidelines that emphasize three central planning pillars: promoting user expression, safe enjoyment, and sustainable prosperity. South Korea’s national assembly also began considering the proposed Metaverse Promotion Act to incentivize companies to “switch their operations to the metaverse,” while also ensuring user safety and data security, Cointelegraph reports. The bill would establish a Metaverse Policy Review Committee to report recommendations to South Korean prime minister Han Duck-soo and streamline efforts to build the state’s metaverse platform. MSIT estimates that South Korea’s expansion into the metaverse will total $140 million dollars, or 195.4 billion South Korean won by 2023.

A3: Yes. The Chinese government is investing in developing a state-approved metaverse platform. Local Chinese authorities in provinces like Shanghai, Hangzhou, Wuhan, and Hefei proposed to incorporate and develop the metaverse to accelerate and promote digital growth and industry in their government work reports. Some officials with the People’s Bank of China, however, are concerned that the metaverse and cryptocurrencies could lead to an increase in crime and money laundering schemes. The director of the Anti-Money Laundering unit with the People’s Bank of China, Gou Wenjun, proposed monitoring NFTs and the metaverse during the state’s 2021 financial security summit. Thus, despite the state’s emphasis on innovation, “the Chinese government remains wary of the technology,” according to the South China Morning Post. Nonetheless, efforts to cautiously develop a so-called Chinaverse platform continue. The International Data Corporation estimates that by 2025, approximately 37 million Chinese online users will have a virtual identity to navigate it.

Q4: What is the largest challenge facing the metaverse?

A4: From a user standpoint, it is comfort and VR sickness. According to The Next Web, “the biggest challenge isn’t making the metaverse technically feasible. It’s making it comfortable.” For instance, some users reported experiencing motion sickness symptoms like nausea, dizziness, and headaches. Dubbed VR sickness, this sensation can occur when there is a sensory disconnect between visual environmental cues and physical body movement, according to the International Journal of Human–Computer Interaction. To remedy these adverse effects, app developers are experimenting with different visual effects like minimizing peripheral vision during player movement, enabling players to jump from static position to static position, and snap turning—manipulating camera angles to reveal character points of view at either 30-, 45-, or 90-degree angles.

The U.S. Congressional Caucus on Virtual, Augmented, and Mixed Reality Technologies is beginning to consider the metaverse’s privacy implications, as well as intellectual property and content moderation issues. Looking ahead, the metaverse’s expected market value may reach $758.6 billion by 2026, according to a 2022 business study by Ernst & Young. Despite these gains, every opportunity in the metaverse also carries privacy and data security risks: “As gamers input more and more personal information into the metaverse to best personalize their unique experiences, gaming companies will be responsible for protecting this user data from cyber criminals,” Ernst & Young announced. As discussions on how to best balance promoting innovation and regulating Web 3.0 unfold, policymakers and industry leaders can mine wisdom from antiquity, by applying the following concept: Hierocles’s concentric circles of concern. Hierocles’s circles are first drawn beginning with the immediate circle of self-interest; then a larger circle expanding outward to represent family; followed by a larger circle representing the local community; then the nation-state; and finally, an outer circle representing the global community. Applying Hierocles’s circles as a risk management tool can enhance decision making and planning across stakeholder groups with converging and diverging interests. By viewing the metaverse ecosystem within this risk framework, leaders can design a system that is more responsive to political reality.

Zhanna L. Malekos Smith is a senior associate with the Strategic Technologies Program and the Aerospace Security Project at the Center for Strategic and International Studies in Washington, D.C., and an assistant professor in the Department of Systems Engineering at the U.S. Military Academy at West Point, where she also serves as a fellow with the Army Cyber Institute and affiliate faculty with the Modern War Institute. Accordingly, all views, positions, and conclusions expressed in this publication should be understood to be solely those of the author and not those of CSIS, the Department of Defense, or the U.S. government.

The author would like to give special thanks to Cadet Kaitlin G. Palaian.

This first appeared on CSIS and was reposted with permission.

Photo by Sound On

A tale of two COPs (and two cities): Why COP27 on Climate Change and COP15 on Biodiversity matter for one another

Knowledge governance for the Anthropocene: Pluralism, populism, and decision-making