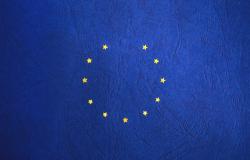 Michael Trinkwalder argues that to be an attractive partner for Biden, Europe must learn to act decisively on the world stage.

For European leaders, the nightmare is finally over. Donald Trump went out, kicking and screaming, but out he went. However, those Europeans expecting things to simply return to the pre-Trump status quo are in for a rude awakening. President Biden will have to direct much of his energy towards healing his divided country; most of the rest will be sucked up by the escalating great power competition with China. In other words, there will not be a lot of time to resolve the Europeans’ deteriorating security environment for them. With international rules increasingly giving way to power, Europeans in general, and the European Union (EU) in particular, need to regain the capacity to defend their interests. Otherwise, they risk becoming collateral damage in the great power competition between China and the United States. Yet reclaiming Europe’s sovereignty over its own affairs is far less an exercise in semantics than it is about creating effective policy tools—particularly in the field of economic statecraft.

Exactly what shape this “European Sovereignty” should take remains controversial but, curiously enough, most attention so far has been focused on improving the EU’s military capabilities. This is undoubtedly an important undertaking, but also one that will take years to bear fruit and that has become rather controversial. Conversely, when it comes to economic power, the EU already wields significant global influence and has a proven track record of generating added-value for its members. Granting Brussels’ new competences in this area should prove to be far less contentious. This is all the more urgent because currently, the bloc is ill-equipped to defend itself against the growing weaponization of international interdependence and economic coercion.

In order to confront a proliferating geo-economic threat environment, the EU will need an equally broad toolbox. Particularly since the bloc might not only have to fend off hostile powers but perhaps also overbearing allies. While Trump’s constant threats of sanctions may have come to an end, it is important to remember that it was a bipartisan coalition in the US Congress that took the lead on imposing sanctions against the controversial Nord Stream 2 pipeline. Some US senators threatened not only European companies but also government officials and cities. For Washington, these “secondary sanctions” might just be too effective to give up—even under a Biden administration.

Therefore, the Union should establish a central office that systematically assesses the scope, impact, and costs of economic coercion across the European Union. Both to name and shame perpetrators as well as to collect actionable data. At the moment, the bloc lacks the information to effectively deploy countermeasures against economic coercion—even if it had such measures. Since data collection alone will do little good, the Union should also establish a burden-sharing mechanism to offer support to unfairly targeted member states and their companies. This could take the form of a joint solidarity fund financed through membership contributions.

At best, however, this would merely defray the costs of economic coercion—not deter it. For that purpose, the bloc should establish a collective economic defense instrument that could, for instance, impose compensatory fees or tariffs on countries or specific companies that benefit from economic coercion. In contrast to the previous suggestions, this will likely prove far more controversial since it would entail a significant transfer of power from the member states to the Union. In fact, in the pre-pandemic world, it likely would have been an impossible sell. However, COVID-19 has upended old intra-European fault lines by painfully driving home how vulnerable even the strongest country can be when confronted with global threats. Consequently, popular support for greater EU cooperation has surged across the bloc, which could unlock new majorities for stronger collective action.

QMV: Coalition of the Ambitious

This brings us to one of the biggest obstacles for a more ambitious European role in the world: lowest common denominator solutions. Unlike most other EU policy areas where action only requires a qualified majority vote (QMV), decisions in the field of foreign policy require unanimity. This slows the bloc down and often waters down actions to the point of meaninglessness—and it takes only a single spoiler to crash even the most carefully crafted compromise. The EU treaties already legally permit the use of QMV in foreign policy, but practically switching to qualified majorities would require a unanimous decision, which is a non-starter.

Accordingly, those member states that demand more ambition should be willing to move ahead with de facto QMV: instead of watering down decisions to convince the last hold-out, willing member states could, for example, move ahead with proposed sanctions—even if they are only supported by 25 or 26 rather than all 27 member states. Naturally, there are good arguments against such a course of action: the risk of exacerbating divisions, lack of buy-in from outvoted members, and perhaps most significantly the marginalization of smaller countries. However, lowest common denominator decisions are the surest way of marginalizing the European Union on the world stage.

European sovereignty—or whatever it might end up being called—will not emerge overnight. But building the EU’s capacity to act is still the Europeans’ best hope of making themselves heard internationally. Not to mention that a “sovereign Europe” makes for a more attractive partner to an ambitious Biden administration than would a helpless dependent. Nevertheless, in this perilous world of great power competition and eroding international rules, Europeans will increasingly be forced to rely on themselves—whether they want to or not. Perhaps the European Union will never be able to speak with one voice on the global stage, but maybe it can eventually turn itself into a “well-tuned choir.”

Michael Trinkwalder is the 2020 Young Professionals in Foreign Policy Europe Fellow; he is a Mobile Security Analyst at A3M Mobile Personal Protection. Previously, he was a Research Assistant at the NATO Parliamentary Assembly and has worked at the Center for Public Affairs of the German Armed Forces, AICGS at the Johns Hopkins University as well as the Aspen Institute Germany. He holds an M.A. in International Relations from the KU Eichstätt-Ingolstadt and a B.A. in International Business Studies from the FAU Erlangen-Nürnberg.

Photo by freestocks.org from Pexels

The Benefits and Challenges of Financial Diaries as a Research Method in Goma, DRC