Africa and the Third Wave of Covid-19 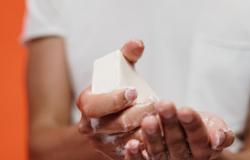 Neil Webster on how bilateral and multilateral donor agencies can help Africa weather the Third Wave of Corvid-19.

In 2018 the WHO published a report in which they discussed the knowable unknown involving a health crisis that they knew would happen, but not the precise form it would take.[1] Now we have the case of Covid-19. In some ways, African countries have an advantage being in the third wave after witnessing outbreaks in first Asia, and secondly Europe and North America. They have seen the speed and intensity of the illness unfolding in China and witnessed Europe’s all too slow realisation of the danger as Covid-19 spread outwards from Italy. They have also seen the strategies that have ranged from central state authoritarianism through to varieties of liberal utilitarianism, with individual government’s strategies and policies often shifting dramatically as the extent of the danger becomes apparent.

For most African governments, the scale of the challenge is no longer in doubt and the short experience from the strategies of others is enabling a stronger course of action to be taken. Most African countries have closed or restricted movement across their borders or are planning shortly to do so. Schools are being closed, gatherings restricted, hygiene actively promoted, and not least local communities engaged with to promote social distancing, hand washing, avoiding large gatherings, and similar.

In West Africa the experience with Ebola from 2014 onwards has been important. It demonstrated the importance of families, communities, local government, national government, civil society and international actors working together - the efforts of one set of actors having far greater impact when linked to the work of others. It made clear that having a capacity to monitor the prevalence and spread of an illness is critical in tackling such an epidemic. Without it, a government’s strategy and policies to tackle today’s Covid-19 risk being ineffective and the trust a population has in its government can become seriously weakened.

The Ebola epidemic also introduced new ways of tackling such a crisis as in the use of mobile network data to monitor population movement and enable responders to be proactive in their testing, monitoring and managing social distance, isolation, care facilities and more. Today, some 6 years later, four European governments are now considering the potential of mobile network data in their own management of Covid-19 and China has drawn heavily on the use of mobile networks and cell phones in its work to monitor the population and the spread of Covid-19 both in monitoring movement and in the use of smart phone applications to identify possible cases

However, the challenges facing African countries remain immense as they prepare for the exponential growth of Covid-19 cases. First, resources: There is no escaping the fact that African countries’ health systems are extremely vulnerable due to their lack of human, physical and technical resources. A summary look at health expenditures for several African countries reveals the scale of the problem, particularly when set up against Denmark and the WHO region of Europe.

Source: http://apps.who.int/nha/database/QuickReports/Index/en * WHO region, not EU.  ** Latest data available, but actual year varies from 2011 to 2017

These are national figures and make no allowance for urban-rural differences, inequalities within the population that influence health service access based on factors such as gender, education, age. The data on doctors is for all medical doctors with no allowance for specialisation.

Secondly, as already touched upon, testing and monitoring is critical. "We have a simple message to all countries - test, test, test" WHO Director General Tedros Adhanom Ghebreyesus told a press conference in Geneva on 16th March. Without data from testing countries are fighting the pandemic in the dark. While several African countries began monitoring travellers at main airports several weeks ago, most now do. In many ways they did so correctly as the initial cases appear to have been through travellers arriving or transiting from China and Europe. However, monitoring has largely been based on taking the temperatures of travellers; carriers without fever have been allowed to pass through. With hindsight, we know that this misses too many carriers of the virus. Only later has international travel been stopped with similar measures also being extended to border crossings for all but essential movement. How effective these are is not yet known. The steps might have been taken at an earlier stage of the epidemic than in many European countries, but the capacity to test, to monitor, to isolate as Covis-19 turns from an external threat to an internal one remains very low. Many reports have discussed the devastating impacts that can occur in closely packed urban settlements let alone migrant, refugee and IDP camps once Covid-19 establishes a presence. Reducing transmission and lowering the infection curve is only possible where there is reliable data on a scale that can make a real difference; enabling the targeting of activities and the most effective use of available resources.

Thirdly, health and state fragility. Political instability is not far from the surface in many of the countries on the African continent. In some countries, government control is weak and not just in more remote localities, also in urban settlements. Here, many rely on alternatives to government institutions. Yet, formal as well as informal governing institutions need to deliver and need to be seen to deliver if they are to build upon and strengthen the social contract between their peoples and themselves. Illness and deaths in the community and in the households can quickly weaken that relationship resulting in growing criticism of government, the effectiveness of its policies, and its accountability. In response, political elites resort to coercion and force to contain what they perceive to be an unruly population.

It is a situation made more serious by a perceived threat from ‘outsiders’. Population movements, whether domestic or international, are not unusual for African countries. The majority of countries on the continent have camps for refugees, migrants, relocated communities, unplanned internal migration and the development of new settlements, not least as urbanisation proceeds rapidly. These are all potential sources of conflict and political instability when existing populations feel threatened. This is certainly the case if the new illness is seen to come from ‘outside’, carried by the ‘new arrivals’. Table 2 gives a snapshot of the known numbers of refugees and of internally displaced persons for the same group of African countries as in Table 1.

Sources: https://www.internal-displacement.org/database/displacement-data * Data for new ‘disaster displacements’ in 2018 only

How can bilateral and multilateral donor agencies help? Two thoughts spring immediately to mind: Recognising that Corvid-19 is a threat to governance and not just a threat to health can enable a multi-faceted approach to supporting African governments in their approach to the epidemic. Health resources, human and technical, will be central, but engaging the communities and the individual households in taking on the challenge will also be critical. Such an approach might require that the organisation of aid, developmental and humanitarian, be revisited and revised based on questions such as: Does it facilitate or hinder the coherence of the support provided? Does it use a governance approach to promote coherence?

Secondly, recognising that poverty, food insecurity and many other dimensions of people’s livelihoods often work to undermine strategies based on social distancing and stopping movement is a must. It means that other activities including support to local economic activities, the informal sector, reducing food insecurity, securing education for all, climate change adaptation, and much more, must continue. These interventions also save lives. They help households and communities to have the resources to fight Covid-19. Development assistance will need to support African governments in maintaining these activities and interventions in an effective and accountable manner. Time is not on Africa’s side and we need to be absolutely clear that the cost of the third wave of Covid-19 in Africa and elsewhere will prove to be a global one.

Neil Webster is a Senior Researcher in the Department of Natural Resources and Development at the Danish Institute of International Studies. He currently leads a 4-year programme on Governing Climate Mobility undertaken with partner research institutions in Ethiopia and Ghana. Previous research includes work on local government, decentralisation democracy, and local service provision. (see https://www.diis.dk/en/experts/neil-anthony-webster)

[1] WHO Guidance for Contingency Planning. Geneva. 2018