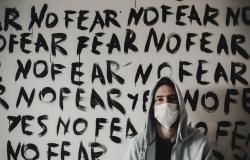 Nathan Alexander Sears wonders whether the explosion of state power in response to COVID-19 will abate or become a feature of our lives.

The COVID-19 virus has now spread to 168 countries, with well-over 400,000 confirmed cases and nearly 20,000 deaths. Not surprisingly, policy responses to the global pandemic increasingly reflect the politics of security — or, rather, securitization. The process of securitization follows a familiar logic: an issue is framed as an existential threat to some referent object, which justifies extraordinary measures for protection. According to Buzan, Waever, and de Wilde,

Security is the move that takes politics beyond the established rules of the game and frames the issue… as an existential threat, requiring emergency measures and justifying actions outside the normal bounds of political procedure.

The Referent Object: Security for Whom?

Since the World Health Organization (WHO) characterized COVID-19 as a “pandemic” on March 11th, two opposing discourses have shaped the politics of securitization. On the one hand, the pandemic is framed as a common threat to the “citizens of the world”, which requires international cooperation between governments and global coordination of policy responses. For instance, United Nations Secretary-General, António Guterres, has stated that “all of us face a common threat” and that “no one country can address it alone.” Similarly, WHO Director-General, Dr. Tedros, has said that COVID-19 represents an “an unprecedented threat, but it’s also an unprecedented opportunity to come together as one against a common enemy — an enemy against humanity.”

On the other hand, the pandemic is framed as a threat to “national security”, whereby nation-states seek to protect their citizens and institutions. Notably, U.S. President, Donald J. Trump, has declared COVID-19 a “national emergency” and threat to “national security” by Executive Order, and employed the metaphor of the United Stated being “at war” and himself as a “war-time president”. Importantly, national security generally perceives other countries as the sources of threat, which is reflected in the language that describes COVID-19 as the “Chinese Virus” (or “Wuhan Virus”), and the practice of unilaterally closing borders to other countries.

There is, of course, a practical explanation for this divergence in how policy-makers frame the security threat of COVID-19: the former are representatives of international institutions and so their message speaks to — and for — the “international community”; the latter are political leaders of particular countries and speak for national communities. Yet the inconsistencies between how policy-makers frame the pandemic illustrates a deeper political tension between two referent objects: “humanity” and “nation”. The political struggle over the narrative of COVID-19 is, to a large extent, a question of identity: i.e., security for whom?

The basic protagonists in this story reflect a political tension in international politics driven by globalization. While the nation-state has proven highly resilient to a variety of challenges—e.g., world wars, nuclear weapons, economic interdependence, global recessions, transnational terrorism, and global communications technologies—the growing scope and speed of material changes in technology and the environment are driving a growing spectrum of global catastrophic risks. A global pandemic is but one example. The securitization of COVID-19 in terms of two distinct “referent objects” reflects the political tension between the nation-state in international politics and the changing material circumstances that affect the security of human beings all around the world.

As the COVID-19 pandemic spreads around the world, news headlines—and social media feeds—track the numbers of confirmed cases and deaths from the virus. Images of the lockdown in China, or bodybags in Italy illustrate the human costs of political action and inaction. Conversely, the “low” mortality rates—especially for the “young and healthy”—fuel claims that the risks are “exaggerated”, and encourage individuals to flout public health recommendations—and government orders—and flock to grocery stores and beaches. Historic comparisons are made to both less-than-catastrophic outbreaks (e.g., SARS), and truly catastrophic pandemics (e.g., H1N1 Influenza, or “Spanish Flu”).

The politics of (de-)securitization is a process of contestation. For COVID-19 this entails “securitizing” moves that frame the pandemic as a catastrophic threat, and “de-securitizing” moves that frame it as a manageable situation amenable to public policy interventions. This process of (de-)securitization not only plays out in the news and social media, but also scientific debates between experts. For example, a report by the Imperial College COVID-19 Response Team begins by stating that “The global impact of COVID-19 has been profound, and the public health threat it represents is the most serious seen in a respiratory virus since the 1918 H1N1 influenza pandemic.” The authors predict repeat outbreaks to quickly rebound once mitigation measures are relaxed, and conclude that “suppression” will require a combination of measures (minimally, social distancing of the entire population, home isolation of cases, and household quarantine of their family members), which “will need to be maintained until a vaccine becomes available (potentially 18 months or more)”.

In a critical response to the Imperial College report, Shen, Taleb and Bar-Yam argue that “their conclusions that there will be resurgent outbreaks are wrong… The outbreak can be stopped completely with no resurgence as in China.” Public policy interventions like lockdowns can result in “exponentially decreasing numbers of cases”, which makes it possible to “achieve pathogen extinction, after which relaxing restriction can be done without resurgence.”

Laypersons may wonder how scientists could disagree so much on such an important matter. Since developing models to predict outbreaks from COVID-19 entails making certain assumptions and abstractions, the validity of the results drawn from them may be questioned and criticized by other scientists. Science, too, is a social process of contestation. In the case of COVID-19, the process of scientific debate is embedded within the political process of (de-)securitization. Therefore, scientific debates become political debates about (de-)securitization.

Security always has a cost. This is because “security” as something that we value faces tradeoffs against other values, such as “liberty” or “wealth”. The tradeoff, say, between security and wealth is clear from how the pursuit of security from COVID-19 comes at the economic cost of probable recession. Securitization therefore implies a form of societal calculation about the acceptable gains and costs of security. For instance, many people may be willing to accept economic losses at the individual or household-level if it means reducing the loss of life from a pandemic.

For liberal-democratic societies, the political risks of securitization are the sacrifice of individual liberties. This is perhaps nowhere clearer than in a quarantine, whereby the state enforces restrictions on the movement of peoples for the purposes of security. The quarantine implies the sacrifice of individual liberty—and perhaps life—for the security of society as a whole. Of course, society may accept this as a perfectly legitimate emergency measure to contain and suppress a pandemic.

Yet it is salient for our present times that Michel Foucault should describe the sociological phenomenon of the quarantine for his discussion of “panopticism” in Discipline and Punish.

First, a strict spatial partitioning… Each street is placed under the authority of a syndic, who keeps it under surveillance; if he leaves the street, he will be condemned to death.… This surveillance is based on a system of permanent registration: reports from the syndics to the intendants, from the intendants to the magistrates or mayor. At the beginning of the ‘lock up’, the role of each of the inhabitants present in the town is laid down, one by one; this document bears ‘the name, age, sex of everyone, notwithstanding his condition’: a copy is sent to the intendant of the quarter, another to the office of the town hall, another to enable the syndic to make his daily roll call. Everything that may be observed during the course of the visits—deaths, illnesses, complaints, irregularities is noted down and transmitted to the intendants and magistrates. The magistrates have complete control over medical treatment; they have appointed a physician in charge; no other practitioner may treat, no apothecary prepare medicine, no confessor visit a sick person without having received from him a written note ‘to prevent anyone from concealing and dealing with those sick of the contagion, unknown to the magistrates’. The registration of the pathological must be constantly centralized. The relation of each individual to his disease and to his death passes through the representatives of power, the registration they make of it, the decisions they take on it.

The use of surveillance technology—such as cell-phone detection data and digital check-points—is one extraordinary measure that some states are employing with an incredible degree of sophistication and success—often combined with the threat of punishment—to contain and suppress COVID-19. Again, society may willingly accept such measures.

The political question is whether this expansion of state biopower—or the “explosion of numerous and diverse techniques for achieving the subjugations of bodies and the control of populations”—will be an “emergency measure” that withers away as the threat of the pandemic subsides, or if it will become an enduring feature of a new biopolitics for the purposes of “security”. This tension between security and liberty is just one of the political dilemmas that surround the securitization of COVID-19.

Nathan Alexander Sears is a PhD Candidate in Political Science at The University of Toronto. He is also a Trudeau Fellow in Peace, Conflict and Justice at the Munk School of Global Affairs.

Photo by Korhan Erdol from Pexels