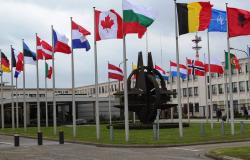 Dave Anderson explains how NATO’s response to Russia’s invasion of Ukraine is neither a realist nor idealist reponse but a pragmatist response.

There are many isms in international relations theory, but the two predominant ones are realism and idealism.  The realists believe that states struggle for power with other states from a standpoint of self-interest.  The global order, at its best, is stable and peace is achieved. There may be significant injustice within states and between them, but order is maintained.

The diplomat has a different role from the academic since the diplomat will advance an agenda, but the realist in diplomacy does not aspire to achieve lofty moral goals. The realist respects the limitations of diplomacy and aims for stability over justice.  One one reading, President Nixon and Henry Kissinger were realists in their dealings with Russia by seeking detente; in addition, they were realists with China by leveraging their relationship with China to stabilize the United States's relationship with Russia.

The idealists, on the other hand, look to President Woodrow Wilson, his Fourteen Points and both the League of Nations and the United Nations for ideals of justice and peace and not merely stability and peace.  Indeed, the idealists, and neoconservatives ranging from Irving Kristol to President George W. Bush, see Immanuel Kant as their philosophical father, who set forth principles of right and justice that would establish international rules and laws. Power conflicts are inevitable, but there is a higher level of existence that free and rational peoples can attain.

Ukraine is fighting for the very existence of their democratic nation, but the NATO alliance, notably the United States, United Kingdom, Germany, Poland and France, is sanctioning Russia and providing military support to Ukraine from neither a realist nor idealist standpoint but a pragmatist one:  this is a middle position.   The Western alliance does not fight for states around the world who stand for democracy. Indeed, they are not fighting in Ukraine with their troops and tanks and planes.  They are supporting Ukraine in their military war and fighting a financial war with Russia.

A pragmatist approach to international relations and foreign policy is defined not only by the scope of application of their concepts but by the truth status of their claims.  The idealist holds that their doctrines are morally justified for all states.  They are true doctrines or claims. Moreover, the idealist prescribes these true doctrines for all to uphold.

The realist, in stark contrast, essentially has a descriptive and even explanatory theory of how the international world of nation states as well as non-state entities works.  The realist makes no effort to prescribe moral norms or laws.  Realists like Machiavelli focus on how the world is, not how it ought to be.

The pragmatist, and that might be John Dewey, Richard Rorty or Richard Bernstein, falls somewhere in between.  The pragmatist may defend to the death moral ideals, but she need not say they are moral truths.  Instead, there are values they believe are worthy of defense.

Make no mistake, the Western alliance is dedicating massive resources to defend Ukraine and defeat Russia, but they are because their self-interest and their models of democracy are threatened.  They are not making Wilson's world safe for democracy; they are protecting democracy in their thirty countries.

It is not a defect of a refrigerator that it does not make toast, and it is not a defect of the Western alliance that they are not taking sides in the fifty plus wars in the world today.  Yet we must not presume that democracy itself is their ideal for the world because the Western alliance chooses its battles. Struggles in Africa and the Middle East are not part of their agenda. This is what makes the noble NATO effort today a pragmatist effort and not an idealist effort.

Because the democratic ideals of freedom and equality and not merely stability and order motivate them, they are not realists either. They are defending democracy with military and economic resources, but not with boots on the ground and planes in the sky.

Dave Anderson (dmamaryland@gmail.com) has taught political philosophy at the University of Cinncinati, the College of Charleston and George Washington University.  He is editor of Leveraging: A Political, Economic, and Societal Framework (Springer, 2014).