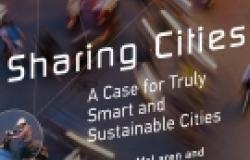 Today around 54% of the world’s population lives in cities, and that share continues to increase by 60 million each year (UN, 2015). At the same time, cities face environmental, economic and social challenges, such as pollution and inequality. Sharing is seen as one way to address urban sustainability challenges such as resource depletion, poverty and lack of social cohesion by offering a set of solutions for these challenges. While the notion of sharing in cities is well known and popularised, in Sharing Cities environmental consultant Duncan McLaren and urban and environmental policy scholar Julian Agyeman make a case for a more comprehensive approach towards implementing sharing principles in urban areas.

While much attention has been paid to sharing businesses such as AirBnB and Uber in that context, McLaren and Agyeman argue that an exclusively economic or transactional focus on sharing is limited in scope and therefore the potential value that sharing might bring to citizens and wider society is marginalised. In order to address this issue, the authors outline the broad conception of what they call the sharing paradigm. It reflects the authors’ belief that “sharing is, could, or should be more fundamental to both human and societal development” (p. 8). It is based on the understanding that the wellbeing of humankind depends on building and developing human capabilities and on the availability of (shared) resources necessary to fulfil that goal. The sharing paradigm values qualities such as fairness and inclusiveness over financial profits. In this sense, the sharing paradigm could be qualified as an offspring of “just sustainabilities”: a concept articulated in Agyeman’s earlier works. While the discourse of the sharing economy is evident in the book, it is merely one of the components of the sharing paradigm.

In six chapters, the authors show that there can be much more to sharing than what the concept of the much popularized sharing economy epitomizes – for example, sharing public spaces as a means for supporting pro-democracy movements. Each chapter examines one dimension of sharing: consumption, production, politics, society, and finally, the sharing city. Each of the chapters opens on a brief case study of a city, followed by an analysis of a specific dimension of sharing and a summary that connects that argument with the case study. This makes the case studies an excellent way of showing practical applications of sharing. For example, Copenhagen in Denmark is used to illustrate sharing politics by describing how shared spaces contribute to urban civility and how the design of shared public spaces underpins democracy. The role of shared public spaces and places in the public realm is also presented in the context of the 2011 popular uprisings across the Middle East and North Africa - where people across the region took to the streets, squares, and parks to demand political freedoms. Cairo’s Tahrir Square, Istanbul’s Gezi Park, as well as other public spaces across the region became symbols of reclaimed or “liberated” urban territories giving voice to the public.

The authors convincingly argue that a reinvention and revival of sharing in cities hold the promise of more equity, rebuilding the sense of belonging to a community and considerably cutting resource use. All of this and more is to be achieved if the “sharing paradigm” was to be implemented thoroughly and systematically. At the same time, the authors make it clear that there is no universal path to achieving the sharing paradigm goals as well as sustainability in general, as both are context specific. McLaren and Agyeman, therefore, do not offer a universal solution but a set of universal guiding principles, such as enhancing trust and confidence or empowerment of users to control their terms of participation in sharing.

Sharing Cities makes a major contribution by giving a clearer picture of how sharing matters globally. Similarly to the majority of the literature on the sharing economy, much of the argument in this book relies on examples from the Global North. Yet examples and case studies also draw on cities in the Global South, such as Bengaluru (Bangalore) in India. In the country’s highly connected IT hub, sharing solutions appear more and more promising to tackle the challenges associated with the city’s rapid growth.

The book covers an impressive range of topics and while these are clearly connected to sharing, their immediate relevance to the core argument is not always clear. At the same time, the authors offer an exceptionally balanced set of explanations of the potential of sharing as well as its potential pitfalls such as its ability to negatively distort local economies. Such analysis offers a vital examination of sharing’s possible positive as well as its disruptive capabilities. Sharing Cities makes for an excellent resource especially for those already interested in the sharing economy, although newcomers to the topic might find it very demanding precisely because of its complexity.

Sharing Cities offers a persuasive case for sharing and solidarity at a time where already over half of the world’s population lives in cities, and makes a valid and timely contribution to the plea for building a shared urban future. The book is certainly one to provoke reflection and action within academic, policy, and civil society circles.

Patrycja Długosz researches sustainable urban development and is particularly interested in sharing in cities. She holds a Master of Science degree in Environmental Management and Policy from Lund University and is due to commence her PhD on the topic of sharing in an urban context at Durham University in October 2016.