Time for ‘Trickle Along’ Economics? Inequality in Motion and the Lewis model of Economic Development 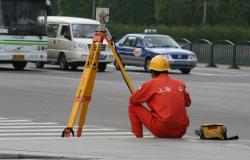 ESRC GPID Director and Global Policy's Deputy Executive Editor, Andy Sumner, continues the discussion of a model of economic development from the 1950s and shows how it understands inequality in a different way.

Arthur Lewis outlined one of the best-known models of economic development. Although sixty years old in its earliest iteration, the model remains relevant today to developing countries.

The Lewis model provides an ideal type or a heuristic device for thinking about economic development as structural transformation with an emphasis on labour, which is the factor of production abundant in developing countries.

Lewis argued that the driver of economic development – capital accumulation – was a sectoral movement of workers from the ‘traditional’ or ‘subsistence’ sector to the ‘modern’ of capitalist sector. The former, the traditional sector was characterized by Lewis as low productivity, low wage and with widespread disguised unemployment. The latter, the modern or capitalist sector was characterized by higher productivity and higher wages.

Workers move over time from traditional to the modern or capitalist sector and the capture of labour productivity gains  to capitalists as profits are the source of growth via reinvestment. Here’s how Lewis put it himself:

The key to the process is the use which is made of the capitalist surplus. In so far as this is reinvested in creating new capital, the capitalist sector expands, taking more people into capitalist employment out of the subsistence sector. The surplus is then larger still, capital formation is still greater, and so the process continues until the surplus labour disappears.

At first glance it might appear Lewis ignored inequality. That is not the case though. Lewis has a specific take on inequality dynamics during the process of economic development.

For starters, Lewis (1954, p. 147) certainly highlighted the visibility of inequality, noting that inequality between,

the few highly westernized, trousered, natives, educated in western universities, speaking western languages, and glorying Beethoven, Mill, Marx, or Einstein, and the great mass of their countrymen who live in quite other worlds.

Lewis also wrote on horizontal inequality in terms of class, gender, and ethnicity.

It was his focus on economic development itself that was first and foremost but within that he had a different take on inequality.

First, in terms of the functional distribution of income between capital and labour rather than household or individual inequality as that was central to his model of economic development: A rise in the share of capital drives growth but does not necessarily imply a change in the within-labour share so individual inequality need not necessarily rise. If there were a larger share of profits in national income this would mean more resources for investment.

However, Lewis noted the tendency for individual inequality to increase in the process:

[t]he central fact of economic development is that the distribution of incomes is altered in favour of the saving class . . . All that the workers get out of the expansion is that more of them are employed at a wage above the subsistence earnings.

When the Lewis turning point is reached and surplus labour is exhausted wages would rise and the functional distribution of income would move in favour of labour.

In other works, Lewis presents an explicit framework to consider this relationship between growth and distribution directly, noting as a starting point that,

growth takes place in [modern sectors], surrounded by traditional activities . . . Development must be inegalitarian because it does not start in every part of an economy at the same time. Somebody develops a mine,and employs a thousand people. Or farmers in one province start planting cocoa, which will grow only in 10% of the country. Or the Green Revolution arrives, to benefit those farmers who have plenty of rain or access to irrigation, while offering nothing to the other 50% in drier regions (p. 26).

However, Lewis said public policy should ‘discipline’ the ‘capitalist class’ to ensure more equitable development. The role of the state was also important because if inequality were to rise public policy intervention is needed because,

the Gini coefficient may actually show a rise in inequality, since the share of national output accruing to the bottom 50 per cent may fall . . . To tax its developed sectors and subsidise its underdeveloped sectors is one of the most powerful ways that a government can use to ensure the benefits of development . . . The moral for policy makers is of course not to rely on trickle down to benefit the traditional sector, but to attack the problems of that sector directly.

This is the second take on inequality: inequality between and within modern and traditional sectors. Lewis discusses the relationship between economic development and distribution as one based on within and between sector inequality. He argues that the growth of the modern sector has good and bad impacts on the traditional sector:

Notably, the [modern] may enrich the traditional sector by buying commodities and services from it; providing employment to those in the traditional sector; sending remittances; selling goods and services cheaper; and by developing infrastructure, public goods and, through an example of new ideas and institutions, the enclave sector can modernize the traditional sector. Whether development leads to widening inequality depends, he argued on whether the enclave is able to respond to the new economic opportunities (e.g. price changes or the demand for labour). In short, inegalitarian development is not the failure of ‘trickle down’ vertically from rich to poor but the failure to trickle along or spread horizontally the benefits from enclave to traditional sectors.

Again, the role of the state is highlighted by Lewis who posited that distribution in the enclave depends on the pattern of growth and a set of factors, many of which are ‘susceptible to public control’, notably the distribution of property, economic structure (in terms of firm size and the capital intensity of production and dependence on foreign resources) and the speed of growth which has the potential to alter ‘the relative quantities of the factors of production, and the derived demands, and therefore the distribution of income’.

Further, the traditional sector may see income stagnate because the enclave may be predatory (e.g. driving people off their land); products may compete with traditional trades; the wage rate in the enclave may be too high and raise the price of labour above its marginal productivity; because of geographical polarization (the enclave attracts ‘best brains’ and capital); because population growth accelerates due to improved public health reducing the death rate; and/or excessive migration from the countryside.

What did Lewis conclude?

In short, broad-based economic development requires, counter-intuitively, highly activist policy in the traditional sectors – generally, but not always, rural and agricultural policy, and public investments to constrain the divergence between and within the traditional and modern sectors.