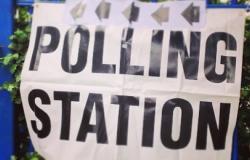 International Media Centre – G7 Taormina Summit. With a commanding lead in every opinion poll, UK Prime Minister Theresa May can afford to take a break from a general election campaign trail to meet with fellow G7 leaders in the picturesque surroundings of Taormina. Of greater concern was the aftermath of the Manchester terror attack, resulting in the decision to cut short her visit to Sicily. Nevertheless, even a truncated attendance at a G7 summit can have an impact.

There is a strong sense of déjà-vu with a previous Italian-hosted G7 summit exactly thirty years ago. Another ‘strong and stable’ leader in the form of Margaret Thatcher made a point of meeting with her fellow leaders at a summit held on the island of San Giorgio Maggiore in the Venetian lagoon from 8-10 June 1987. However, she had to leave earlier than planned after the specially rescheduled discussion of economic policy on the first day of the summit to fight a general election on 11 June and win a historic third consecutive victory.

Attempting to organise a global gathering of democratically elected leaders at some point between May and July will inevitably coincide with an election in at least one of the seven countries represented within the G7. In fact, the history of the G7 is peppered with examples.

US President Gerald Ford convened the second, unexpected meeting of the G7 in June 1976 only seven months after the historic first meeting of the leaders in Rambouillet, France, partly with an upcoming presidential election in mind.

G7 summits immediately preceded joint elections for both houses of the Japanese Diet in 1980 and 1986. In both cases, observers suggest a link between a successful summit performance and a positive election result that was tenuous at best. For example, the electoral success of the Liberal Democratic Party in 1980 was more a result of a sympathy vote in reaction to the death of Prime Minister Ohira Masayoshi.

Gordon Brown was widely praised, at least outside of the UK, for hosting a successful G20 summit in London in April 2009 in response to the Global Financial Crisis that began in 2008. However, he was unable to translate this into electoral success by the 2010 general election and is remembered at home more for his slip of tongue, claiming in Parliament to have saved the world not just the banks.

A word of caution to G7 leaders. Don’t appear to be enjoying yourself too much in the sunshine and suffer the same ignominy that befell UK Prime Minister James Callaghan when he returned from a four-nation summit of leaders on the Caribbean island of Guadeloupe in January 1979. Stepping off the plane, looking suntanned and joking with journalists about the highlight of the meeting being his chance to take a swim, Callaghan dismissed concerns over a possible state of emergency during a period of industrial action that came to be known as ‘the winter of discontent’. Although he never said the actual words, The Sun’s classic headline ‘Crisis? What Crisis?’ compounded the negative impression that cost the Labour government the general election that year.

Indeed, as the UK national security level reaches critical (its maximal setting), it will be no smiles and all business for Theresa May. When compounded with electoral pressures, Taormina could be of pivotal importance to a leader so early in her prime ministerial career.

Two things are clear. On the one hand, although often criticised for irrelevance or being little more than a talking shop, G7 leaders regard their annual gathering as important enough to warrant their attendance regardless of domestic pressures to be seen on the campaign trail. On the other hand, it appears that G7 leaders persist in believing that a statesmanlike performance on the global stage can burnish their election chances despite little supporting evidence.