In the Pursuit of Development, Inequality is Every Bit as Detrimental as Climate Change 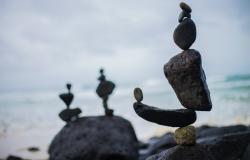 Inequality tears societies apart. It undermines democracy and denies billions of people opportunities to improve their living conditions and contribute with their full potential. This may not be easy to understand for those of us living comfortable lives in bubbles where we only meet people belonging to our own social class. But numbers tell us that children next door grow up in poverty, marking them for life and denying them opportunities that others take for granted.

In February, the Danish Institute for International Studies and the Danish Ministry of Foreign Affairs brought together central thinkers and policymakers to virtually discuss how to construe a form of development cooperation that could confront inequality within and between countries, so decisive for long-term development and prosperity of all including in well-off countries. What follows here are some of the many points made during five days of webinar’ing.

The need to address inequality within and between countries is decisive for long-term development and prosperity of all including the well-off in rich countries. Fortunately, this is increasingly acknowledged both in the United Nations and in Davos where billionaires meet and pad each other’s backs while drinking champagne. At the same time, the world still awaits significant action explicitly aimed at reducing inequality, not just in the world’s poor countries but in the Global North as well. Our country for one, Denmark, remains one of the most wealth-unequal countries in the entire OECD-group despite having a history of (and a humour for) equitable access to education, health and social services.

In their development work, certain donors like to praise themselves for their efforts to promote gender equality or other specific types of inequity, but the work is often fragmented and rarely part of coherent frameworks addressing inequality in general and in relation to the very nature of cooperation itself. This could, of course, be related to their inaction against inequality at home.

The greatest challenge in having international development cooperation take on inequality then, lies in turning ambitions and good intentions into actions that induce real change for real people around the world. Not least because our knowledge about the state and effects of inequality is fairly mature and developing every year.

Depending on how it’s measured, economic inequality is not growing everywhere. In some African countries it has declined in recent years and one may argue that the significant economic growth in China, India, and other countries since the 1980s has reduced global economic inequality. On the other hand, conventional measurements suggest that inequality has grown in many countries in all parts of the world, including the OECD countries, and a noticeable recent development seems to be a significant growth of the income and fortunes of the ultra-rich creating top-heavy inequality. What’s certain is the ways economic inequality has become much more visible the last 20 years not least through the globalization of digital technologies and channels of communication. Nowadays, very few live in ignorance of the immense richness of certain individuals and societies.

Yet inequality is not just a matter of money. Gender, age, ethnicity, religion, geography, etc. often determine people’s opportunities. Born as a girl in the African countryside, a safe and prosperous future is a decisively uphill battle compared to a city boy with educated parents. Comparing then with children of educated parents in Europe, the difference is immense and completely beyond the influence of oneself.

Inequality is also political. Only half of the world’s population live in formal democracies, and many of these are only democratic by name. Even in countries with arguably strong democracies like Denmark, members of parliament are, on average, much more educated than the population, and the electoral turnout of the least educated and wealthy people is only half of the general turnout. In the US, studies document that senators vote much more in agreement with the views of the richest third of the population than with those of the middle third while the views of the poorest third rarely make any imprint on voting patterns.

Such inequalities come with significant consequences. Though still disputed – of course, one is tempted to say – high economic inequality seems to reduce growth and poverty reduction in many societies. For climate change too, inequalities between countries put these in significantly different positions to cope with challenges that the poorest countries cannot take any responsibility for. Which sorts of implications limited resilience capacity is likely to entail is still somewhat disputed, but they may include violent conflicts, intensified migration and pandemics.

Well documented too are the social and health consequences of inequality. In most societies, wealthy and educated people live longer and more healthy lives than those who are worse off. And studies of rich countries that differ in terms of economic inequality, suggest that more equal countries have fewer social problems with respect to low life expectancy, obesity, mental illnesses, crime, teenage pregnancy, poor education, etc.

Recent observations also indicate that perceptions of opportunities influence people’s actions and the consequences of inequality as much as tangible inequalities do. In the US, middle-aged white men suffer from significant excess mortality compared to similar groups in other rich countries and also compared to non-white, middle-aged men in the US, with causes of death such as suicide, alcoholism and drug addiction perhaps explained by the perceived inability of these men to enjoy similar standards of life as their parents’ generation.

Studies also suggest that right-wing populism is linked to top-heavy economic inequality where even well-educated people do not experience increasing income, just as perceived inequality was a certain factor behind the 2021 storming of the United States Capitol. Growing perceptions of limited opportunities and declining position in social hierarchies could thus be an explanation of the widespread concern with inequality despite the increasing prosperity in large parts of the world.

The current pandemic only exacerbates these tendences as Covid-19 has hit marginalized groups excessively hard. Domestic violence against women has increased, migrant workers lose their job and have to walk hundreds of miles from capitals to their villages, and informal labourers are forced to break lockdown regulations to make a living, while the fortunes of the Musks and the Bezos increase with even higher speed. Moreover, rich countries hoard vaccines when poorer countries – helped by reckless leaders – are hit by the pandemic in full force.

If unattended growing inequality will have consequences possibly as devastating as the impacts of climate change. What can be done to address it? Ideally, global and national governance should address the issue far more forcefully than is the case today, given both our extensive knowledge of the detrimental effects of inequality and the at least theoretical political will to address the issue.

One possible explanation of the inaction so far is that inequality will require major upheavals in the way we think and carry out our global development efforts. Inequality is not least difficult to address because it fundamentally favours some to the detriment of others, and those who benefit from it will always be existing political and economic elites. One of the most well-established truths in development cooperation is that it does not succeed without ‘country ownership’ which typically means the support of national elites. Yet if the same elites are relied on for policy choices, the likelihood of these addressing inequality is very low. This is just one dilemma facing those who would like to address inequality and it may very well be a large part of the explanation why so little happens to implement the SDG10.

This dilemma alone stresses how ambitions to confront inequalities demand a much more political development cooperation than we are used to. No matter the national priorities, an inequality-focused form of development cooperation must basically come to the aid of marginalized groups, whether to ensure them better access to education, political influence, or something else.

This will require stronger cooperation directly with civil society and business organizations rather than with ministries and agencies as we know it now. And it will require a great deal of knowledge of the political realities and opportunities in the individual countries.

Such a vision will undoubtedly meet resistance and invoke criticism for being intrusive. But there is need for a political development cooperation that confronts existing monopolies of power and unequal opportunities so that all people can experience progress and development in their lives.

This vision for development collaboration could centre on several initiatives. It could, firstly, focus support on the social sectors to provide opportunities for those who have few. Education, health, drinking water, etc. must be supplied to those who have particularly poor access to these services.

It should also strengthen the current work for gender equality, not only consider it as a point of importance within other activities, but directly target the economic, legal and social barriers that reduce women's opportunities. In addition, an inequality-focused form of development cooperation should support the establishment of social safety nets, even if poor countries are not able to finance them in the short or medium term. Social security would be a tremendous advancement and provide significant opportunities for those who balance on the brink of hunger and disease.

The broader conditions for smallholder farmers, small businesses and food security should also be strengthened. Workforce is perhaps the greatest resource of many poor countries, and if it is protected and can access decent jobs, new opportunities for otherwise marginalized groups will arise.

Internationally, the rules of the game often favour rich countries. Establishing a more level playing field with respect to trade, taxation, debt, and influence in global governance must be a primary objective.

Implementing an inequality-oriented vision for development cooperation is not easy and will require new ways of working and acting, not least because of its deeply political nature. But this is a necessary task if we are to confront unequal opportunities and ensure quality education, health systems and an effective labour market, allowing everyone to pursue the life they want and live up to their full potential.

Adam Fejerskov is a Senior Researcher at the Danish Institute for International Studies. His work focuses on global issues of development, poverty and inequalities.

Photo by Shiva Smyth from Pexels

When Tocqueville and Marx Agreed