The Way Forward for International Trade: Lessons from the TPP reborn 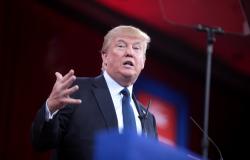 On April 12, 2018, it was reported that United States President Donald Trump had ordered his officials to study the possibility of having the U.S. rejoin the Trans Pacific Partnership (TPP)— the inter-regional trade agreement he campaigned against in 2016 and ditched unceremoniously in January of 2017, just three days after taking office.

Trump’s denunciation of the TPP during the U.S. presidential campaign had been so effective that even his main rival in the 2016 presidential race, Hillary Clinton, felt obliged to do the same. This even though, as Secretary of State, she was one of the main champions of the Agreement.

It is suggested here that the rebirth of the TPP, and a rising tide of free trade agreements (FTAs), preferential trade agreements (PTAs) and regional trade agreements (RTAs) indicate that the road (back?) to a more open and liberalized trading system is not that of massive, global, top-down negotiations, led by the biggest powers and held in quasi-universal bodies like the WTO, with its 164 members.  Rather, it will be through the growth and further development of overlapping networks of partial, iterative, bottom-up FTAs, PTAs and RTAs, that are emerging as building blocks towards the larger goal of creating a more open and integrated world trading system.   The “TPP reborn” is arguably one of the key new building blocks.

On March 8, 2018, 11 countries from three continents signed the “Comprehensive and Progressive Trans Pacific Partnership” (CPTPP), known also as the TPP11. Members of the CPTPP  represent 13 per cent of the world’s GDP (some US$ 10 trillion), 15 per cent of global trade and a population of 500 million. These countries from Asia, Australasia and Latin America, both developed (Australia, Canada, Japan, New Zealand and Singapore) and developing (Brunei, Chile, Malaysia, Mexico and Peru), capitalist and socialist (Vietnam), gave new meaning to what a commitment to a liberalized commerce, globalization and a rules-based trading order really entails. They  picked up the pieces of what was left of the original TPP following the U.S. denunciation of it and put it back together again. At a time when protectionism and isolationism are raising their ugly heads, the TPP11 conveyed a potent signal about shared commitment to liberal trade and economic openness. In fact, the Agreement was signed on the very day that President Trump announced the imposition of new tariffs on steel and aluminum on U.S. trading partners.

The rebirth of TPP as CPTPP was a joint diplomatic venture between Japan and Chile. As the remaining economic heavyweight within the group, Japan had much at stake in bringing the deal to fruition. Prime Minister Shinzo Abe saw it as a key tool to help him move on with opening and liberalizing the Japanese economy.

Chile, for its part, has made trans-Pacific free trade its own cause. Although by some estimates (see Figure 1) Chile is one of the member states that would benefit the least directly from the TPP (because it already has Free Trade Agreements (FTAs) with all of the other signatories), it was among the most determined of the original TPP members to make the Agreement happen in some form.

Chile hosted an initial meeting of Foreign Ministers held in the coastal town of Viña del Mar on March 14-15, 2017 (“The High Level Dialogue on Regional Integration Alternatives in the Asia Pacific”), convening the 12 signatories of the initial TPP, plus China, the Republic of Korea, and Colombia—countries that were previously not involved in the TPP negotiations when the United States was in the lead.  This meeting kicked off the complex task of reformulating the original TPP text in the absence of the United States. In the end, 22 provisions of the original text (mostly related to some of the most aggressive IP protection measures the United States had pressed for) were suspended, and much of the rest of the agreement was left intact. Followed by several meetings held in Japan in the course of 2017 and early 2018, the recasting of TPP culminated in the signing of the CPTTP on March 8, 2018 in Santiago, Chile.

The new consensus achieved by the CPTPP members can partly be explained by the network of bilateral FTAs that were already built up between them. This network acted as a powerful “buffer” to ameliorate the impact of trade concessions within the groupings. This network has been especially important, as the WTO Doha Round remains stuck in neutral, then years after the Round was launched.

However, two global trends appear to point to a way out of the current paralysis. On the one hand, is the emergence of plurilateral trade agreements like the CPTPP and the Regional Comprehensive Economic Partnership (RCEP), trans-regional and pan-regional agreements that were once considered threats to the global trading regime and now seen by some as large islands of trade liberalization in an ocean of protectionism.

On the other, are the regional and bilateral trade agreements, that previously were targeted as threats to the global multilateral trade. The figures seem to be bear out the emerging reality.  As of July 1, 2016, some 635 notifications of regional trade agreements (RTAs) (counting goods, services and accessions separately) have been received by the World Trade Organization (WTO). The overall number of RTAs has been increasing steadily, and many more are currently being negotiated. FTAs and preferential trade agreements (PTAs) account for 90 per cent of these, while customs unions are 10 per cent.

What the rebirth of the TPP and the plethora of FTAs, PTAs and RTAs show is that the road toward a more liberalized trading system may not be through massive, global, top-down negotiations, led by the biggest powers and held in quasi-universal bodies like the WTO, with its 164 members.  Instead, it may meander through growing and overlapping networks of partial, iterative, bottom-up FTAs, PTAs and RTAs, that serve as building blocks towards the larger goal of creating a more open and integrated world trading situation.

Interestingly enough, this has been, for the past quarter century, the approach followed by Chile, through its so-called “lateral international trade policy”. This is a pragmatic approach that puts free trade and access to markets at its center, and deploys all the needed policy tools to achieve them—be they multilateral, plurilateral or bilateral.

The basic notion is to keep moving forward, if need be, incrementally and iteratively, as opposed to waiting for optimal, comprehensive solutions aimed at a world-wide lowering of tariffs and  trade liberalization.

Perhaps this reality is starting to dawn on the Trump administration, and its more thoughtful trade strategists?  As the drums of a looming trade war beat with ever greater intensity, one can only hope so.

Jorge Heine is a public policy fellow at the Woodrow Wilson International Center for Scholars in Washington DC, former Chilean ambassador to China (2014-2017), India, and South Africa. A past vice-president of the International Political Science Association (IPSA), he was CIGI Professor of Global Governance at the Balsillie School of International Affairs, Wilfrid Laurier University (2007-2017), and has held visiting appointments at the universities of Konstanz, Oxford and Paris. He has published fifteen books, including The Oxford Handbook of Modern Diplomacy (2013, pb 2015) and Reaching Across the Pacific: Latin America and Asia in the New Century ( 2014), and some 100 academic articles and book chapters, in journals including Global Governance, International Studies Review, PS and Canadian Foreign Policy.

Nicolás Albertoni is a PhD student in Political Science and International Relations at the University of Southern California. Nicolas received his Masters Degree from Georgetown University’s School of Foreign Service. He is the Trade Policy Project Lead for the Security and Political Economy Lab at USC. His current research is on the effect of international trading networks in trade policy-making.

For a longer version of the analysis in this piece please click here.