Global Development Post-2015: some reflections on convergence and what facilitates it 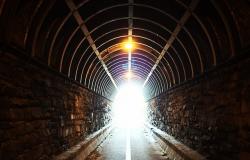 Antonio Savoia and David Hulme explore what we know and what we should ask next about developmental convergence.

Research on global development progress during the Millennium Development Goals (MDGs) period has been tracking the shift in global wealth occurring with the rise of new giants, such as China and India, and its consequences for the rise of the rest of the developing world. On balance, the shift has been positive because of its contribution to reducing extreme poverty as cross-national income inequality has reduced. But, what’s next for the process of global development post-2015, especially when within country wealth and income are becoming more unequal? And what are the implications for the process of convergence in living standards and for designing effective policies? A few specific reflections are worth considering.

First, we need to take convergence beyond income levels.

One good way is to explore further how the process of economic development, crudely represented by GDP growth, can support other development outcomes, such as health and education. In giving a quantitative historical account going back many decades, Jan Luiten van Zanden seems to suggest that over time the correlation changes. While economic development is thought to lead to increases in wellbeing, certain dimensions of wellbeing have become less correlated with GDP growth in more recent times (e.g., life expectancy). We should ask if this is because of (i) a universal, structural historical change – for example, knowledge about basic health practices (wash your hands, immunise your children) diffusing at virtually no cost nowadays, or (ii) country-specific factors – e.g., the economic growth associated with increased small farmer productivity will impact more on well-being than growth through enclave mineral extraction, or (iii) different combinations of (i) and (ii) and perhaps other changes.

Another important aspect is to look at the quality of government, which is widely believed to support economic and social development and it is now part of SDG16.  For example, are less developed economies catching up with countries considered to have more effective institutions? This is where some of our research at the Global Development Institute can be useful. Using a range of measures, we show that some convergence in the quality of key market-supporting institutions (e.g., property rights security) and the quality of bureaucracies did occur since the 1970s. However, such catch-up effect seems to be a temporary one, which started with the end of the Cold War and disappeared in the new Millennium, ultimately suggesting that the differences in institutional effectiveness between developing and developed countries may persist for a long time.

Second, we need to understand what actually facilitates broader convergence.

Convergence in a broader range of development outcomes is as important as economic convergence. What structural conditions facilitate this? What is important is understanding the interlinkages amongst the variables during the process of development and trying to identify which ones will support further development progress.

For example, with greater state capacity, can countries reduce poverty at a faster rate? With respect to income poverty, recent research at our Effective States and Inclusive Development Centre suggests that the answer is affirmative. After running quite a few regressions, we conclude that countries with greater ability to administer their territories, deriving from longer experience of statehood, saw faster poverty reduction over the 1990-2013 period. In particular, countries with highest state capacity can reduce income poverty at twice the speed than countries with weakest capacity and so were much more likely to achieve the Millennium Development Goal of halving poverty.

How income and wealth are distributed within an economy, now included in SDG10, is another factor that may act as a structural condition fostering or hindering development progress. Consider economic inequality from the top.  Rentiers in specific industrial sectors, extracting profits rather than innovating, may hinder inclusive economic growth and ultimately undermine social cohesion, as those left behind grow impatient when they do not see any tangible improvement or a worsening in their living conditions.

The future of post-2015 convergence in development outcomes needs to consider these issues, and perhaps others. Indeed, success in pursuing the SDGs will depend on forms of convergence that are defined by measures far more inclusive than just income. SDGs, like MDGs, are meant to interact synergistically so that they reinforce on each other. Thus, looking at convergence outside of income measures is important to understand whether and how these synergies occur.

David Hulme is Professor of Development Studies at the University of Manchester where he is Executive Director of the Global Development Institute and CEO of the Effective States and Inclusive Development Research Centre. He has worked on rural development, poverty and poverty reduction, microfinance, the role of NGOs in conflict/peace and development, environmental management, social protection and the political economy of global poverty for more than 30 years. His main focus has been on Bangladesh but he has worked extensively across South Asia, East Africa and the Pacific.