The West and China: Human Rights, Democracy and International Law 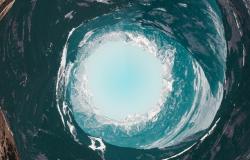 Alexander Butler takes an historical approach to the growing Cold War between the United States and China to argue that the West must do better to uphold its own traditions of democracy and international law.

The end of the Second World War saw the emergence of two drastically opposing power blocs with de facto influence over entire regions of the world: the Soviet Union and the United States. In 1947, as the United States held an olive branch to all nations affected by conflict during the Second World War in the form of Marshall Aid, the Soviet Union was enforcing its own hegemony throughout Eastern Europe, incorporating countries such as East Germany, Poland, Czechoslovakia, Hungary, Romania and Bulgaria into its sphere of influence. The Cominform (1) was established in 1947 soon after Marshall Aid was offered, and later, the Warsaw Pact was signed by communist parties throughout Eastern Europe; confirming a military alliance and support if invaded by a Western country. Two years later in 1949, after Western European countries were starting to enjoy the fruits of low-interest U.S. loans, the North Atlantic Treaty Alliance (NATO) was established as a counterweight to the Warsaw Alliance. Slowly yet surely, two ideologically opposed superpowers found themselves in a conflict defined by paranoia and deception until the collapse of the Soviet Union in 1991.

The United States would claim that it was the leader of the free world: a safe haven of liberty, the rule of law, free speech, political representation, meritocracy and equality. It would boast moral and political superiority over a totalitarian, one party system that oppressed its citizens on the grounds of ideological purity. As the Soviet Union collapsed in 1991, the majority of the world started to embrace economic liberalism, free trade and ostensibly, democracy. Scholars, politicians and journalists hailed what was understood as the ‘end of history’. Cold war politics was no longer relevant, and the universalisation of neoliberalism was assumed to be the final and inevitable form of human government.

Despite the collapse of the Soviet Union and the renewed Western optimism that followed, a phoenix power in the form of the Chinese Communist Party had been rising from the ashes since defeating Chiang Kai-shek’s Nationalist forces in 1949. Since tentatively embracing free trade from 1979 and joining the World Trade Organisation in 2001, China was also viewed in the same ‘end of history’ paradigm, in which Western leaders naively assumed that economic liberalism would eventually guarantee political liberalism.

Twenty years later, the world has found itself in an all too familiar conflict, pitched between two ideologically disparate superpowers and their allies: The United States and China. After a short honeymoon period that confirmed the primacy of Western liberalism throughout the world, in what some commentators have called ‘Cold War 2.0’, the U.S. and its allies are being challenged by a new superpower with a drastically different tradition of governance and approach to human rights. Such feeling was reaffirmed by the U.S. Secretary of State’s speech in July of this year, in which he stated that:

“If we want to have a free 21st century, and not the Chinese century of which Xi Jinping dreams, the old paradigm of blind engagement with China simply won’t get it done. We must not continue it and we must not return to it. The free world must triumph over this new tyranny”. (2).

The Chinese Communist Party does not claim legitimacy of governance on the grounds of free elections and democratic choice, but on the premise that it has raised living standards and brought unprecedented material wealth to millions of Chinese citizens over the past thirty years. It is becoming apparent to the Western world that free trade with China did not ensure its transition to democracy, but further entrenched China’s ambition to enforce unquestioning allegiance to the predominately Han-Chinese Communist Party. This is illustrated by Beijing’s suppression of pro-democracy demonstrations, the introduction of a national security law in Hong Kong, the suppression of the Mongolian language throughout Inner Mongolia, and the forced detention of Uighur Muslims in the North-Western province of Xianjing.

There is no doubt that such flagrant abuses of autonomy and fundamental human rights should be challenged by the Western world, and the Chinese Communist Party should be held accountable for its increasingly nationalist actions both at home and abroad. However, if the ‘free world’ is to triumph throughout the 21st century, as Mr Pompeo has stated, the United States and her allies needs to do better in reaffirming their own commitments to democratic freedoms and equality. Effective opposition, the rule of law, free elections, independent courts, and a dynamic free press are all institutions and traditions that should be cherished throughout Western democracies. However, they are not to be taken for granted. They were fought for throughout history and can also be lost to it.

Only recently, the U.K. Conservative government has jeopardised the credibility of international law by proposing an internal market bill which contradicts the Northern Ireland Protocol agreed under the EU Withdrawal Agreement earlier this year. In addition, the President of the United States has used amorphous federal agents in Portland, Oregon, to suppress Black Lives Matter protests, used the police to disperse protesters for a photo opportunity, tweeted that ‘when the looting starts, the shooting starts’ and banned media coverage of the 2020 Republican Convention. It is hard to find any moral force in the world that can act as a bulwark against an increasingly nationalistic and aggressive China under the leadership of Xi Jinping. How can the ‘free world’ hope to triumph over a future threat to democracy and international law when it is already being disregarded at home?

If a second Cold War is imminent, the West and its citizens must do better to elect responsible leaders and hold governments to account in order to uphold traditional democratic freedoms and international law. In the face of a country with a much stronger and diverse economy than the Soviet Union ever had, we must not repeat the same hypocrisies that characterised the Western world’s claims to moral and political superiority during the Cold War of the twentieth century.

Alexander Butler is a postgraduate student of International Relations at the University of Leeds, UK.

Photo by Daniel Frank from Pexels

Why Are Monitory Democracies Not Monitoring Supply Chain Slavery?