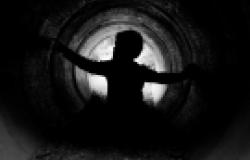 This column by Joyeeta Gupta is part of Global Policy’s e-book, ‘Climate Change and Human Rights: The 2015 Paris Conference and the Task of Protecting People on a Warming Planet’, edited by Marcello Di Paola and Daanika Kamal. Contributions from academics and practitioners will be serialised on Global Policy until the e-book’s release in November 2015. Find out more here or join the debate on Twitter using #GPclimatechange.

Climate change will wreak glocal havoc! Although pre-1990 scholars focused on state liability for climate change, this was re-worded in terms of leadership on climate change in the Climate Convention. Twenty-three years later, leadership has become a casualty of politics, as each group of countries seems to be waiting for the other to take action and the so-called ‘bottom-up approach,’ launched after the failure of Copenhagen, does not lead to commitments consistent with achieving the global target of staying below 2° of global warming.

When short-term politics and economics lead to policy procrastination, and international context allows for easy free-riding, there are three possible actors that may seek to pursue justice - the epistemic justice community, social movements, and the judiciary. This essay focuses on the latter, positioning the human rights discussion within the broader search for climate justice through legal processes and litigation.

Within current legal frameworks, states that do not ratify the climate agreements could be construed as receiving illegal subsidies under the World Trade Organization rules. They may also be seen as violating the Law of the Sea, the Straddling Fishstocks Convention, or the World Heritage Convention. Moreover, as the small island states have stated in the reservations they submitted in regards to the Kyoto Protocol, mere ratification of the relatively weak commitments in the Protocol is not enough to protect them from the devastating effects of climate change. Vulnerable states could therefore argue that the slow willingness to commit to reducing emissions displays a lack of ‘good faith’, causes ‘wrongful damage’, and requires ‘state responsibility for injury caused by acts not prohibited by law’- especially when they damage World Heritage sites or biodiversity hotspots. These claims are eligible for pursuance in various fora, including the International Court of Justice.

In addition to States, industries could be held accountable for their greenhouse gas (GHG) emissions. Hence, many industries (whose assets in 2011 totalled to USD 71 trillion) are voluntarily disclosing their emissions as a way to pre-empt possible future accountability. At the same time, NGOs in Australia are issuing ‘notice’ to companies as a warning for their possible future liabilities.

Furthermore, national courts can be a venue for litigation on the regulatory scope of environmental agencies; on the local and global pollution caused by multinationals (as in the case against Shell in Nigeria), on the nature of projects to which export credits have been provided (as in Germany and the US), on the public nuisance caused by fossil fuel plants (as in the US) or by mines (as in Australia), on the negative impacts on cultural and ecological heritage sites, or simply on the low level of state action (as in the Netherlands).

Finally at both national and international level, the Rio Principles on Environment and Development could arguably give rise to court cases based on the violation of these principles. The question is how will the courts respond - given the difficulties connected with the high costs of becoming a plaintiff, with questions on whether plaintiffs can sue for future damages, on whether causality can ever be proved, on what kinds of corrective measures should be taken (the choices ranging from preventive injunctions to compensation) and against what sort of defendant and at what kind of venue, and so forth. Although there have been quite a few cases and no clear pattern of behaviour can be discerned from the court judgements, a recent court case in the Netherlands is illustrative of the way judgements may go. Here, in response to a public interest case brought by the NGO Urgenda - which argued that climate change was a serious issue and science warranted far-reaching action - the court has obliged the state to take its responsibility as a developed country and not hide behind the free-rider argument. In this case, the state is required to adopt stricter measures consistent with climate science.

Human rights law requires a human rights approach to climate change. Human rights are most often used as a sort of countervailing power to state abuse. At the global level, they have progressed from protecting political rights, through to social rights, to the rights of specific vulnerable groups, to environmental rights, and to rights with respect to bio- and geo-engineering technologies.

Human rights, even if recognized, are not self-enforcing and therefore constitute a special category of possible court cases. The Brundtland Report on Our Common Future and the Hague Declaration on Climate Change recognized the human right to an adequate environment. In 1990, the Intergovernmental Panel on Climate Change asked: ‘should mankind’s interest in a viable environment be characterized as a fundamental right?’ 17 years later this issue had made its way to the international agenda. The small island states requested for human rights to be discussed in climate negotiations. In 2007, the UN Human Rights Council (UNHRC) passed a resolution recognizing that climate affects human rights, and UNDP concluded that climate change is ‘a systematic violation of the human rights of the world's poor and future generations, and a step back from universal values’. In 2010, the UN General Assembly and the UNHRC recognized the human right to water and sanitation, which is seen as closely linked to climate change as the latter influences the geographical availability of water. In fact, the human rights to life, health, water, food, housing, development, and self-determination are all influenced by the impacts of climate change and thus call for recognizing a higher-order right not to be negatively affected by the phenomenon. Others argue that there should also be a right to knowledge that would help empower people to deal with the problem better.

In concrete terms, linking human rights and climate change does not just imply setting up complaints procedures: it implies contributing to the global need to reduce the use of fossil fuels to zero. This implies that if states themselves do not do so, a movement of human rights cases in multiple courts world-wide has to be initiated to balance the power of the legislative and executive, hoping for the courts to be less influenced by neo-liberal power politics than other institutional actors. However, there are difficulties in establishing causality as well as with identifying rights holders and duty bearers due to temporal, spatial, and jurisdictional fragmentation. In the final analysis, a human rights approach to climate change does what human rights approaches have always done: it challenges the tendency to discuss climate change and make trade-offs in terms of economic costs and benefits.

The Right to (Sustainable) Development

Inevitably, in reducing emissions to zero, the issue of who has the right to development becomes paramount. Developing countries have been arguing that industrialized countries are trying to prevent their development since the 1950’s. In 1986 the General Assembly finally recognized the right to development, whereby ‘every human person and all peoples are entitled to participate in, contribute to, and enjoy economic, social, cultural and political development’, and that includes ‘the exercise of their inalienable right to full sovereignty over all their natural wealth and resources’. In terms of climate change, this suggests that these countries also have a right to emit GHGs and to a fair share of ‘ecospace’, including a climate budget. Clearly, as fossil fuel use has to be phased out completely, this budget shrinks every year and there is less to share with the developing countries. Because countries have been unwilling to both define and share this carbon budget equitably, the negotiations have slowed down. This is typical of distributive bargaining where one party gains more at the cost of another party.

Such ‘share-the pie’ approach will no longer be relevant when countries break free of their dependence on fossil fuels. But breaking free requires strong policy; and such policy can emerge from fixing the size of the pie, which in turn implies forcing policy change world-wide, especially as alternatives such as renewable energy and low energy production patterns exist, as well as choices that consumers can make to reduce their pollution footprint. The problem is whether the vested interests will be willing to allow states to make these changes. After all, for you and me, it is irrelevant where the energy comes from as long as we get the energy, and it just is the case that if environmental costs were internalized into fossil fuels, fossil fuel energy would become unaffordable.

I believe that the solution has to come from the South, as the North is so locked-into a fossil fuel economy that it cannot easily unlock itself. The South is not as locked-in yet, and thus may have to lead the way out while demanding accountability from the North. In doing so, the South may be able to give meaning to the notion of the right to sustainable development encapsulated in Article 3 of the Climate Convention.

In conclusion, I see human rights as a part of the legal tools that can be used, individually and jointly, as the ‘stick’ to push the ‘donkey’ towards the ‘carrot’ of sustainable development. Analytically, this cannot be separated from the discussion of who is allowed to develop and how, nor can it be separated from a discussion on how the human rights approach links up with, and consequently derives support from other legal instruments.

I think that the combination of scholarly papers about how legal tools and the judiciary can be used, with the action of social movements that use litigation in court systems to complement their advocacy, lobbying and public/press education, is an effective way of pressuring states to accept their responsibilities and to make them accountable to the people at large, and not just to the corporations that currently appear to be indirectly running our countries.

Joyeeta Gupta is professor of environment and development in the global south at the Amsterdam Institute for Social Science Research of the University of Amsterdam and UNESCO-IHE Institute for Water Education in Delft. She is editor-in-chief of International Environmental Agreements: Politics, Law and Economics and is on the editorial board of seven other journals. She was lead author in the Intergovernmental Panel on Climate Change which won the 2007 Nobel Peace Prize with Al Gore and of the Millennium Ecosystem Assessment which won the Zaved Second Prize. She is on the scientific steering committees of international programmes such as the Global Agricultural Research Partnership (CGIAR) and Science Europe’s Scientific Committee for the Social Sciences and of the Joint Programming Initiative - Climate Transdisciplinary Advisory Board.