The Growing Wealth Gap Marks the Return of Oligarchy 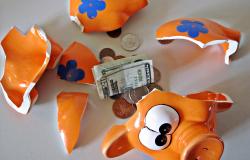 One of the most striking features of our era is the widening gap between rich and poor. In fact, wealth inequality may be higher today than any other era, although we lack the data to draw meaningful comparisons with the distant past. Moreover, the gap between the haves and the have-nots seems to be growing, as the annual reports from the development charity Oxfam clearly indicate. What are the key reasons for the growing divide between rich and poor, especially when governments claim that there is a recovery underway since the 2008 global financial crisis? And what can be done to reorganize society so wealth is no longer concentrated into so few hands while millions of people live in extreme poverty or are barely subsisting? In the interview below, Thomas Weisskopf, emeritus professor of economics at the University of Michigan and a long-time member of the Democratic Socialists of America, offers his insights on the state of economic injustice.

C.J. Polychroniou: Professor Weisskopf, according to the 2019 Oxfam report, a handful of billionaires own as much wealth as the poorest half of the world’s population. In fact, 2018 was a year in which the rich got richer again and the poor, poorer. Do we know the primary culprits behind the ever-growing gap in economic well-being between rich and poor?

Thomas Weisskopf: There are both economic and political reasons for the growing wealth gap between the very rich and the poor. The natural tendency of capitalism is to generate both overall economic growth and ever-increasing inequality in both wealth and income. Most people do not have the opportunity to acquire much wealth, but those who have inherited or accumulated a certain amount of wealth have many opportunities to increase it, and the more wealth you have, the easier it is to do so. Wealth is everywhere much more unequally distributed than income, because those who have wealth can use it to generate even more. The distribution of wealth has a huge impact on the distribution of income, because wealth is an important source of income — especially for the very rich.

The underlying unequalizing tendency of capitalism can be interrupted by catastrophic developments — such as wars or major economic crises, which can shrink the wealth of an entire capitalist class, or natural disasters which can destroy the wealth of individuals whose wealth is vulnerable to such events. World Wars I and II, as well as the Great Depression of the 1930s, had the effect of reducing the degree of wealth and income inequality around the world.

The natural unequalizing tendency of capitalism can also be limited, and sometimes even reversed, by political intervention. From the end of World War II to the 1970s the capitalist world achieved rapid economic growth without much increase in wealth and income inequality, because most governments took responsibility for assuring that the gains from growth would be widely shared. They did this through a variety of means, including relatively high (by current standards) taxes on wealth and income, which funded government spending on public programs that had the effect of redistributing income and opportunities from richer to poorer segments of the populations, well as policies that curbed the power of large corporations and protected workers from exploitation by employers. Beginning in the late 1970s, government policies in many capitalist countries — most markedly in the U.K. and the U.S. — shifted toward less redistributive tax and spending policies, less regulation of large corporations, and less protection for workers.

Should we really be concerned with wealth and income inequality or with poverty?

We should be concerned with all of the above. Wealth provides long-term security, and it opens up all kinds of opportunities for the wealth-holder — whether as a source of income, for spending beyond one’s income, or for weighing in on public affairs, such as buying political influence and thus shifting almost entirely the balance of power toward the interests, needs and whims of the rich and influential. Poverty characterizes people who do not have sufficient income, wealth or access to resources to meet their basic human needs, such as food, clothing, shelter, medical care, good education. Every society should feel obligated to enable all of its members to live at such a basic minimal standard. It would be perfectly possible to do so even in a context of growing overall inequality in wealth and income. But such growing inequality itself has numerous adverse consequences for a society, as I discuss below.

What are the primary consequences of massive income and wealth inequality for the advanced industrialized societies?

Massive economic inequality usually means that a substantial share of the population at the lower end of the scale cannot meet their basic human needs. But misery for those at the bottom of the scale is by no means the only negative consequence of such inequality. There are many respects in which one’s well-being depends on one’s relative, rather than absolute, economic position. First, the way one is treated depends a great deal on one’s economic status and resources; those well below the societal average are likely to be disrespected and disfavored, whereas those far above are likely to be given undue deference and granted undue favors. Great economic inequality makes it impossible to achieve anything like equality of opportunity, because one’s access to opportunities depends greatly on one’s initial position relative to others. This is especially the case with opportunities that are necessarily limited in supply — such as access to the best institutions in which to study or work, or to the best locations in which to live, or to positions of power and influence. Not only the impoverished at the bottom of the economic ladder, but everyone in the lower half has a lesser chance than those above, and all the more so compared to those near the top. Yet the extent to which one is disadvantaged by a lower position depends significantly on the degree of difference in economic status. In more equal societies, the inequality of opportunity is significantly lower than in highly unequal societies.

Nowhere is this more obvious or more damaging than in the political arena. Those at the top end of the distribution can and do use their wealth and income to gain disproportionate influence over government at all levels, not least in democratic societies. Justice Louis Brandeis famously declared that, “We can have democracy in this country, or we can have great wealth concentrated in the hands of a few, but we can’t have both.” The growing concentration of wealth in affluent capitalist nations has been an important reason for the change in the distributive impact of governmental economic policies that I noted above. Since the late 1970s, governments in most [of] the affluent capitalist nations are no longer restraining the natural tendency of capitalist economic growth to generate growing inequality; in many cases — notably the U.S. — they are aggravating it.

According to the Oxfam report, the rich pay less taxes than the poor. Will taxing the rich reduce inequality?

In most countries the rich pay lower taxes than the poor, as a percentage of their income; but they pay considerably more taxes in dollar terms, because even a lower rate of taxation on income delivers a lot more in tax proceeds when applied to much higher levels of income. (The same is true of taxes on wealth.)

certainly reduce income inequality, measured after taxes (which is what is relevant to one’s standard of living). But it is not the only way to achieve this goal. Other ways to do so are to reduce the rate of taxation on the poor, or for the government to set up programs that benefit everybody without regard to their income or wealth — like a national health program — or that provide benefits that are geared to aid the less well-off.

If inequality is not inevitable, what policy options are available in the age of globalization to reduce the gap between haves and have-nots?

There are many well-known policies that could help reduce the gap. I’ll mention just a few — starting with economic measures that have been advocated by many on the left and implemented at some times and in some places by progressive governments. 1. Raise taxes on wealth — especially in its largely unproductive forms, such as inherited wealth and wealth resulting from the appreciation of land value; 2. Work toward ending the tax havens and secret bank accounts that have enabled the world’s richest people to evade taxes and accountability for their financial operations; 3. Raise marginal tax rates on high incomes; 4. Use the revenue from greater tax receipts to improve public services, such as education, medical care, and transportation — especially for poorer communities; 5. Step up enforcement of anti-concentration and anti-monopoly laws and regulations, and; 6. Enable workers to have greater influence over their workplace conditions, both through stronger unions and through representation on corporate governing boards.

Implementation of such policies requires that movements responsive to the needs of the great majority of people who are not wealthy succeed in attaining political power. This is possible in a democratic context only if the rules of the political process are fair, so that everyone has an equal ability to vote and that no candidate or party has access to far more resources than others. In many countries — notably and egregiously in the U.S. — the political process fails to meet this standard. Therefore, political reforms that assure easy access to the vote to every citizen, and that limit the inequality of resources available to candidates and campaigns, are likely to be a prerequisite for economic policies in favor of greater equality of wealth, income, and overall economic well-being.

C.J. Polychroniou is a political economist/political scientist who has taught and worked in universities and research centers in Europe and the United States. His main research interests are in European economic integration, globalization, the political economy of the United States and the deconstruction of neoliberalism’s politico-economic project. He is a regular contributor to Truthout as well as a member of Truthout‘s Public Intellectual Project. He has published several books and his articles have appeared in a variety of journals, magazines, newspapers and popular news websites. Many of his publications have been translated into several foreign languages, including Croatian, French, Greek, Italian, Portuguese, Spanish and Turkish. He is the author of Optimism Over Despair: Noam Chomsky On Capitalism, Empire, and Social Change, an anthology of interviews with Chomsky originally published at Truthoutand collected by Haymarket Books.

This post first appeared on Truthout and was reprinted with permission.