Epidemics and the real Thucydides Trap 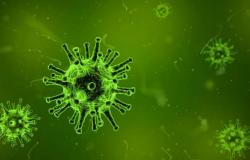 Emilian Kavalski and Nicholas Ross Smith, from the University of Nottingham Ningbo China, explore the coronavirus outbreak through an international relations lens.

To “imagine” is a powerful human exercise, as many successful inventors around the world can attest. It is also a crucial, but perhaps sometimes underutilized, exercise for security analysis and forecasting.

So, let us imagine a scenario where a superpower launches an attack on the second-largest economic power in the world. The attack is pre-emptive, so it takes everyone by surprise. The conflict would immediately cause ripples that would be global in scope. It would lead to rapid militarization and the onset of military clashes, the internment and lockdown of enemy citizens and the persecution of sympathetic locals, and the bipolarization of the globe into “blocs”.

But, unlike previous conflicts between large powers, this conflict would occur at a time of unprecedented (technology-infused) interconnectedness and interdependence. Therefore, the impact would not just be in the realm of security and defence or international trade and capital flows, but the very foundations of modern global society would be affected. The most crucial area of this conflict perhaps, given our increasingly cyber age and the enveloping “internet of things”, would be the massive cyberspace battles over infrastructure and information that would ensue.

Now, imagine that this was not about a military confrontation, but about the spread of a virus.

Rather than a fictional scenario, ever since reports of a coronavirus outbreak in Wuhan first surfaced in December 2019, the, now termed, COVID-19 virus has managed to virtually isolate China from the rest of the world.

Millions of Chinese live under near 24-hour lockdown, in which they have to stay confined to their apartments and only a single member from a family is allowed to leave the home to get supplies every second day. Most public transport – planes, trains, taxis and car-sharing services – have been either halted or operate under very strict and limited terms. Travel in and out of China is difficult with most international airlines cancelling their services to the mainland for the foreseeable future. Those that are still able to leave are quarantined as soon as they reach their destinations; many of them in military facilities and detention centres.

Further to this, a putative information war has erupted over the virus, with the Chinese government saying one thing, while outside powers and authorities either questioning this narrative or suggesting alternative ones. China’s reporting of the virus, especially its statistical transparency, is a cause of significant criticism (or at least suspicion) in the West. China has also been accused of bullying smaller partners to keep their borders open and of corrupting international organizations, such as the WHO. But, at the same time, in some quarters, China has been praised for its swift handling of the outbreak and its use of cutting-edge technology has been looked upon with awe.

In a matter of weeks, the COVID-19 virus has managed to achieve much more than President Trump’s trade war managed in over a year: the practical “decoupling” of China from the rest of the world.

And, all of this happened without a single shot being fired.

Such developments suggest the futility of the traditional frameworks of analysts to explain the nature of events such as the COVID-19 virus. In times like this, it often takes a work of fiction to provide illumination and dispel the dominant paradigms of the time. The poetic ruminations of the 1980 Nobel Laureate for Literature, Czeslaw Milosz, offer just such a corrective:

People always live within a certain order and are unable to visualize a time when that order might cease to exist. The sudden crumbling of all current notions and criteria is a rare occurrence and is only characteristic of the most stormy periods in history. In general… the only possible analogy [for such] rapid and violent changes… may be the time of the Peloponnesian War, as we know it from Thucydides.

The irony today is that in this passage Milosz seemingly outlines (at least in a proto sense) perhaps one of the most clichéd analytical frameworks for understanding contemporary international politics,  one which is increasingly popular with policymakers in Washington: the Thucydides Trap. For Graham Allison, the author that coined the term, the conflict between the ancient Athens and Sparta offers a useful parallel for the likely trajectory of Sino-American relations.

The gist of the Thucydides’ Trap is the argument that the Peloponnesian war was an inevitable product of ‘the growth of Athenian power and the fear which this caused in Sparta’. Thus, the Thucydides’ Trap is about the unavoidable nature of military confrontation between a rising power and a declining hegemon. In this scenario, Beijing is the challenger to American global supremacy and sooner or later Washington, as Sparta did many millennia ago, will find itself in a position where it will have to defend its global standing position by attacking China.

Milosz’s putative Thucydides’ Trap, however, did not use the Peloponnesian War as a framework for a contemporaneous international political issue but rather as an example of the failure to imagine a profound disruption to the routines and rhythms of daily life.

For Milosz and Thucydides alike, the real threat to a society and, by extension the place in the international political environment it inhabits, was not connected to war, regime type, or international grandstanding. Instead, it reflected the inability to imagine and hence prepare for a complete breakdown of the well-oiled whir and hum of everyday life.

For Thucydides, this disruption also came in the form of a virus, which entered Athens via the port of Piraeus in the summer of 430 BCE. The epidemic that it spawned devastated the Athenian population. Thucydides describes the complete breakdown of the social and political order in Athens as a result of a disease which wiped out young and old, rich and poor without any discrimination. Pericles, the leading citizen of Athens, was among those who succumbed to the plague. According to Thucydides: “the catastrophe was so overwhelming that men, not knowing what would happen next to them, became indifferent to every rule of religion or law”.

The impact of the epidemic was so devastating that Athens failed to recover and ultimately lost the Peloponnesian war (although, if Sparta won is another debate). The key point is that in this version of the Thucydides’ Trap, trust – an essential building block of political life – disappeared in the dust left behind the loss of what used to be the normal patterns of life. In its stead, lawlessness and chaos reigned in a period of great uncertainty, anxiety, and fear with devastating economic and political effects.

Yet, despite the overwhelming historical evidence of the profound impact of newly emergent diseases on human society – from Thucydides’ time to the present day – it seems that politicians and security experts still tend to imagine conventional warfare as the means of societal demise. Some might challenge here that climate change has become a recognized “unconventional” threat to human society, but the lack of political will and action by those that matter is arguably a product of this entrenched myopia. As the situation with the COVID-19 virus indicates, many still prefer to deal with remote threats – such as the potential for WWIII between China and the United States – than with real ones affecting us now.

And this is what the real Thucydides’ Trap is all about: the inability to imagine beyond our entrenched analytical confines.

Let us return to another work of fiction to summarise, this time the words of Milan Kundera who observed:

All of us have become prisoners of a rigid conception of what is important and what is not, and so we fasten our anxious gaze on the important while from a hiding place behind our backs, the unimportant wages its guerrilla war, which will end in surreptitiously changing the world and pouncing on us by surprise.

A silver lining from the unfolding tragedy of the COVID-19 virus might be the opportunity that it creates to reconsider whether what we think as important threats are indeed such and refocus attention and energy on addressing the real ones – such as global health, climate change, and, perhaps rising inequality. But given that we still seem to be looking to Thucydides and his fifth-century BC worldview and ideas for guidance, perhaps that is too much to ask.

Fourth of July Thoughts: The Bent Key of the U.S. Supreme Court