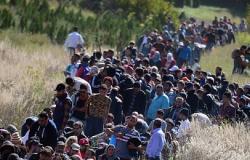 Solon Ardittis discusses the relevance and possible impact of some of the proposals tabled at the recent World Humanitarian Summit, and at the forthcoming UN Summit on migrants and refugees, on issues of international cooperation and responsibility-sharing in the field of refugee protection.

The convening this week of the first ever World Humanitarian Summit has coincided with Kenya’s decision to close down the world’s largest refugee camp and to repatriate its over 350,000 residents to their home countries - mostly Somalia.

While considerable focus has been placed over the past two years on Europe’s failure to implement its two flagship responsibility-sharing mechanisms - the EU Relocation Plan and the EU Resettlement Programme – the realities of global burden sharing in the field of refugee protection continue to be largely ignored.

Today, over 85% of the world’s refugees are hosted in developing countries, including some 25% in the Least Developed Countries. Turkey, Pakistan, Lebanon, Iran, Ethiopia and Jordan continue to rank as the most important refugee receiving countries.

It is no surprise, then, that both the World Humanitarian Summit and the forthcoming UN High-Level Meeting on Large Movements of Refugees and Migrants have placed issues of responsibility-sharing at the core of their agenda. In his Report for the World Humanitarian Summit, Secretary-General Ban Ki-moon has stressed, in particular, that ‘to address one of the most critical global problems of today, a new international cooperation framework on predictable and equitable sharing of responsibility is needed to respond to large-scale refugee movements. The framework could create a mechanism for early consultation with all relevant countries and other stakeholders in the event of mass movement of refugees, addressing resourcing for host countries and, as necessary, expedited pathways for admission in third countries’.

The problem however, is that there continues to be a total lack of common understanding of what responsibility-sharing should entail exactly. The approach that appears to have been favoured by most developed countries to date is one consisting of financing refugee reception and protection activities outside of national borders, and therefore exporting the burden of implementing international obligations in this policy area. The EU-Turkey agreement on migration, amounting to some 6 billion euros, is of course a case in point. Similar financial pledges have been made recently by the EU to support countries like Jordan and Lebanon in their refugee protection activities. The European Investment Bank will present next month its ‘Resilience Initiative’ in response to the refugee crisis in the Southern Mediterranean and the Western Balkan countries, with an expected investment over the next five years of EUR 17.5bn. It is also noteworthy that UNHCR’s top donor countries - the United States, the United Kingdom and Japan - .are among those receiving the lowest number of refugees, both in absolute and per capita terms.

Financing the burden of hosting refugees outside of national borders of course is not a condemnable trend as such, even if the entire spectrum of costs entailed by such activities is very difficult to measure. As a UNHCR report had stressed a few years ago, costs incurred include not only the construction of buildings and salaries and other expenses of officials and members of the security services who are responsible for refugee-related tasks; they also entail a wide range of economic, environmental and infrastructural costs for the countries hosting significant number of refugees.

However, as the UN report prepared for the forthcoming high-level meeting on large movements of refugees and migrants has suggested, cash transfers alone are not sufficient to meet evolving migration and asylum challenges. The time has come to develop and implement a multifaceted strategy involving all national and international public and private actors - what the UN Secretary-General has termed a ‘Global compact on responsibility-sharing for refugees’ and a ‘Global compact for safe, regular and orderly migration’. Some of the key tenets of the UN proposed plan include the stepping up of international support for key receiving states, through cooperative arrangements and assistance and expertise where needed; support for viable and sustainable livelihoods for both refugees and host communities with a view to contributing to the development of local economies; facilitation of the refugees’ right to legal employment; responsibility-sharing through new frameworks for inter-State cooperation at regional and global levels, and through financial and in-kind support, technical assistance, legal or policy measures, personnel and resettlement places or other pathways for admission of refugees; development of a comprehensive refugee response in collaboration with all relevant actors on the basis of a “whole of society” approach, including the United Nations, international organisations, national and local authorities, civil society partners, academia, the private sector and the media; and development of more opportunities for safe, orderly and regular migration, including labour mobility at all skill levels in line with labour market needs.

While the proposals contained in this report, which are not always first-hand, are generating some scepticism among refugee policy experts, it would be unfair to dismiss the UN’s efforts to engage in renewed international negotiations aimed at involving a larger number of actors in the on-going refugee crisis, and at recognising the global public good that refugee receiving countries provide on behalf of the international community.

While it is of course unlikely that either the World Humanitarian Summit that was held this week or the UN High-Level Meeting to be convened in September will transform fundamentally current national, self-centred approaches to migration and refugee affairs, the new international cooperation framework proposed by the UN will at least contribute to increasing awareness and creating a mechanism for early consultations with all relevant countries and other stakeholders in the event of future mass movements of refugees. Furthermore, the suggestion that displaced persons and refugees have the potential to create or fill jobs and strengthen local markets, and therefore should be offered productive and taxable economic opportunities, must also be commended in view of the persisting tendency to only approach refugee affairs through the prism of purely humanitarian and vulnerabilities-based considerations.

Solon Ardittis is director of Eurasylum, a European research and consulting organisation specialising in migration and asylum policy on behalf of national public authorities and EU institutions. He is also co-editor of Migration Policy Practice, a bimonthly journal published jointly with the International Organization for Migration (IOM).