GLI at the G7 - A New Age of Global Summitry? 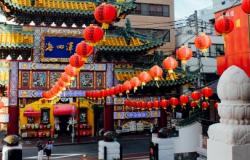 Media Centre - G7 Ise Shima Summit. The year 2015 marked an extraordinary year for global summits and the collective action problems they sought to tackle. As a brief sample, in July international diplomats met in Addis Ababa to discuss the direction of, and their financial commitments to, global development. In December top diplomats again met in Paris at the COP21 to negotiate a new set of climate change mitigation targets. In September, representatives met in New York to finalize the post-2015 Sustainable Development Goals (SDGs), which in the end listed an ambitious set of 17 international development goals, with a daunting inventory of 169 performance targets.

This is further evidenced by the fact that there were more international summits in 2015 than at any time since the end of WWII. Furthermore, 2015 saw a 467% increase (from 2014) of statements from global leaders about the need for collective action in the face of serious and growing global problems. As part of these pronouncements, the list of topics such as gender equality that reached the level of ‘high politics’ increased. Lastly, 2015 set a new record for the attendance of senior diplomats and world leaders in global summitry processes. Unlike anything since the end of WWII, it is now common to see world leaders like Merkel, Obama, Cameron, Abe, Putin and Xi attending global summits and making joint-announcements about the need for global unity and action.

Yet, despite the fact that this might signal a ‘new age’ for global summitry, there remain pressing concerns about the ability of these summits to produce the kinds of global reforms needed to tackle global problems. For example, despite focusing on how to finance the SDGs at the Addis summit, the negotiations only produced the same funding commitment of .07% of GNI from wealthy countries, a target that was set seven years prior to the Addis meeting and to which has failed to be met by any G7 country other than the United Kingdom (in two of seven years). This underwhelming performance has also dogged negotiations at COP21, where there is still widespread agreement that the COP21 commitments will not satisfy the 2 degree threshold recommended by both the United Nations and the scientific community. Lastly, although the SDGs show considerable normative agreement, it is already clear that Goal 17 to ‘revitalize the global partnership for sustainable development’ is not precise enough in terms of governance and compliance to overcome key issues that dogged the Millennium Development Goals. As a result, there are increasing criticisms that the SDGs have set up 2030 as yet another benchmark for goals unmet.

To move forward, if 2015 represents a new age for global summitry, then 2016 needs to represent a year for global action. If not, as in the past, the hard-won normative agreements reached through global summits in 2015 will again fall short in political practice. Thus, to change course, this G7 summit presents an opportunity for seven of the richest and most powerful countries to put words into action and to take further steps to advance promises already made. If done, the G7 can set a tone for progress that can spark further commitments and actions from non-G7 countries. This is because, as much as there is a precedent for past G7 inaction, there is also a precedent for global mobilization around G7 leadership. For example, both the GAVI Alliance and the Global Fund to Fight AIDS, Tuberculosis and Malaria were the direct outcome of the 2000 Japanese G8 Summit in 2000, where members not only pledged their political support for these new institutions, but also provided substantive support to launch the programs by investing over 11 billion US dollars. What this shows, if nothing else, is that the G7 can provide some needed leadership within the broader spectrum of global summitry, and by doing so, usher in a new age of global summitry with more bite than bark.