The Art of the Meal: The Logistics of Hosting a Successful G7 Summit 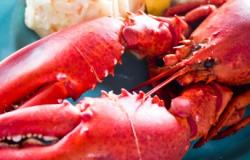 International Media Centre – G7 Taormina Summit. Hosting a successful G7 is both an act of logistical mastery as well as an art form. Getting the balance right reaffirms a country’s worthiness of having its place at the G7 table, while also providing unique opportunities to promote its political, economic and cultural significance to the world.

In terms of security preparation, the G7 requires the host country to locate a venue that is not only iconic, capturing its national history and natural beauty, but which can also provide sufficient security to safeguard several of the world’s most powerful leaders. In terms of the latter, this involves the deployment of thousands of military and security personnel, which are positioned around the summit venue, the media centre, in the towns surrounding the summit, and the closest airport. In the case of Taormina, this has involved the deployment of a wide array of security assets, including two Italian navy destroyers, a US aircraft carrier, 12 redeployed attack aircraft, the mobilization of 7,000 state police officers, 2,900 military personnel, and even a special Baywatch police unit designed to patrol the beach on jet-skis.

Hosting the summit also requires the logistics of getting leaders to and from the summit venue safely. This often means that commercial aircraft are restricted from surrounding airspace and that the roads leading to the venue undergo multiple security sweeps, which are then immediately closed to non-summit traffic. In Taormina, security preparations have involved building a new heliport for US President Donald Trump as well as the need to widen the road from the heliport to the summit venue at Hotel San Domenico.

Once the summit begins the host will need to have organized every detail, from strict adherence to diplomatic protocol to preferences for food served at the gala dinner. In Taormina, food has become a particularly tricky issue to get right. The two gala dinners will be prepared by a world-renowned Sicilian wedding planner, Luca Melilli, who had to be vetted by the Trump team (supposedly because of his fussy relationship with food).  As a symbol of national pride, Melilli claims to be ‘honoured’ by the opportunity to cook for the G7, hoping to highlight the ‘the artistry and cultural heritage of the island’.

Beyond the summit itself, the G7 host must prepare for the 6,000 members of the world media that will descend upon Taormina and its surrounding area. This requires constructing a media centre near the summit venue as well as organizing the media’s transportation, food and accommodation. Whereas the security preparations leave little room for error, the host’s preparations for the media can vary dramatically.

On one hand, the Japanese hosts for the 2016 lse-Shima G7 summit made it a point of pride to impress the world’s media by organizing cultural performances and constructing a cultural center to showcase Japanese technologies and traditional goods. Here the media were treated to sake and tea tastings, sushi made by Japan’s greatest cooks, and encouraged to engage with interactive stalls filled with the latest Japanese technologies. To further promote Japanese culture, each press member was given a designer bag full of Japanese products with the hope that the media would expose these items to broader audiences. Lastly, the lse-Shima hosts organized a detailed and efficient transportation and accommodation structure that ran to Japanese precision. In doing so, the Japanese host actively wanted the media to have positive experiences with Japan’s culture and organization, so as to promote the ways Japan excels in the world. It is here where logistical preparation turned into a form of performance art.

On the other hand, the Italian hosts have greatly underplayed their opportunities to promote any sense of cultural heritage. Although the leaders will enjoy Sicilian cooking and a concert by the La Scala Philharmonic on Friday evening, the media have not been provided with opportunities to get a sense of Italy and its political, economic and cultural significance in the world. For example, the media centre has been placed in the basement of a nearby Hilton Hotel in Giardini Naxos, which despite its lovely sea view, does not offer a particularly Italian experience beyond the buffet style pasta in the cafeteria. In addition, the Italian hosts did not create a cultural centre and did not promote its traditional products as many other G7 hosts have done in the past. As a result, the Italians have significantly undersold themselves and seemingly not approached the G7 summit as a means to speak to the world.

The lack of positive ‘user-experience’ has also been the case with this G7’s logistical planning for the media and invited NGOs. Whereas the Japanese prided themselves on conducting a well-designed and efficient G7 that would impress the world’s media, the Italian hosts have missed a number of key logistical concerns. In particular, the designed G7 transportation network does not correspond with the accredited G7 hotels, thus forcing certain members of the media to seek alternative means. Lastly, there has been the rather embarrassing issue of the poor state of the accredited G7 hotels, which in our case, has been a hotel in Catania that leaves much to be desired. The hotel is run down in its appearance, which could be appropriately described as a youth hostel with towels, and which has charged us twice its presented rate on hotels.com. This is not the Italian experience one would wish to promote. However, as usual, the G7 youth volunteers and on-site staff have done an exceptional job to make sure that these logistical oversights have remedies.

In sum, it is not easy to host a G7 event and the demands of getting it right require both a mastery of logistics as well as the art of the cultural sell. While the leaders may have some opportunities to experience the ‘cultural heritage of the island’, it is doubtful that this heritage is being effectively transmitted to the rest of the world.

Early View Article - Back to the Future: Lessons from the 2009–2012 austerity policies for the aftermath of the COVID crisis