The Manchester Attack and the G7: Locating a ‘Strong and Stable’ Response? 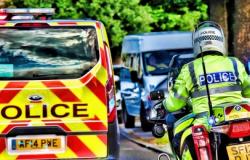 International Media Centre – G7 Taormina Summit. Terrorism has always been, unsurprisingly, an important aspect of the G7’s collective agenda. However, this year’s summit has the potential to be dominated by discussions on terrorism. In the wake of the May 23th Manchester terror attack, which claimed the lives of 22 concert goers, politicians around the world spoke out to condemn the attacks and pledged a global solution against the threat of Islamic terrorism. As a result, the immediacy of Manchester has no doubt put terrorism square in the minds of global leaders at Taormina.

To start, condolences and comments have already been made across the G7 leaders. Japanese Prime Minister Shinzō Abe condemned the “appalling act of terrorism” whilst German Chancellor Angela Merkel reacted in “sorrow and horror”. President Trump also used his NATO speech the day before the G7 summit to call for the “driving out” of terrorism.

Beyond words, Manchester can already be seen to be impacting G7 domestic agendas. Newly elected French president Emmanuel Macron took the opportunity to reiterate claims about the threat of Islamic terrorism in France and the necessity to extend the state of emergency, granting the state considerable new security powers.

In preparation of the G7 summit, Italian Prime Minister Gentiloni met with President Trump to ‘join efforts’ against terrorism. Such a move seems to indicate an increased focus on the issue and paves the way for consensus. Although terrorism was already considered a central pillar of Taormina’s priorities in terms of its agenda item regarding ‘citizen’s safety’, we can now expect recent events to heavily affect the priorities of this summit.

Indeed, UK Prime Minister Theresa May has used the NATO summit in Brussels to call for the creation of a global coalition committed to fighting ISIS. NATO has now committed its membership to this cause by pledging increased information sharing and military air-refueling for members engaged against ISIS. Thus, the leaders’ presence in Taormina indicates a clear trend towards international cooperation against Islamic terror, to which the G7 offers a platform for a more nuanced specification post-NATO.

Running parallel to this narrative of cooperation is the news that the UK will immediately stop information sharing with the US on the subject of the Manchester bombings. This statement is in light of leaks from the US intelligence community to the New York Times. Theresa May used the NATO summit to double down on condemnation of the leaks, which had already been negatively commented upon by the Chief of Manchester Police.

Consequently, given both the immediacy of the terrorist attacks, as well as tensions with Trump, Taormina represents some significant challenges for May. This is because she will be forced to straddle the need to push for international cooperation on terrorism, while appearing to take a hardline against the Americans for leaking information. This latter objective is even more pressing in order to appease the UK public in the middle of her election campaign.

Other potential lines of contention will involve the strategy to construct a meaningful coalition against ISIS. While G7 leaders unanimously agree upon a strong coalition based on their values and common struggles against terrorism, their agendas on how to confront and defeat terror differ sharply. Trump’s offensive approach and Trudeau’s more liberal stand is only one example of the divides that may hinder the leaders’ ability to successfully cooperate.

In spite of these divides, the NATO meeting signaled a united tone. The new NATO headquarters situated in Brussels presented two new symbolic artifacts that were added to the new building. These two artifacts, a piece of the North Tower from the 9/11 attacks and a part of the Berlin Wall, are deeply embedded with historical and political meanings, both of which highlight the common normative commitments of many G7 countries: democracy and freedom. In many ways the symbolism behind these artifacts helps to send a strong message from six of the seven G7 members. Namely, NATO leaders have now reconfirmed their original mission and placed combating terrorism at the core of their operating ideologies.

With such a distinctive focus on the common fight against terrorism, and with emotions after Manchester running high, this G7 summit could provide an opportunity for the leaders to solidify policies and improve their collaboration. In this way, the removal of political divergences has seemingly been helped through one traditional mechanism: finding a common enemy.

Early View Article - The results of internal devaluation policy as a crisis exit strategy: The case of Spain