Rolling out the Green Carpet for Trump 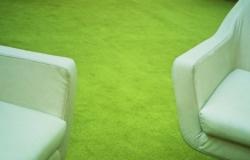 International Media Centre – G7 Taormina Summit. The recent terrorist attack in Manchester will no doubt be at the centre of much of the G7 discussions between the world leaders. Whilst this discussion is needed, one cannot help but notice the impact this will have on other important discussions such as climate change.

Indeed, whilst one can see the direct and devastating impact terrorism can have on a nation, particularly in the case of the recent Manchester terrorist attack where a suicide bomber targeted young children and teenagers, climate change is a slow process with devastating consequences. It will be interesting to see in the upcoming G7 Summit in Taormina whether climate change will be given any significant attention by the world leaders and the media in light of the terrorist attacks.

Nevertheless, many remain hopeful that this will be a significant summit for the future of climate change action. Certainly, with Germany and France being the only G7 members who will be on target to deliver on the Paris Agreement, the summit in Taormina will play an important role in addressing climate change and providing ways in which the Agreement can be implemented.

President Trump, who claimed that climate change is a concept “created by and for the Chinese”, will make his G7 debut as the President of the United States. His presence has raised doubts for the future of the Paris Agreement and climate change more generally, following his initial pledge to withdraw the United States from the 175-nation agreement. Among a number of climate-sceptic actions, Trump has signed an executive order to block Barack Obama’s Clean Power Plan and is undecided on whether to withdraw from the Paris Agreement. Despite expectations that Trump will reveal his final position on the Agreement at Taormina, talks with Pope Francis this week in the Vatican suggest that the decision will not be made until after his returns to the US.

However, this means that it is imperative for the leaders of the G7 member states to not only promote a better governance system for climate change action but also to influence Trump on his position on climate change before the end of the summit. If the G7 apply collective pressure on Trump by citing the economic benefits of adopting climate change action policies, there is hope that this may sway his opinion.

Pressure has already been applied prior to the summit from international companies. For example, 200 large firms, who when combined control $15tn in assets, wrote a letter to the G7 urging member states to uphold their 2015 commitments to the Paris Agreement. Whilst G7 and world leaders will likely attempt to persuade President Trump with environmental arguments, the letter to G7 members offers a much more convincing argument for Trump. The letter outlined the economic importance of the Paris Agreement, claiming that the agreement creates economic stability for investment and allows for better informed decisions. Additionally, clean energy is a growing market that is described as a huge opportunity for global firms. It will be interesting to see if the 6 fellow G7 members, plus EU representatives and further invited states, can push the final economic argument for environmental sustainability.

Nevertheless, there remain a number of sceptics, and rightfully so, of whether this pressure will work. Whilst a withdrawal from the Paris Agreement by the US would have a big impact on action against climate change given that it is the second biggest polluter in the world, the key for G7 leaders is to work collaboratively and stay on course. The Italian hosts must provide immediate strong leadership in the form of politically-binding commitments in order to strengthen and implement the Paris Agreement.