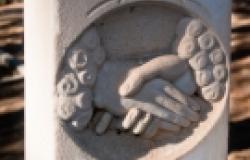 International Media Centre – G7 Taormina Summit. Global gatherings such as the G7 provide a rare chance to witness leaders personally interacting with one another. For those interested in international relations, they’re like a TV show cross over; all the best characters together in one episode. It can be tempting to pay more attention to the social interactions between our political heroes and villains than to the actual discussions. After all, watching leaders meet for the first time is a bit like watching the Channel 4 show First Dates. But are we over-analysing? Or are the greetings, handshakes and small-talk really a microcosm of international relations?

When German Chancellor Angela Merkel met US President Donald Trump for the first time this year, the focus of many news outlets afterwards was on Trump ‘refusing’ to shake Merkel’s hand. The Guardian used the headline “No shake: Donald Trump snubs Angela Merkel during photo op” and Buzzfeed tweeted “Trump denied Angela Merkel a handshake and it was the most awkward thing ever”. Merkel and Trump did share a photographed handshake afterwards, and Trump tweeted that the meeting went very well. He has also praised Merkel on Twitter in the past. The handshake issue doesn’t seem to have been indicative of the US government’s intentions towards Germany. On this occasion, maybe we were reading too much into it.

In another handshake controversy, former UK foreign secretary Jack Straw was criticised in 2004 for shaking hands with Zimbabwean President Robert Mugabe at a reception in New York. Mugabe was condemned by the UK government for running a violent and corrupt regime, and the handshake was described as a “scandalous betrayal” by a spokesperson of the opposition Conservative Party. In response, Straw stated that he didn’t know who he was shaking hands with at the time, and that political disagreements shouldn’t inhibit courteous behaviour. His comments imply that had he known who Mugabe was, he may have continued to shake his hand anyway, so as not to appear impolite. This highlights an interesting contradiction. We all know reasonably that to shake a person’s hand doesn’t mean to condone their actions, yet we’re still uncomfortable with any display of amicability between the representative of our country and the one we condemn. For observers, the symbolic implications seem to outweigh the actual intentions.

In another case of symbolism, when the former South Korean President Park Geun Hye met with Japanese Prime Minister Shinzo Abe in 2014, as part of talks that included South Korea, Japan and the US, her reaction to Abe’s greeting was telling of tensions between the two countries. In a press conference with the three leaders, Abe greeted Park in Korean, with the phrase: “President Park Geun Hye, it’s nice to meet you”, to which Park gave no response. Her reaction was likely indicative of the tensions between the two leaders over Japan’s history textbooks and the ‘comfort women’ issue. It could also be described as a strategic snub, given Abe’s significant unpopularity among the South Korean population, who Park would have been keen to please. The brief incident said a lot about Japanese-South Korean relations.

Ultimately, diplomacy between world leaders is partly real discussion and partly performance. And like theatre, has lots of room for multiple interpretations. Whether observers are accurate in their readings or not, they will continue to scrutinise every exchange. Leaders coming to the G7 in Taormina would be well advised to choose their company wisely, listen carefully at all times, and remember that their choices might become the next “most awkward thing ever” on Buzzfeed.