Are there Good and Bad Varieties of Deindustrialisation? 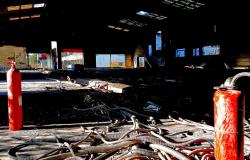 Deindustrialization has become the experience of many middle income developing countries. This week on the ESRC GPID blog we start a series of blogs on that topic.

We’ve covered before the question of what is deindustrialization and whether it matters.

To recap, deindustrialization is typically defined as a shrinking proportion of industrial or manufacturing activity in employment and/or value-added. One could extend this to the proportion of manufactures in exports.

To date though much discussion of deindustrialization has taken place with reference to the developed world. In terms of developing countries, both Gabriel Palma and Dani Rodrik have discussed such processes as ‘premature deindustrialization’ whereby manufacturing and/or industry starts contracting at earlier levels of development (see our respective GPID briefing paper).

Deindustrialisation can though take several modalities, namely manufacturing and/or industry may shrink in relative or absolute terms; GDP and/or employment shares and/or export shares accounted for by manufacturing and/or industry may shrink too. At the same time, it may be agriculture that expands or it may be services that expand or both and then each of these may be towards higher or lower productivity activities relative to the shrinking sector.

This resonates with the seminal work on advanced countries of Rowthorn and Wells who discussed some time ago, with reference to advanced countries, ‘positive’ and ‘negative’ deindustrialisation. In the former unemployment does not rise as labour transferring out of manufacturing is absorbed in the service sector with new jobs. In the latter, labour is not reabsorbed and unemployment rises. They note a third type when the structure of net exports shifts away from manufacturing and thus labour and resources do so too.