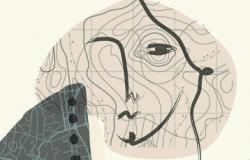 In an important contribution to the literature on diaspora studies, Alan Gamlen’s latest book aims to address a key set of puzzles: what accounts for the emergence and widespread diffusion of diaspora management institutions given that they appear to violate key aspects of the modern international system? At the same time, why did diaspora institutions grow so slowly until the 1990s, only to become remarkably widespread today? Over eleven detailed chapters, Gamlen draws on large-scale quantitative comparison in combination with fieldwork and in-depth interviews across numerous states, in an effort to understand the proliferation of such ‘formal state officers dedicated to emigrants and their descendants’ (p. 9). The main argument he puts forth is that existing, state-centred explanations are insufficient, particularly if we take a longitudinal approach: ‘as time has passed,’ Gamlen writes, ‘the drivers of diaspora institution formation have gradually shifted from strategic, nation-building and economic development, to more symbolic purposes connected with conformity to regional and global standards of migration management’ (p. 49). In fact, he argues that we need to understand the global rise of diaspora institutions by paying closer attention to the ‘international forces shaping state behaviour from the outside’ (p. 12). These factors encourage diaspora institution-building as part of a set of best practices within the evolving global migration regime – or, as he calls it, ‘a multi-layered patchwork of regulatory institutions and practices’ (p. 186). For Gamlen, diaspora institutions emerge across three phases: firstly, in a period broadly situated between the mid-twentieth century and the 1990s, a small number of postcolonial states sought to use such institutions to bring in exiles at times of ‘regime shock’ that followed the collapse of totalitarianism; secondly, from the mid-1990s onwards, diaspora institutions were gradually adopted by a range of states aiming to manage mobility, particularly within regional groupings, but they remained the exception rather than the norm; finally, from the early 2000s onwards, we witnessed a tremendous rise in the adoption of diaspora institutions as a range of international actors actively promoted them across the world. The book’s structure reflects the historical development of diaspora institutions: it starts with a discussion of these three phases and an overview of the data as well as an analysis of the first phase of the process (Chapters 2 and 3, respectively), before moving to a detailed discussion of ‘regime shock’ in the contexts of Eritrea, India, and Mexico in Chapter 4. Chapter 5 focuses on the rise of diaspora institutions across Asia as a form of labour export, while Chapter 6 details the second phase of diaspora institution-building, primarily within the European Union context. Chapter 7, another regionally focused chapter, examines particular tensions within states’ competition for populations in the Black Sea region. In Chapters 8, 9, and 10 Gamlen details the last phase of the process once diaspora institution models became adopted on a global scale. Finally, Chapter 11 offers a summary of the book’s argumentation and notes its main contributions, while also identifying areas for future research.

The book is characterised by attention to methodology and proceeds in a careful manner: Gamlen initially uses quantitative data to establish the proliferation of diaspora institutions and subsequently relies on qualitative material in order to understand the various factors that led to this – be they regional, supranational, or organisational-institutional. This is a particular strength of the work, which aims to move the field beyond small-N studies that have dominated it over the last few decades. The author’s dataset includes ‘formally named, funded, and staffed offices housed within the executive and legislative branches of migrants’ origin states, which are dedicated to affairs surrounding emigrants and their descendants’ (p. 31). The dataset spans over an impressive 36-page appendix, which features institutions by 118 (out of 193) United Nations member-states. He also relies on extensive interviews and analysis of documents across dozens of countries and international organisations, offering a magisterial account of global diaspora policymaking. While one may quibble about how the remaining UN member-states may have also engaged in diaspora outreach (more on this below), Gamlen’s detailed work remains a fantastic contribution that will be useful to researchers of migration and diaspora, as well as citizenship, for years to come.

Beyond the book’s masterful analysis of the historical evolution of diaspora engagement institutions, I was particularly impressed by the particular conceptual terms that Gamlen employs to describe a range of processes related to states’ diaspora outreach. For one, ‘human geopolitics,’ namely the strategic competition over people but not over territory, is able to uniquely encapsulate the shifting nature of diaspora governance. At the same time, terms such as the ‘diaspora engagement industry’ ‘safety valve emigration,’ ‘benchmarking loops,’ and ‘donor menus’ are introduced to help explain much of the book’s argumentation in a way that is bound to resonate with both academics and policymakers. Importantly, Gamlen is also careful to avoid putting forth an overly optimistic take regarding the rise in states’ interest towards their populations abroad within shifting international standards and sets of best practices for sharing responsibility over cross-border mobility. In fact, he concludes with an important warning note about the need to discuss what would constitute reasonable practices of diasporic engagement and what might not. In an era when states’ abuse of power over their populations abroad appears increasingly common, Gamlen’s final note is both timely and important.

One critical note that I would raise refers to the states that appear not to engage with their diasporas. While Gamlen skilfully evades the long-standing and, by now, somewhat worn-out debate on what constitutes a diaspora by relying on Vertovec’s work (who defines it as ‘an imagined community living away from a professed place of origin’), a question remains on the precise limits of Gamlen’s definition of a diaspora institution. As a researcher of the Middle East, I expected a discussion of security-centred practices of transnational authoritarianism, which receive less attention in Gamlen’s book. Libya, for instance, developed transnational infrastructures of political operatives that were interlinked into social networks of emigrants and diaspora for the purposes of surveillance and control. Should the practices of such states (building on Gamlen’s earlier work, I describe them as ‘authoritarian emigration states’) be included in our understanding of human geopolitics? How does states’ negative engagement with emigrants and their descendants abroad fit into the book’s framework and related data? Arguably, Gamlen has produced an ambitious and compelling work that can, and should, be employed as a catalyst for further research into the complexity of global diaspora and migration policymaking.

Dr. Gerasimos Tsourapas is Senior Lecturer in Middle East Politics at the Department of Political Science and International Studies, University of Birmingham.