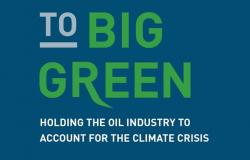 The machine is out of control; it doesn't take much to see that living conditions are becoming increasingly uncertain, precarious, and unpredictable. Every year temperatures are higher than the years before. And this has its consequences: deadly heat waves, crop failure, water shortages, fires and glacier collapse. The climate and ecological crisis is not our future, but our present. But despite the avalanches of data and evidence of the damage that fossil fuels cause, something remains inarticulate in the narratives and analyses of this situation and the future that awaits us. There is an elephant in the room and no one knows exactly what to do with it.

Marco Grasso’s book From Big Oil to Big Green offers a refined and documented analysis of what constitutes a fundamental piece of current economic, political, and sociocultural life: the fossil fuel industry. The originality of this work does not lie, however, in a sectoralized analysis of a component of the extractive apparatus; rather, starting from the role of Big Oil, it highlights the consequences generated by the use of fossil fuels from a socioeconomic and political point of view and seeks to establish a moral framework for reparations for the damage caused, particularly to the most vulnerable people, as well as to decarbonise our socio-energy systems. 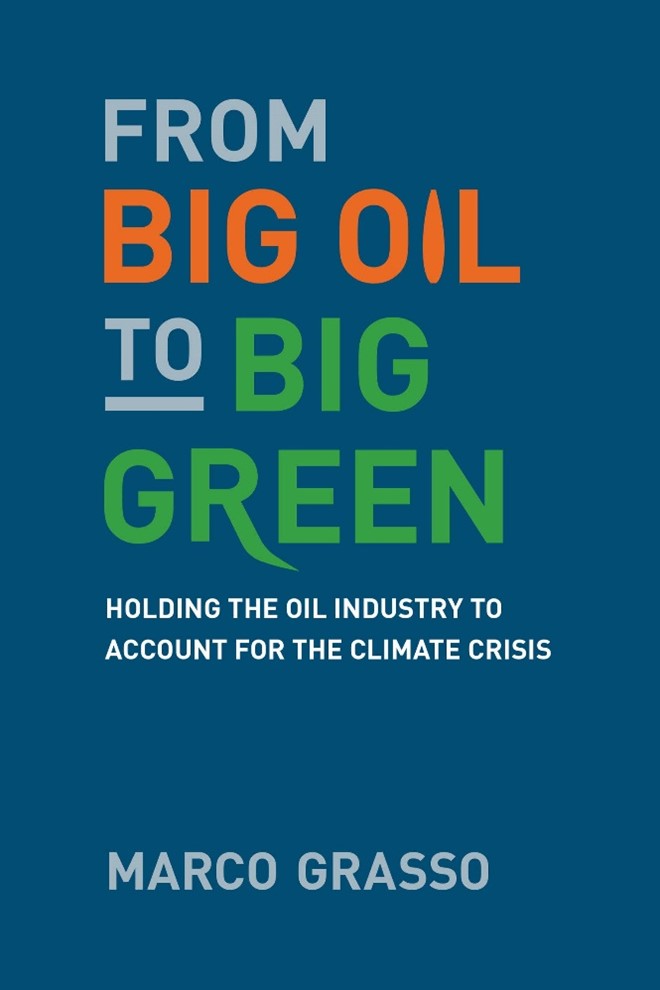 The book is divided into three sections: The Climate Crisis: All Roads Lead to Big Oil, Big Oil's Responsibility and Duties, and What Big Oil Must Do. They are like puzzle pieces; only by putting them together can we see how we will transform today's socio-energy systems and our collective life. The book is articulated around the actual crisis, the responsibility and moral duties of Big Oil, and the definition of agents of destabilisation capable of pushing socio-energy stems towards the ‘Big Green'.

Fossil fuels do not only seep through the pipelines that transport them from extraction sites around the world to final consumption: their presence can be found in the palaces of power, in newspaper offices, in major cultural events, in finance, in prestigious universities and research centres. Therefore, it is not a product like any other and its continuity is a risk to the future of humanity. In fact, it is “the driving force behind the current carbon-intensive socioeconomic system” (34); these companies “are the corporate entities that have been dictating the rules of the game in terms of fossil fuel dependence for other businesses” (142), closing the doors to a rapid and just exit.

Despite the ubiquity of fossil fuels and the power of the industry, Grasso shows that the oil and gas companies have so far managed to avoid public accusations: "they have always somehow managed to narrowly escape condemnation, indeed in many cases even recognition, for their role in the system”. This is because they not only use techniques to misinform public opinion – they also do that – but they constitute what Grasso calls a fossil power bloc: “fossil fuel companies, governments, industry representatives, institutions, and international managerial elites form a seemingly impenetrable barricade of interests capable of exercising instrumental, discursive, institutional, and material power to ensure that approved policies did not undermine the centrality of fossil fuels” (151). The transition to new socio-energy models has proven to fall far short of what needs to be done. This inertia, as Grasso shows, results from the constant obstruction operated by this bloc. In other words, left alone, the fossil industry will continue the road that leads to climate, social, and political catastrophe.

The central objective of the book is that of establishing the normative and prescriptive basis for addressing these issues: stopping the damage and defining the criteria for its remediation/reparation. Defining a framework of responsibility and duties of major oil and gas companies can serve as a useful basis for facilitating the consolidation of emerging anti-fossil fuel social and moral norms, condemning the industry for its deliberate involvement with such a harmful product. But far from limiting itself to a normative analysis of the criteria of justification and moral duties, the book argues that defining a normative and prescriptive framework can help civil society and other stakeholders to engage, in a democratic and non-violent way, and erode the power of oil and gas companies.

The proposed framework can also favour the introduction of binding provisions that oblige these companies to address past harm caused by their activities and to steer their future behaviour towards less harmful business models. The introduction of fossil fuel companies as moral agents in the context of climate change opens the door to a very useful avenue of inquiry in climate ethics, which can have major implications for climate governance and policy. This alternative way of recognizing the responsibility of different agents in the global system could change approaches to rectifying the damage caused and the related distribution of burdens and benefits, influence welfare patterns among agents, and change the flow of significant financial resources as well as other assets between current and future generations.

This leads us to the third and last point of great relevance of this book: the definition of the agents of social transformation is relational. In this way, any point of the fossil bloc can become a target of destabilisation. This theoretical movement of the author allows us to establish a position of analytical and political relevance to these agents. How to confront a power bloc that cuts across the material and subjective dimensions of the daily lives of much of the world's population? Grasso defines these political subjects as agents of destabilisation. The advantage of this category is that it allows us to follow how these agents disseminate new moral values and in what way – and with what instruments – they seek to destabilise the fossil industry power bloc. According to Grasso “various smaller agents with relatively limited power – by and large belonging to civil society, subnational political systems, business, research communities and other collective organisations and groups – should be able to induce a formidable agent – Big Oil – to radically change its behaviour by destabilising it within the oil complex as well as undermining the very foundations of the oil complex itself (172)”.

All in all, From Big Oil to Big Green makes it possible to look and to deal with the elephant in the room – and not to simply execute it – and argues that oil and gas companies are new central players in climate ethics and policy. Their role in global climate governance must be consistent with what they have played in climate change along with states, individuals, and other actors. Broadening the perspective from states to oil and gas companies opens up new possibilities for them to become part of the solution, rather than passive and profitable bystanders of continued climate disruption. On the other hand, the social condemnation of fossil fuels and the prospect of escaping the current carbon lock-ins are greatly favoured if oil and gas companies are recognized as crucial agents in climate change with specific responsibility and duties. Grasso's bet is that a balance can be found between economic rights of these companies and other more universal rights (such as the right to a healthy climate). But as he incisively claims, for this to happen, it is first of all necessary to destabilise the power bloc that guarantees the continuity of fossil fuels.

Daniel Delatin Rodrigues is a researcher in the Department of Sociology at Università degli Studi di Milano Bicocca. Email: d.delatinrodrigues@campus.unimib.it