US Hegemony and Rising Powers in the Era of Trump 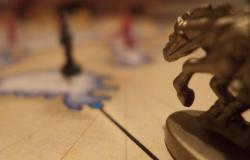 The world appears to be shifting into an era of intensified uncertainty. The rise of increasingly independent powers across the planet, coupled with an American president who seems to lack a coherent grasp of reality, suggests that the tendency towards US decline on the world stage may be progressing. On a broad scale, in the history of the modern world, large scale shifts in world power have gone hand-in-hand with major bouts of international conflict. For the sun never to set on the British Empire, a series of Anglo-Dutch Wars were fought from the mid-seventeenth century, the Seven Years’ War solidified British predominance over the French, and the violent history of colonial rule along with the production of cotton by black slaves in the American south made possible British supremacy. While by the end of the 1800s the United States, inventor of the modern corporate form, was beginning to emerge as the world’s dominant industrial power, it took two of the most destructive and massive wars in human history to finally begin to dislodge European global colonial rule and replace it with American hegemony. And, for that matter, American leadership in the international system always depended on countless overt and clandestine interventions across the world to make sure the USA stayed on top. 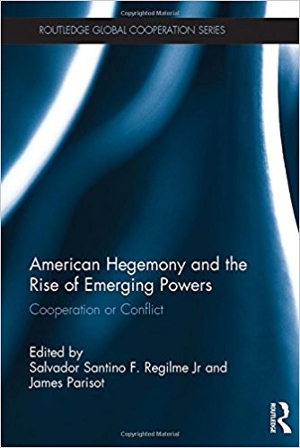 Yet it appears this American-led structure of global order may be disintegrating. The rise of China and other emerging and reemerging powers, along with a US president who lacks legitimacy both domestically and internationally, signifies a winding of the cracks of American global leadership. While Obama’s strategy of keeping American number one perhaps more realistically understood as well the limits of American power, Trump’s reign emerges to be one of historical illusion, seen in the fact that he recently publicly defended his own ‘genius’ and purportedly watches up to eight hours of television a day and brags about the size of his nuclear launch button. His Presidency, fueled by right-wing white supremacy and sexism as well as the mirage of infinite power in the minds of the financial elite, seems, if anything, to risk bringing us closer to global conflict in this transitionary age. Meanwhile, from the formation of the BRICS Development Bank to the New Silk Road, it appears that ‘the rest’ may need ‘the west’ less and less.

The risk for our age of transformation, then, is the question of war and peace. While previous major power transitions have gone hand-in-hand with large explosions of international violence, does the current transition entail similar prospects? No predominant world power can remain there forever. The unevenness of historical development has meant that the patterns of rule that leading world powers follow may get them to the top, but other powers may follow, and then surpass, these powers. While in the short run, American military power remains dominant, it is not always clear how effective—take Vietnam and Iraq for example—this power may be for sustaining hegemony. While Silicon Valley still absorbs highly educated brainpower from around the world, in the long run, China and other countries may continue to catch up and surpass American research and development facilities. And while, for now, Hollywood remains a staple of American soft power, could it be the case that one day, instead of the Chinese spending the RMB watching Marvel’s Captain America, Americans may spend millions of dollars watching ‘Captain China’?

While not presenting all the answers to these big questions, our book American Hegemony and the Rise of Emerging Powers: Cooperation and Conflict offers some tentative answers. One theme is ideological; whatever may be the case in terms of the material underpinnings of American power in the global political economy, the prospects of war and peace depend upon how actors in positions of great political power interpret international change, and what decisions they may make and risks they may take. It also suggests that it would likely be an overstatement to say American hegemony is in decline, at least in the short run. While it is the case that China’s rise has transformed world power and rising powers are building new relations across the globe, the United States is not passively sitting by, but acting to reestablish its international weight, limiting the ability of emerging powers to build a network of power outside of American hegemony. The book also suggests that new relations of power, such as the development of a market for offshore RMB in London, may be subtler and hidden from the naked eye then we realize: or than most existing theories of international relations may account for.

James Parisot received his PhD in Sociology from Binghamton University, USA, and is part-time Faculty in the Department of Sociology at Drexel University, USA. He has published articles in journals including, among others, Third World Quarterly, International Critical Thought and the Journal of Historical Sociology.

Salvador Santino F. Regilme Jr. is currently an Assistant Professor of International Relations (Universitair Docent) at the Institute for History, University of Leiden. He previously held tenure track faculty positions at Northern Illinois University, DeKalb, IL, USA and at De La Salle University-Manila, Philippines. He was appointed as Käte Hamburger Postdoctoral Fellow at the Center for Global Cooperation Research at the University of Duisburg-Essen, Germany and a Fox International Fellow at the MacMillan Center for Area and International Studies at Yale University, USA. In 2015, he earned his PhD (Dr.rer.pol.) at the Freie Universität Berlin, Germany.